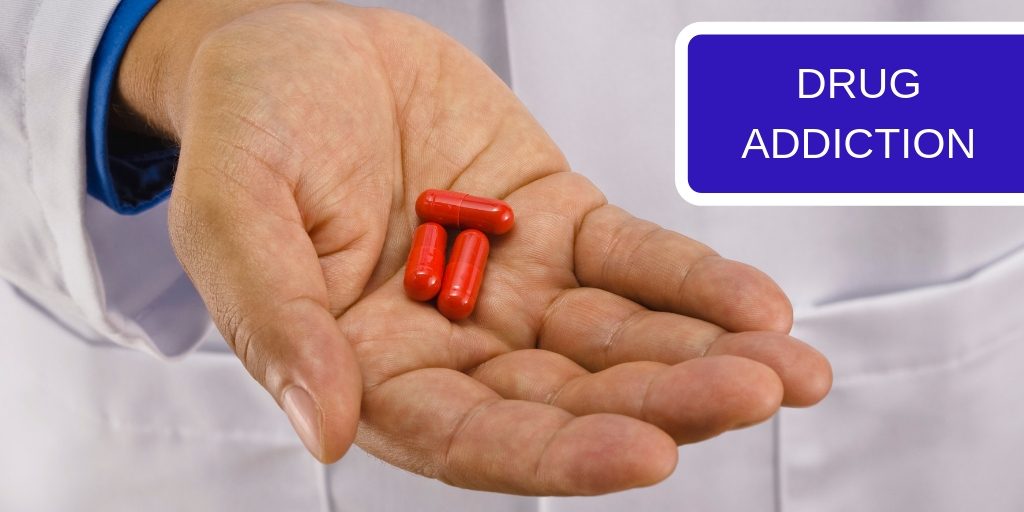 Individuals who suffer from drug addiction, often have one or more accompanying medical issues, including lung and cardiovascular disease, stroke, cancer, and mental disorders.

Imaging scans, chest x-rays, and blood tests show the damaging effects of drug abuse throughout the body. For example, tests show that tobacco smoke causes cancer of the mouth, throat, larynx, blood, lungs, stomach, pancreas, kidney, bladder, and cervix. Also, some drugs of abuse, such as inhalants, are toxic to nerve cells and may damage or destroy them either in the brain or the peripheral nervous system.

Depending on the type of drug used and frequency of use, substance abuse can cause a host of damaging medical conditions that may have long-term effects on the user.

Does drug abuse cause mental disorders or vice versa?

Drug abuse and mental disorders often co-exist. In some cases, mental diseases may precede addiction; in other cases, drug abuse may trigger or exacerbate mental disorders, particularly in individuals with specific vulnerabilities

What harmful consequences to others result from drug addiction?

Beyond the harmful consequences for the addicted individual, drug abuse can cause serious health problems for others. Three of the more devastating and troubling consequences of addiction are:

Negative effects of prenatal drug exposure on infants and children.

It is likely that some drug-exposed children will need educational support in the classroom to help them overcome what may be subtle deficits in developmental areas such as behaviour, attention, and cognition. Ongoing work is investigating whether the effects of prenatal exposure on brain and behaviour extend into adolescence to cause developmental problems during that time period.

Second-hand tobacco smoke, also referred to as environmental tobacco smoke (ETS), is a significant source of exposure to a large number of substances known to be hazardous to human health, particularly to children. According to the Surgeon General’s 2006 Report, The Health Consequences of Involuntary Exposure to Tobacco Smoke, involuntary smoking increases the risk of heart disease and lung cancer in never-smokers by 25-30 per cent and 20-30 per cent, respectively.

Injection of drugs such as heroin, cocaine, and methamphetamine accounts for more than a third of new AIDS cases. Injection drug use is also a major factor in the spread of hepatitis C, a serious, potentially fatal liver disease and a rapidly growing public health problem. Injection drug use is not the only way that drug abuse contributes to the spread of infectious diseases. All drugs of abuse cause some form of intoxication, which interferes with judgment and increases the likelihood of risky sexual behaviours. This, in turn, contributes to the spread of HIV/AIDS, hepatitis B and C, and other sexually transmitted diseases.

The medical effects of drugs have the potential to cause serious physical and psychological harm. If you or a loved one is struggling with substance abuse and looking for help, please call our helpline right now. Our admissions coordinators are available 24 hours a day to talk in more detail with you about the effects that drug abuse has on the body, as well as ways that you can get help with a substance use disorder. Call us today to learn more.