“I am an ALCOHOLIC” 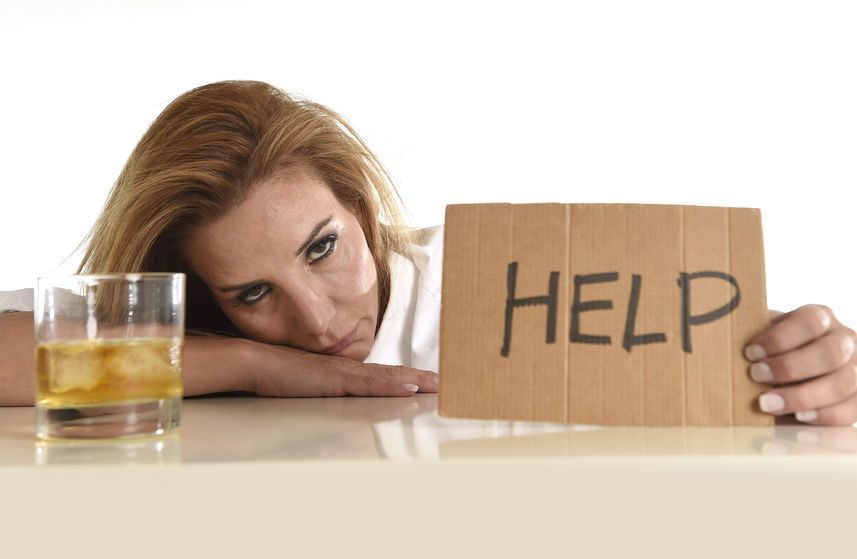 “I am an ALCOHOLIC”

For 14 years, Mary was a heavy drinker. She never thought of herself as an alcoholic, because her drinking and occasional prescription drug abuse occurred within the confines of the upper-middle-class home where she lived with her husband and three young children. She says, “I had a bunch of cars, my kids were in private school, I looked all right. The problem was, I was dying.”

It’s been nearly two decades since Mary has taken a drink of alcohol, but she can easily recall its initial comforting, sedating effect. “I can still feel [my] arm going down and [the alcohol going] even into [my] fingers and just feeling relaxed,” she says. “That terrible tenseness would dissipate.”

Outside Looking Fine. What Abount the Inside?


For a long time, it was easy for Mary to deny she had an alcohol addiction. She never drank alcohol in the morning or at lunch. Her kids never came home from school to find her drunk. Despite a daily hangover, she would get out of bed each morning, get her children off to school, participate in community activities, keep lunch dates with friends, and shop at the supermarket. “I looked like a normal housewife. I wasn’t bleary-eyed, my teeth were fine, my clothes were fine.”

Mary says she went to a lot of effort to look the part. “That was very important because if I looked okay on the outside, maybe I was okay on the inside,” she says. But she wasn’t. In 14 years there wasn’t a day that went by in which she didn’t drink alcohol. “I drank in hospitals, having babies,” she says. “I mean, I drank.”

Mary’s drinking pattern was not that of the stereotypical alcoholic. She didn’t go out and have affairs, dance on bar tables, or crack up her car. She drank at home. She didn’t start drinking until around seven o’clock each night. But once she started, she would drink until she went to bed, and, the next day, she would be amazed at how much alcohol she had drunk — often nearly 3 bottles of wine. She felt horrible physically.

She tried to stop, but her vows of abstinence were always short-lived. “It’s amazing: You wake up every single day and say, ‘That’s it, I’m not going to drink anymore.’” But by four o’clock she knew she would have to take a drink that night. “Then I’d say, ‘Well, I’m going to stop at two or stop at three,’” she says. “I went to Mass every morning, and I would pray that I could stop at three drinks, which in fact I did, but they were in vats. The glasses got bigger and bigger.”

Like many alcoholics, Mary at first drank to “belong.” It gave her “a level playing field,” she says, as well as boosting low self-esteem. She began drinking at 23 after she married. Moving to a new community where she didn’t know anyone was difficult. Mary felt like an outsider. Painfully shy, Mary learned that “if I had a few drinks it would loosen me up. I felt as good as everybody else.”

Mary eventually confined her drinking to her home, to avoid trouble. Nor did she “booze it up” on hard spirits. She drank mostly wine and sometimes an aperitif out of a stem glass. However, she drank very large quantities. “You don’t have to be drinking vodka out of a bottle,” she says. “My drug of choice was wine, and I am a full-blown alcoholic.”

It can be hard for non-alcoholics to imagine the alcoholic’s overwhelming desire to drink even when it’s destroying life and health. Mary tries to explain. “In the morning you say, ‘I’m not going to drink.’ Then you seem to hit like a blind spot in your brain, where you go on automatic,” she says. “You’re not thinking anymore, ‘What about the kids? What about the marriage?’. . .  You just hit this blank spot, and you go to the fridge, you open it, and you pull out that bottle of wine.”

Today, 20 years later, Mary is a recovering alcoholic. As for many other recovering people, it took hard work in self-help groups and an intense effort within a treatment centre, with the help of Rehab Guide. “I never thought I could change. I didn’t think I was born with the coping skills to get through this life,” she says.

Mary’s renewed quest for sobriety began when she passed out in her bed one night and woke to learn that her youngest child had become ill in the night and tried to wake her, but was unable to. Finally, the child had instead woken her 11-year-old sibling, who took care of her. The thought of putting her children at risk was the push Mary needed to take back control of her life. After staying sober on her own for about three days, she sought treatment within  The treatment centre offered her the chance to detox safely and participate in the intense therapeutic program they had in place within it. With the expert guidance and support, Mary was able to lay foundations to begin her recovery.

Mary says she was “falling apart” when she started recovery. Having to admit publicly that she was an alcoholic was one of the most difficult things she had to face. “I knew I was a drunk. I didn’t want anyone in the world to know I was a drunk,” she says. “I wanted to die. I remember thinking at points, ‘I’m just going to raise these children, and then I’ll die.’”

She believes that one of the first steps to accepting the disease of addiction is acknowledging that the drug has taken control of one’s life: “Once you admit, ‘I’m completely powerless over this, it’s got me beaten, my life is ruined,’ then you have a chance.”

Finding spirituality helped Mary on the road to healing, this was a totally new experience for Mary however once Mary was in recovery, she says, she knew she had to pray: “I knew that I had to find a God that I could believe in.” Mary says there is now a spirit within her that gives her strength. She says, “If I can keep connected to that, I can do pretty near anything.”

Mary also realised she could rely on others and herself to help her recover. Whenever she would think about alcohol, she would call a friend or her therapist at the treatment centre. She also devised creative ways to conquer her desire to drink. She had always started drinking before dinner. Now, she would go to shopping malls in the late afternoon and eat dinner at four o’clock and then just walk around. “Having dinner [early],” she says, “took the edge off that terrible urge.”

Mary says the recovery has given her freedom, to be honest, and not wear masks. She describes active addiction as a “terrible monkey on your back, but today she has removed that monkey.

If you are reading this article and there are similarities between you and Mary or you have a loved one who is in a similar position. Don’t hesitate to pick up the phone today and call the team at Rehab Guide who will advise and support you to access a service like the one Mary found. There numerous options available to people so call today on 02072052845 and start your recovery journey.

What is Alcohol Rehab?