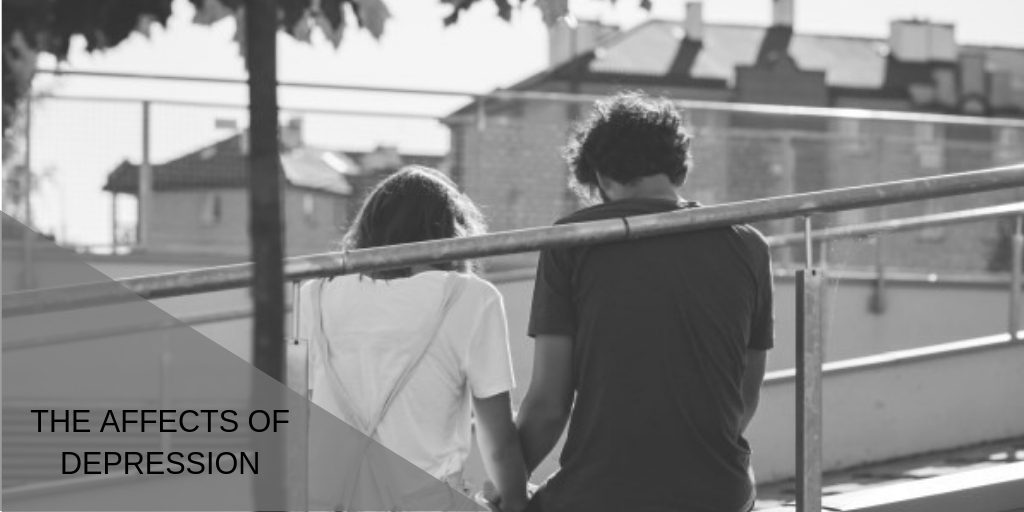 People with depression often say that they experience the world differently from others. They commonly report changes in appetite, and sometimes say that “time seems to drag on.” And the English language contains many metaphors that link depression with colour—we often say, for example, that someone with depression is “feeling blue.”

Alongside addiction, issues regarding mental health are constantly misunderstood by both the media and the public in general. It is this misunderstanding that keeps those people that need help from getting the help they need and stops many from searching for help in the first place.

#1: People suffering Depression just have a ‘case of the
blues’. It is not a matter to bother the doctor with as it is not a
medical issue.

This is one of the most common misconceptions around. Depression is not only a distinct medical disorder, but a regularly studied and
re-evaluated one. It is listed in the Diagnostic and Statistical Manual of Mental Disorders, the Journal used by the American Psychiatric Association and the Royal College of Psychiatrists. It has a set compilation of symptoms, and thorough guidelines have been set out for its’ treatment.

‘Thorough guidelines’ may seem a little vague, but no disorder of the brain is simple to quantify or solve. Like the common cold, depression affects different people in different ways, even if the underlying disorder is the same.

Its status as a medical disorder does not mean however that it can be treated with medication alone. Seeing your doctor for a
course of mediation is the first step, but integrating the meds into a shift in lifestyle and perception is key to recovery.

#2: People suffering Depression have a sort of moral
flaw. They’d be fine if they’d just ‘pull their socks
up’.

Again, a common misconception. Depressed people are not bad people, or unfortunate people, or even in many cases, unhappy
people. What they are is De-pressed, held down, not living the life they deserve because of a medical condition. If somebody has a
tumour or Cancer, we understand. We provide medical treatments and rehabilitation to make sure their condition improves. We do not
tell them to ‘get a grip’.

#3: Depression is part of the ageing process. It is
normal to go through depressed ‘stages’ when you’re young and as
you get older.

Here are some symptoms of depression in the Diagnostic and Statistical Manual of Mental Disorders.

Which part, which one, in particular, would you say is normal? It is a fact that the body goes through certain physiological changes
at different stages of its life. Some hormones become more active, some diminish. Bodies grow, then stop, then (appear to) shrink. The
same can be said about processes in the brain and their relation to our thought processes. Constant change is the only thing in life
that stays the same. Human change is a form of progression, a microcosm of evolution. The change should be about brand new and
exciting experiences. Saying depression is an unavoidable part of that seems entirely abnormal.

#4: Depression is genetic and can be passed from parents
to children.

Despite various scientific studies spanning many years, there is no evidence to suggest that clinically depressed parents make for
Clinically depressed children. What has resulted is a greater understanding of the ‘nature vs nurture’ debate and whether a
child’s genetics or environment affect their maturation more.

The child of a depressed person is more likely to mimic the parent’s reaction to difficult circumstances. If they become
overwhelmed and subsequently depressed, the child will mimic that when faced with situations of their own. If however, the parent
suffering depression acknowledges their disorder and educates their child about conflict resolution, then there is no reason for the
child to suffer at all.

#5: Depression will always stop you from achieving. Only
losers get depressed.

Some of the greatest and most instantly recognisable names in history have been diagnosed as clinically depressed, or we can
adequately infer it from their histories. These great names include Abraham Lincoln, Winston Churchill, Florence Nightingale,
Newton, Darwin, Hawking and Beethoven.

Beethoven continued creating awe-inspiring music after he became deaf! Florence Nightingale founded the profession of Nursing,
Charles Darwin rocked the scientific world with his theories on the origin of man and evolution, and Steven Hawking has been awarded the highest civilian award in America; the Presidential Medal of Freedom, even though he has neuro-muscular dystrophy.

Nobody could accuse these people of letting depression stop them from achieving.

Casual misogyny aside, depression is commonly seen as a women’s issue simply because women are more likely to report it. It is generally perceived as far more socially acceptable for women to admit to struggling with life’s trials, while men would be seen as somewhat weak both by themselves and others.

Therefore the levels of clinical depression in men are under-reported, and the figures show disproportionately high amounts of women suffering from depression.

What is a major issue is that men are more often successful at committing suicide than women (because of method rather than skill)
and so need the intervention of help and support more acutely.

If you or someone you love need help with one of these issues, please contact us immediately on 02072052845