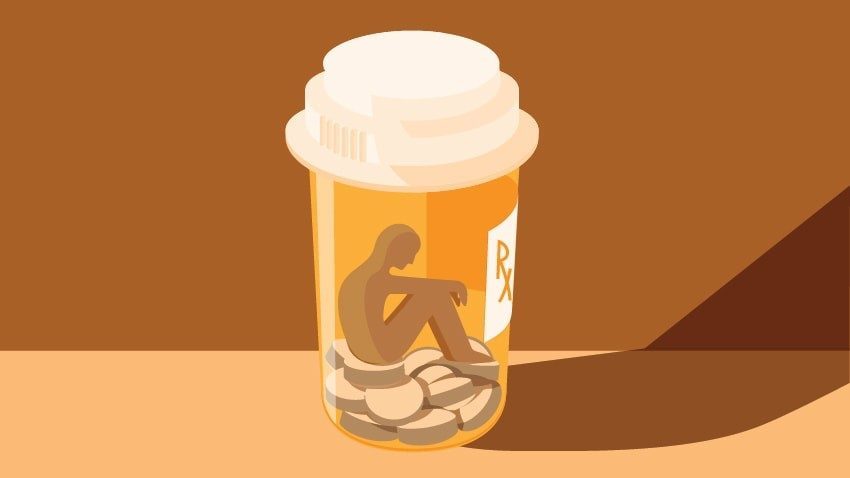 In Europe, around 5 % of those entering treatment for drug problems report opioids other than heroin as their primary drug, amounting to around 20 000 patients.

Overdose deaths Over 7,600 fatal overdoses were reported in the EU and Norway in 2009, with opioids associated with most of these. According to the agency, many of these deaths could have been prevented. In a special review on drug-related mortality, the EMCDDA estimates that there may be around 10 to 20,000 problem opioid users dying each year in Europe.

Opioids are a kind of drug that is often used for controlling pain. However, opioids can be highly addictive if they don’t take medications as prescribed by their doctor or take the drug illegally. Opioid drugs include; codeine, fentanyl, heroin hydrocodone, hydromorphone methadone, morphine oxycodone, oxymorphone paregoric sufentanil tramadol. Heroin use has always accounted for the largest share of drug-related diseases and deaths in European countries.

The European Monitoring Centre for Drugs and Drug Addiction (EMCDDA) has estimated over 1.3 million regular opioid users in the EU & Norway. Also, around half (51%) of the drug users entering specialised treatment in Europe report opioids as their main problem drug. The EMCDDA launched its Annual report 2020 (the state of the opioid crisis in Lisbon), stating that the average prevalence of problem opioid use in the EU and Norway (between 3.6 and 4.4 cases per 1 000 adults aged 15–64) is slightly lower than in Australia (6.3), the USA (5.8) and Canada (5.0), and considerably lower than in Russia (16) and Ukraine (10–13).

Injecting drug use is on the decline. People injecting have the highest risk of obtaining blood-borne infections such as HIV/AIDS and hepatitis B or C. Over-dosing is also a high risk when injecting. Levels of injecting among opioid users entering treatment vary considerably between countries, from under 10 % in the Netherlands to over 90 % in Latvia and Lithuania. However, data from treatment clients indicate an overall decrease in opioid injection (Particularly heroin injection) in Europe.

A five-year analysis of trends in heroin users entering treatment shows that the proportion of those reporting injecting is declining in most European countries. And in the most recent data, under half (40 %) of all those entering treatments for opioid problems are regular injectors. Rising concern over synthetic opioids An increase has occurred in the misuse of opioids other than heroin in Australia, Canada and the USA. These include pain relievers (morphine, fentanyl and codeine) and Substitution drugs for heroin dependence (methadone and buprenorphine).

There is also a concern that synthetic opioids are produced illegally. Several countries in Europe have reported that these synthetic opioids have overtaken heroin in the marketplace. For example, three-quarters of those entering treatment now reports that fentanyl is their main drug in Estonia. Fentanyl is similar to morphine but much more potent, so it is greatly linked to overdoses.

Users are mainly dying from overdosing and other causes such as disease, suicide, and trauma.

Most users who pass away are men and, on average, are in their mid 30’s.

The review looks at the excess mortality in regular opioid users (risk of death compared with the general population) and finds that their risk of dying is 10 to 20 times higher than for their non-drug-using peers.

The report underlines the role that services, particularly opioid substitution treatment, can save lives and reduce the human costs of long-term drug problems. Finding from the Annual Report 2011 ‘Reducing the mortality and morbidity related to drug use is central to European drug policies’, states the Annual report. Under evaluation in some countries are programmes targeting periods known to be risky for opioid users (e.g. leaving prison, dropping out of treatment). Innovative interventions in this area, such as overdose training and take-home doses of naloxone (which blocks the effects of opioids), are now becoming more common in the EU.

Risk of HIV outbreaks among drug injectors Over the last decade, gains have been made within the EU in addressing HIV infection among injecting drug users — these include greater availability of prevention, treatment and harm-reduction measures. As a result, the latest European data show that the average rate of newly reported HIV cases continues to fall in Europe, reaching a new low of 2.85 new cases per million population (in total around 1 300 cases).

Here the overall EU situation compares positively, both in a global and a wider European context. Nevertheless, this year’s report reveals worrying new developments. HIV epidemics among drug injectors continue to pose a major public health problem for many countries bordering the EU and with budgets for drug services across Europe becoming overstretched in the economic downturn, a danger also exists that countries may be less able to provide adequate responses to those most at risk of infection.

‘Over the last 10 years, a proactive, pragmatic and evidence-led approach has delivered real gains in reducing drug-related HIV infection across the EU’, says EMCDDA Director Wolfgang Götz today. However, ‘We cannot forget that injecting drug use still accounts for over 2 000 HIV/AIDS-related deaths in the EU every year. Given the opioid crisis facing many EU countries, Götz underlines the need for vigilance in this area:

‘Policymakers must not take their eyes off the ball when it comes to this primary public health objective, especially as conditions for future drug-related outbreaks may now again exist in some Member States. The historical evidence is clear that without effective interventions, HIV infection can, and does, spread quickly among people who inject drugs.

In July 2011, Greece — historically a low HIV-prevalence country — reported a large outbreak of new HIV infections among drug injectors (170 cases at the time of writing) (8). Recent increases in newly-reported infections have also been noted in Bulgaria, Estonia and Lithuania, indicating the continued potential for HIV outbreaks among injecting drug users in some countries.

A recent EMCDDA expert meeting (October 2011) also identified further HIV increases among drug users in Romania and worrying changes in risk factors in Hungary. In addition, the rate of reported new HIV diagnoses (per million population) in 2009 related to injecting drug use remained relatively high in Estonia (63.4), Lithuania (34.9), Latvia (32.7), Portugal (13.4) and Bulgaria (9.7). Some 700 000 in substitution treatment in Europe Around 1.1 million Europeans are estimated to have received treatment for illicit drug problems in the EU, Croatia, Turkey and Norway in 2009. For opioid users, both drug-free and substitution treatment are available in all of these countries.

Five EU countries (Denmark, Germany, Spain, the Netherlands and the UK) offer heroin-assisted treatment for a small number of chronic heroin users who have failed in other treatment approaches (see box, Chapter 6).

’While levels of treatment provision for opioid users are impressive in some countries, coverage still varies greatly and is very low in other countries, says João Goulão, Chairman of the EMCDDA Management Board. Around 95 % of these treatments are provided in the 15 pre-2004 EU Member States.

The EMCDDA estimates that about half of Europe’s 1.3 million problem opioid users have access to substitution treatment, a level that is comparable to those reported for Australia and the United States and higher than that reported for Canada. On the other hand,  China reports much lower levels, while Russia has not introduced this type of treatment despite having the highest estimated number of problem opioid users.

Treatment costs and quality assurance through guidelines Ensuring the highest treatment quality and best treatment outcome for the lowest possible cost are priorities in the current financial climate. A special EMCDDA review out today states that treatment is cost-beneficial from the societal perspective. The review maps the main funding sources for drug treatment in several European countries and summarises the available data on this issue. Also published today is a review of guidelines for the treatment of drug dependence. It shows how almost all European countries now have drug addiction treatment guidelines, illustrating a growing commitment to developing evidence-based practice in this area.

Over 140 sets of guidelines were identified from across Europe in 23 European languages. These focus largely on opioid substitution treatment and aim to help practitioners make informed choices.

Commenting today, EMCDDA Director Wolfgang Götz says: ‘Our report clearly shows the value of European cooperation and coordination in the drugs field. We see this in many areas: information sharing and joint actions are increasingly impacting the cocaine and heroin markets; developments in public health responses are allowing more drug users than ever before to access services.

This progress is real and underpinned by a strong EU strategy that has allowed the Member States to identify priorities, share knowledge and act collectively. Such an outlook is essential if Europe continues to respond to the new challenges that the evolving European drug problem now presents’.