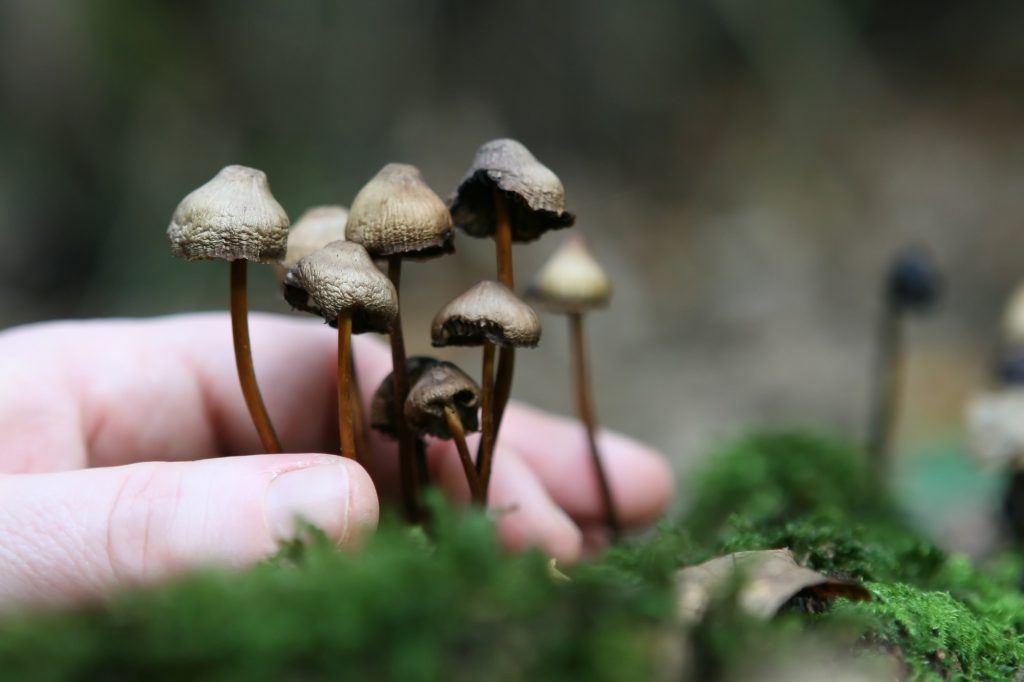 We all know that Disney World is the most magical place on earth.

But for some people, the most magic they can find resides in the shroom trip psilocybin, or as we know it, hallucination mushrooms. There are many people that choose to use these mushrooms and experience an array of magic mushroom effects after consuming them.

Below we’ll discuss the various hallucinogenic mushroom types and answer the question, what do magic mushrooms do? Without any further delay, let’s get this magical ride started.

How psilocybin is taken:

Psilocybin can be consumed or drunk, but can you smoke magic mushrooms? The answer is yes, you can smoke anything, but that doesn’t mean you should. Magic mushrooms burn at approximate 180°C. This means that the psilocybin compound will be denatured and be rendered non-effective as a hallucinogen. There is also a danger of inhaling spores from the mushroom. Certain species of fungi can withstand high temperatures. This means that the mushroom spores can reside in your lungs and colonise.

Have you ever heard of Flying Saucers, Philosopher’s Stone, or Wavy Caps? If not, there’s no need to worry because we’re going to give you better insight into the effects that can be felt when using and ingesting each of these mushrooms.

Let’s first take a look at the liberty cap mushroom and other types to see what magic mushrooms look like. 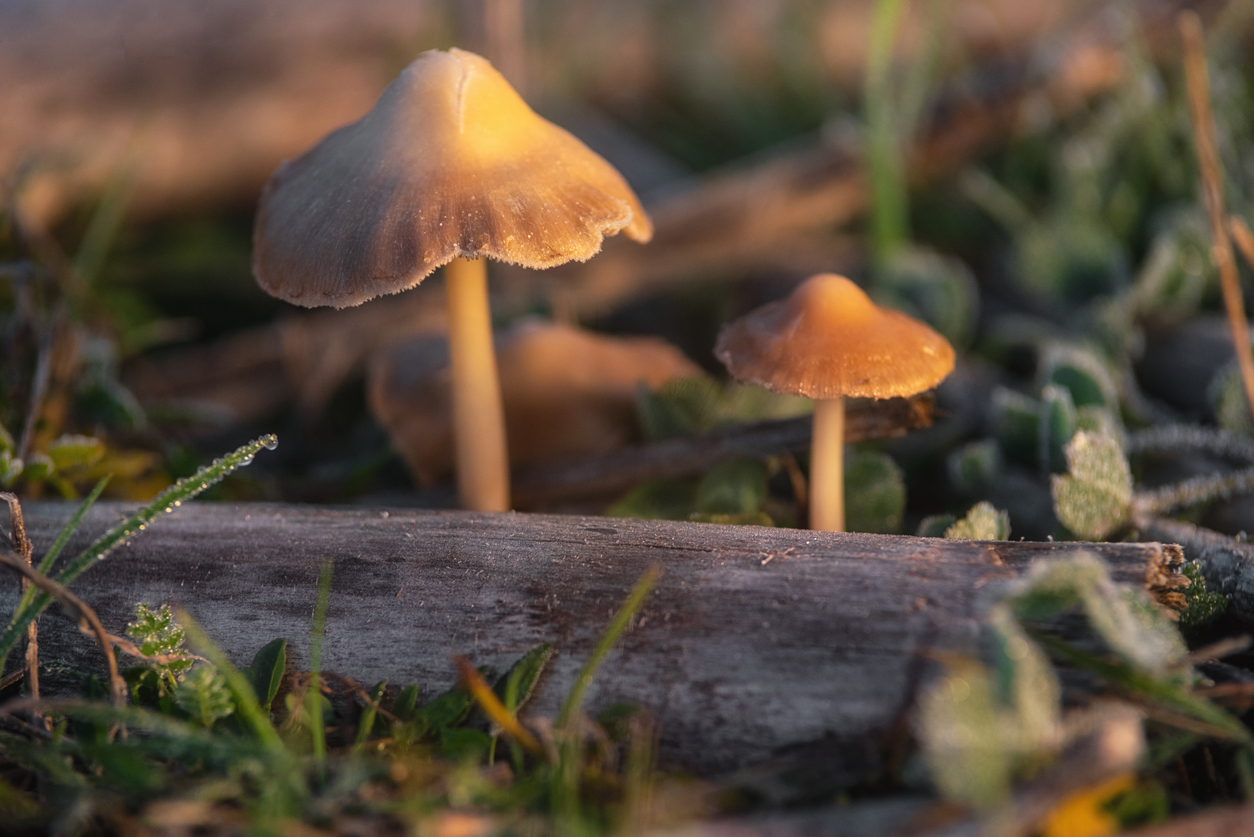 The liberty cap hypnotic mushrooms are not the only name that you’ll fund this specific type of mushroom under. They also go by the scientific name of Psilocybe Semilanceata or Witch’s Hat.

This magic mushroom is one of the most natural growing versions of magic mushrooms, meaning that it’s easier to find growing out in nature. There were tests conducted in the 1900s by a chemist and mycologist.

The names of these researchers were Jochen Gartz and Paul Stamets. During their time of discovery, they found that this mushroom is potent. However, it’s not the most potent, coming in third place on the ranking board.

Liberty Caps were the first mushroom to be formally noted, dating back to 1838. They even made headlines when an English family picked them out of a field and brought a whole new meaning to “taking a family trip.”

These mushrooms are going to be found commonly growing in pastures where manure serves as the rich fertiliser it needs to grow in plentiful harvests. You can expect to find them growing in places all over the world, including: 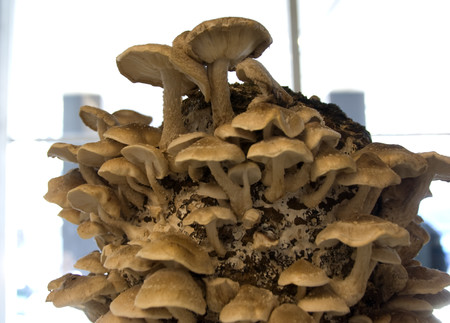 If you’re a Harry Potter fan, this is not a reference to the first movie. It’s instead referencing another one of the psilocybin mushrooms. It can be found under its scientific name which is Psilocybe Tampanesis or Magic Truffles, and Psilocybin Truffles.

These aren’t technically mushrooms and grow underground. If you’re looking for them, you might have to do some searching to find a speciality shop located in your area. This mushroom was first discovered and traced to Tampa, Florida during the 1970s.

Since then most people have taken to growing the mushroom in their homes. Unlike the Liberty Caps. these aren’t as easily found in the wild. When using this mushroom, the experience that a user has can be enhanced depending on the number of mushrooms that they choose to consume. 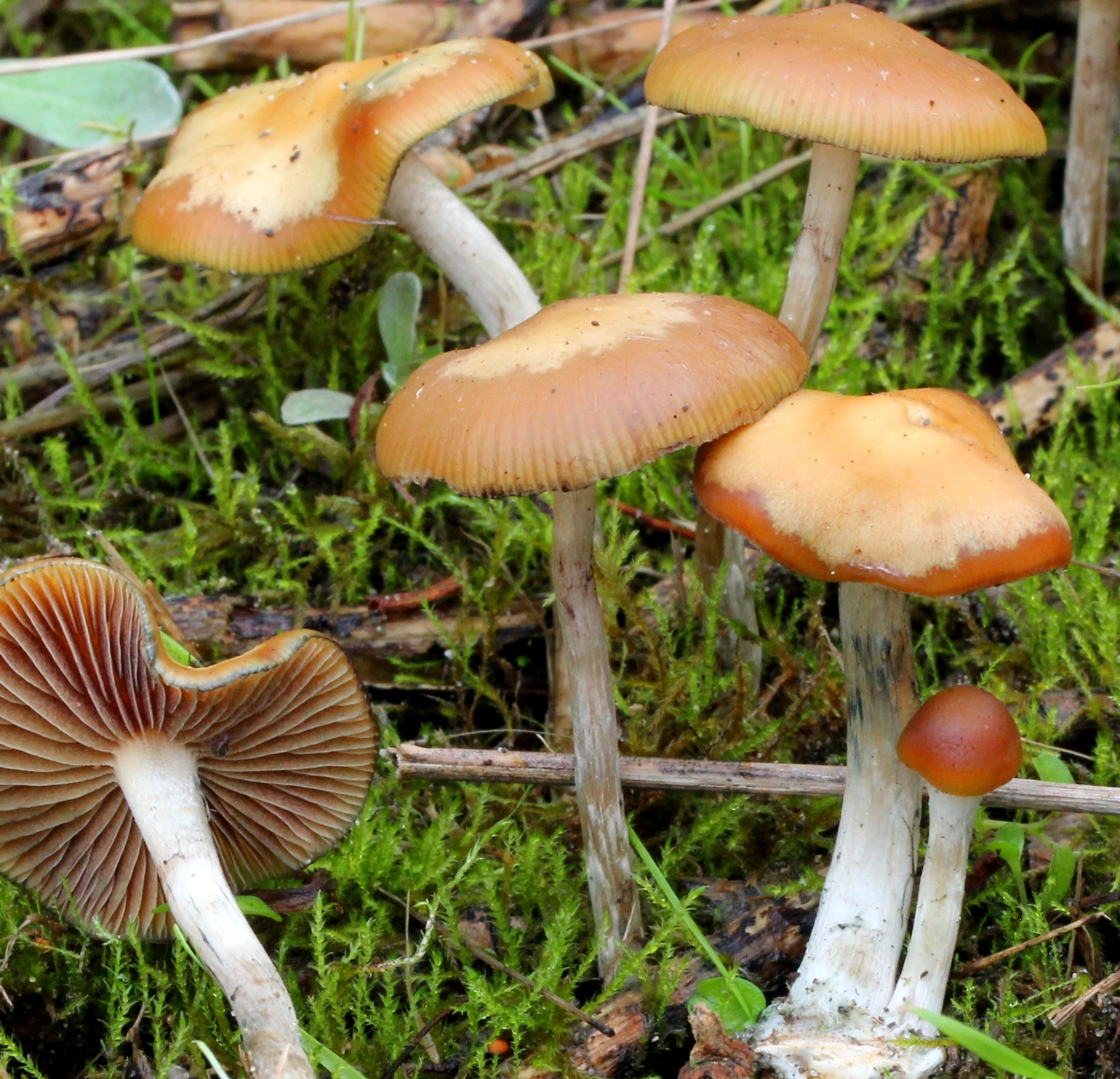 These mushrooms get their name from the wavy magic mushroom tops that it has and is also known as Psilocybe Cyanescens. Elsie Wakefield is the person that you can thank for this discovery, having discovered them in 1946.

This is another mushroom that can be found growing in various places in the wild. They don’t naturally grow out of manure. Instead, you can find these miniature magicians in woody areas such as gardens or walking trails.

Because of the production and distribution of lumber, these mushrooms have taken a first-class trip to various places in the world where they now grow. If you have ingested these mushrooms before then, you’re aware that when plucked from the ground is when the mushroom is at its most potent. 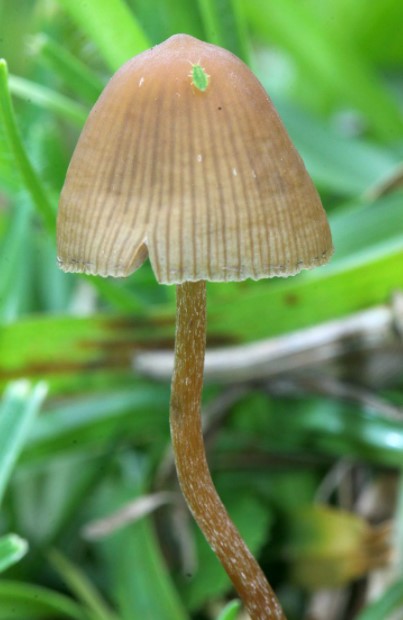 These mushrooms have a Latin flair and are also known as Psilocybe Mexicana and Teonanacatl. One of the most common ways that magic mushrooms are used is for the purpose of religious meetings or ceremonies.

It’s believed that the Pajaritos were used for ceremonies known as Teonanacatl. When translated, the word means “flesh of the gods.” The mushroom was used during these ceremonies by both the Aztecs and Nahuatl people.

This type of mushroom was researched and studied intensely by Roger Hoffman, the man that is credited for discovering LSD. It is because he was sent to study the mushroom and all of its properties that he was able to retrieve a sample and use it to grow other species of mushrooms.

Now that you’ve got some knowledge of the different species of mushrooms, it’s time to look into the effects of the magic mushrooms. You’re going to want to hold on to your seats because we’re about to take a deep dive.

What Are the Effects of Magic Mushrooms?

There are several effects that need to be discussed when it comes to the use of magic mushrooms. Most of these effects can be likened to the effects that one would experience when using acid or other psychedelic drugs.

This isn’t surprising being that some of the same researchers that have studied things like LSD have also studied magic mushrooms. Many of these effects will take over both the physical and mental capabilities that the user is feeling.

The effects that a person feels can be intensified depending on how much they’ve eaten as well as how often they’re using the mushrooms. Here are some of the side effects of eating mushrooms.

How you will feel

Like other psychedelic drugs, your experience with magic mushrooms will vary. Each time you take them it will be a different story. You might have vivid and exciting hallucinations while the person next to you is filled with panic and paranoia. People taking shrooms will be hoping for a thrilling or even spiritual experience. Some people do have these after taking mushrooms but the effect is unpredictable and negative side-effects can be severe.

When it comes to answering the question of what do mushrooms do, one of the first things they do is distort the reality of the user. The person may begin to see things that aren’t really there.

Or they may begin to hear voices and sounds that aren’t there either. While this may not sound dangerous, hearing voices and having hallucinations can cause a person to become increasingly paranoid.

When you are paranoid, you aren’t likely to make decisions that make sense, which could potentially put themselves and others in harm’s way. The distortion of reality can also cause the user to believe that they can see and hear things that typically can’t be seen or heard.

For example, they may feel that they can hear colours or other sensations that are not possible.

When thinking of things like are mushrooms harmful, you might think losing time can be harmful. You may feel that they are experiencing a trip for what seems like hours or days.

When in reality they’ve only been experiencing their trip for a matter of minutes to a half-hour.

There are some instances in life where a rapid heart rate is expected, like when you’re exercising or are in a panic. But, one of the effects of magic mushrooms is an increased heart rate and raised blood pressure.

This isn’t an issue if the blood pressure and heart rate return to normal within a reasonable amount of time. But, when the heart and blood pressure stay at a heightened level, it can end in the user experiencing a stroke or a heart attack.

Loss of bladder control is something that most people would be embarrassed about. But when you’re experiencing a trip where things are happening that don’t make sense, the loss of bladder function is going to be the last thing that you’re concerned about.

When a person loses bladder function, it typically means that the pelvic muscles have become weakened. Continued use of magic mushrooms can increase the loss of bladder control that a person experiences.

Psilocybin mushrooms or Magic Mushrooms contain a compound that has been a class A drug under the UK Misuse of Drugs Act since 1971 – like heroin and crack cocaine. 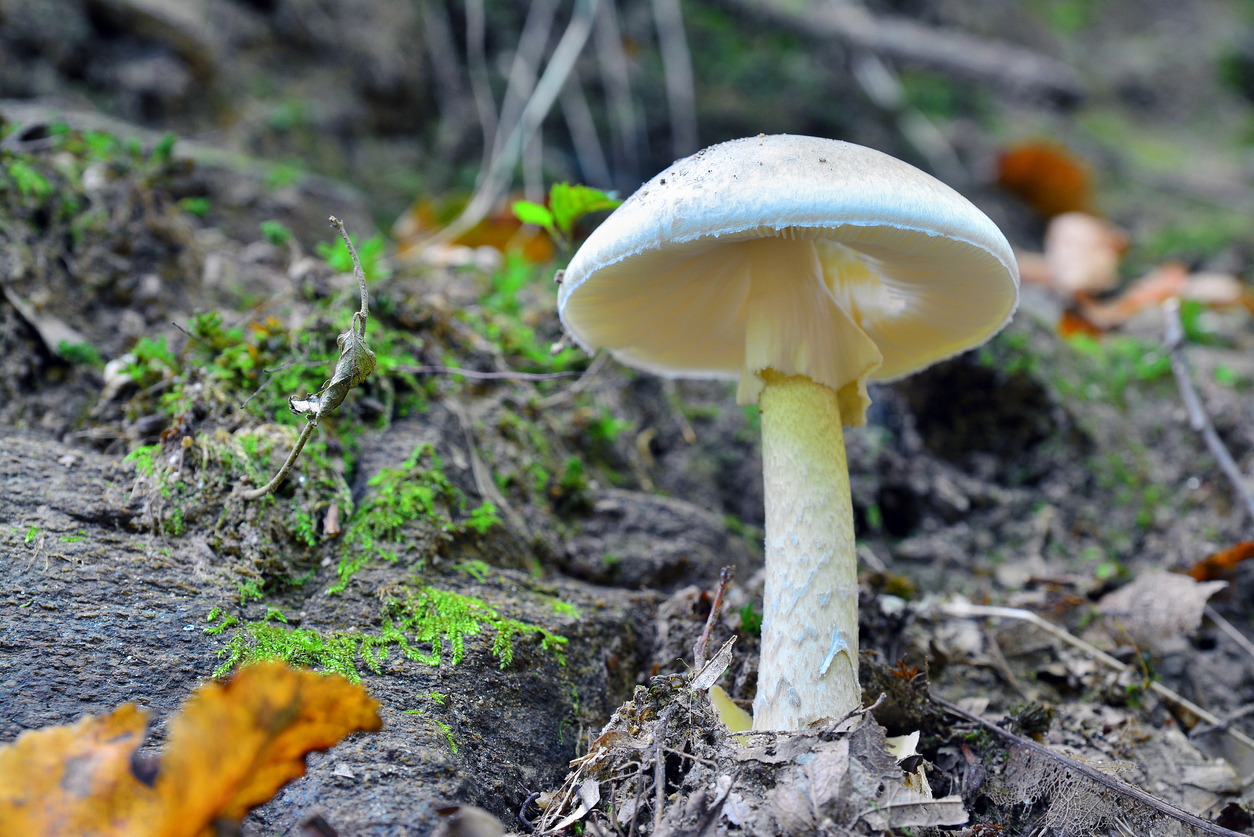 There are clearly dangers to consuming hallucinogenic fungi, but there are other dangers to consider too. For example, consuming the wrong type of mushroom, perhaps a poisonous type of fungi that may be mistaken for the psilocybin mushroom. If you are adamant about consuming magic mushrooms, then we urge you to obtain them from an expert in fungi foraging and to double-check the shroom’s appearance via a magic mushroom guide.

If you or someone you know has found that taking these psychedelic trips is a daily occurrence, it may be time to seek help. Contact The Rehab Guide for all of your treatment needs.

We have various programs to offer to people and resources that will help you get back on the sober path.

Psilocybin is not legal to buy, sell or possess in the United Kingdom since 1971 and has been a restricted Class A drug since that year.

For all their dangers magic mushrooms may be about to provide a revolutionary new medicine. Despite years of legal barriers scientists have managed to perform human tests on the effect of psilocybin on patients.

Recent UK studies at the Imperial College London have found psilocybin to have remarkable potential in treating mental health problems. With over 300 million people suffering from depression worldwide there is a real and urgent need for new treatments.

Currently used drugs only work for a portion of people and post-mortem studies show that even those who seem to be getting better remain deficient in certain essential brain proteins. The research is looking at magic mushrooms as part of a wider study of psychedelic drugs such as DMT and MDMA.

Of course, any medication will be given in microdoses and carefully managed with other ingredients to prevent the risk of damage to the brain. Taking magic mushrooms in their natural form is not recommended if you have any mental health problems. Their unpredictability could make your symptoms much worse.