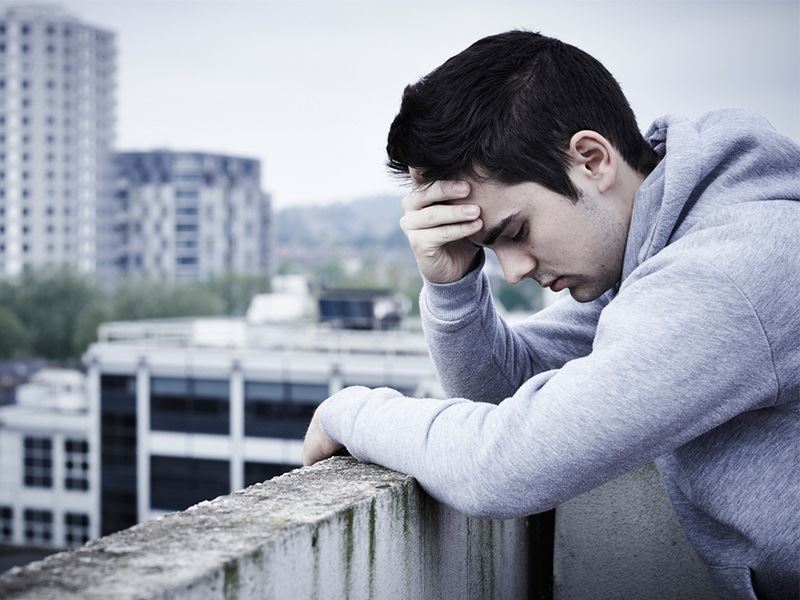 Why male are more likely to commit suicide

Male suicides across the world have hit alarming levels. We only hear about the celebrity suicides from media sources which do not take into account the numerous other individuals who have tragically taken their own life as a last resort.

All of these men to the outside world seemed to have everything in place, they seemed to have it together, and they seemed to have bright futures ahead of them. The most insidious characteristics of depression and addiction are the silence and the secrecy. Very few will express how they truly feel when they reach a point where they want to end it all – for good. 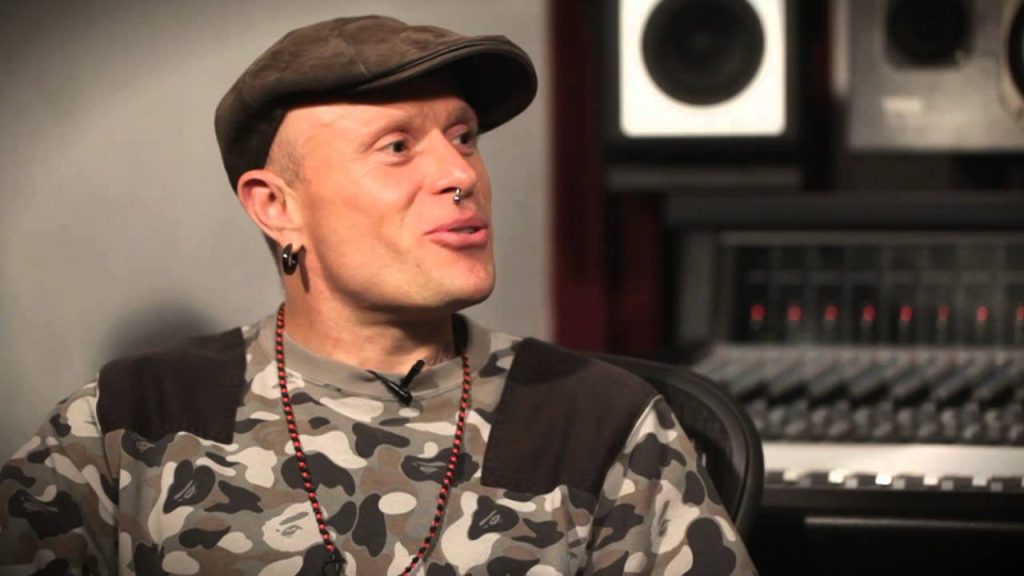 The sad reality is that mental health illnesses such as depression and addiction are still considered to be choices by many individuals. Usually, those that have never previously experienced them.

For those that do suffer from mental health problems, their condition is very real. Every day becomes a struggle, intrusive dark thoughts crowd their mind, and they struggle to express their reality to others.

Please Talk To Someone If Your Struggling

Mario Falcone, TV reality star best known for his appearances on The Only Way is Essex was a close friend of the recently deceased Mike Thalassitis, who was found hanging aged only 26. Mario spoke out about his friend’s tragic death on Instagram, pleading:

“Please guys, if you are struggling, talk to someone.”

Mike is one of the many males that have taken their lives in the UK over the past few years. As numbers have increased, we felt it pertinent to raise awareness around this delicate subject.

Last year a study conducted by the Samaritans  revealed the following shocking statistics:

The Office for National Statistics has also released data showing that drug and alcohol poisoning is the second most common method used in committing suicide, hanging being the first. 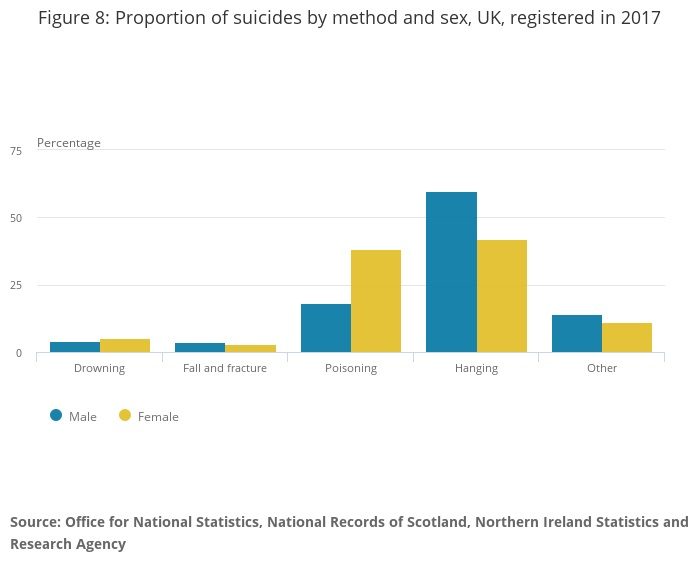 America is currently facing an addiction-related suicide crisis. America’s Centers for Disease Control and Prevention (CDC) and The Trust for America’s Health and Well Being Trust have pooled together data to paint a very bleak picture of the US’s current mental health reality.

Spotting The Warning Signs of Suicide

The Alliance for Suicide Prevention Charities TASC has listed three warning signs that indicate an individual is at high risk of attempting suicide. These warning signs are:

In the professional addiction treatment field, we refer to these warning signs as suicidal ideation. In other words, an individual is planning or forming ideas on how to take their own life.

Other warning signs include:

Helping Someone Who Is Suicidal

If you spot the above warning signs in a family member, loved one, friend or someone you know, please approach them and ask them if they need help. Urge them to talk to their GP, a counsellor or someone they trust.

If they are displaying the high-risk signs of suicide indicated in red and have a mental health nurse or psychiatrist that you have the contact details for, please let their professional workers know your concerns immediately.

If you are worried that they may imminently take their own life it is best to be safe and call 999 for an ambulance, or have them admitted to a rehab facility if they have a drug or alcohol problem and are willing to undergo treatment.

Many people avoid talking about negative feelings through fear of being shamed or judged. It is this stigma that needs to be broken for the people who are suffering to feel comfortable enough to come forward and ask for help.

Those that suffer from mental health conditions need to know that it is not their fault and that mental health illness is not a choice. No individual with a clear mind thinks of ending their life as a valid solution.

We who work in the field of addiction treatment understand that depression and addiction often go hand in hand. Classed as being dual diagnosis we realise the importance of appropriate and comprehensive treatment for the individuals that suffer.

Rehab Guide, therefore, work with CQC registered drug and alcohol rehabs that are purpose built and equipped to treat dual diagnosis patients comprehensively. Dual diagnosis illnesses need to be treated simultaneously within a safe, recovery focused environment by staff that are trained and qualified to deliver. Leaving one illness untreated, inevitably leads to a relapse of the other.

In our experience depression and alcoholism or depression and drug addiction can be a deadly combination. Individuals who suffer from these need special treatment as a matter of urgency. Dual diagnosis patients are often the most vulnerable and complex to treat, but there is hope, and we have witnessed many recover through the help of our private rehabilitation centres.

Support For Someone Feeling Suicidal

Sources of support for suicidal men and women include:

SANE’s helpline is a national, 7 days a week, out-of-hours (6-11pm) telephone helpline for anyone coping with mental illness, including concerned relatives or friends. Tel: 0300 304 7000. www.sane.org.uk

Local resources throughout the UK

A UK website that uses your location or postcode to search for local services around you. An easily searchable database of local support groups and organisations within the UK. www.hubofhope.co.uk

Asking For Help Is Okay

The Alliance for Suicide Prevention Charities

The Trust for America’s Health and Well Being Trust