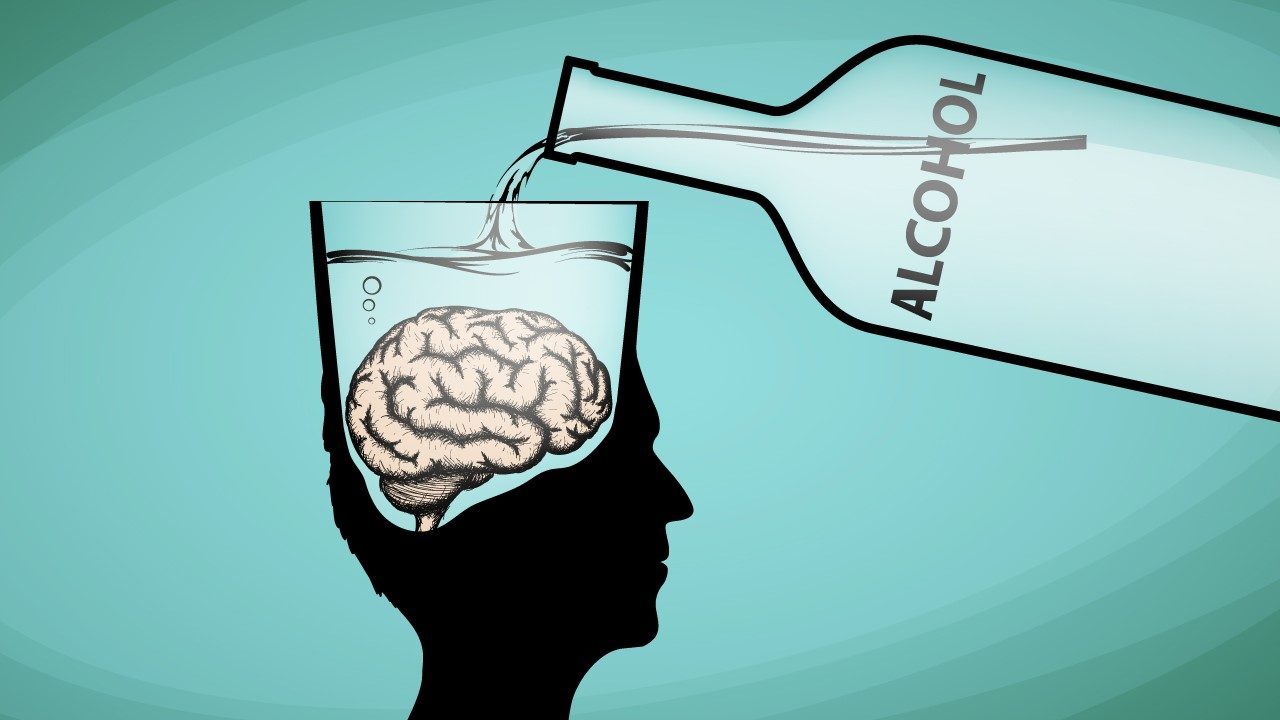 Heavy drinking sustained over a long period can cause a deficiency in Thiamine, or Vitamin B1, in the body. If this deficiency is not reversed or halted, it can progress into Korsakoff’s syndrome.

The lack of thiamine in the system occurs due to a combination of poor dietary habits and an inflammation of the stomach lining characteristic of alcohol abuse.

The main indicator of Korsakoff’s syndrome is memory loss or memory alteration. Events after the onset of the disease may not be remembered at all and long-term memories distorted. The ensuing confusion makes learning new skills exceedingly difficult and retention of information low.

One consequence of heavy drinking that could be considered worse than actual death is Korsakoff’s syndrome. Korsakoff’s syndrome, commonly referred to as wet brain disease, leaves a devastating impact not only on the individual affected but their family and loved ones also.

If you are or know someone who drinks heavily and has done so for some time, developing this crippling condition is a real possibility. Having said that, most individuals will seek help before reaching this stage of advanced alcoholism. Some, however, miss the warning signs of the preceding illness Wernicke encephalopathy and go on to develop Korsakoff’s syndrome, and for them tragically it becomes too late.

What is Korsakoff’s syndrome?

Korsakoff’s syndrome, also medically referred to as Korsakoff’s psychosis, is a form of alcohol-related brain damage, it develops as part of a two-fold condition known as Wernicke-Korsakoff syndrome.

B vitamins, especially Thiamine, are essential for healthy brain function. Wernicke encephalopathy is often linked to alcoholism as is Korsakoff’s syndrome, which follows on as a secondary stage.  Both conditions are Thiamine deficiency related. (1)

Drinking excess alcohol for a prolonged period stops the body from absorbing the required B vitamins (along with other essential vitamins); this causes the brain to use its vitamin reserves. Once the brains vitamin B reserve is depleted, neurological damage results from biochemical lesions to the central nervous system, this is the Wernicke encephalopathy (WE) stage (1)

Korsakoff’s syndrome develops where Wernicke encephalopathy has developed but not been diagnosed and successfully treated. The two disorders are very intricately linked to AUD (Alcohol Use Disorder).

Wernicke encephalopathy is not always diagnosed due to some of the symptoms resembling intoxication, and this is when alcoholic Korsakoff’s syndrome is likely to develop as a further progression.

According to the Alzheimer’s society, as many as 1 in 8 alcoholics go on to develop Wernicke – Korsakoff syndrome (2). This is a shockingly high proportion of alcoholic individuals that could have been spared had their symptoms been spotted earlier and appropriately medically treated.

Spotting the signs and symptoms of Wernicke-Korsakoff syndrome 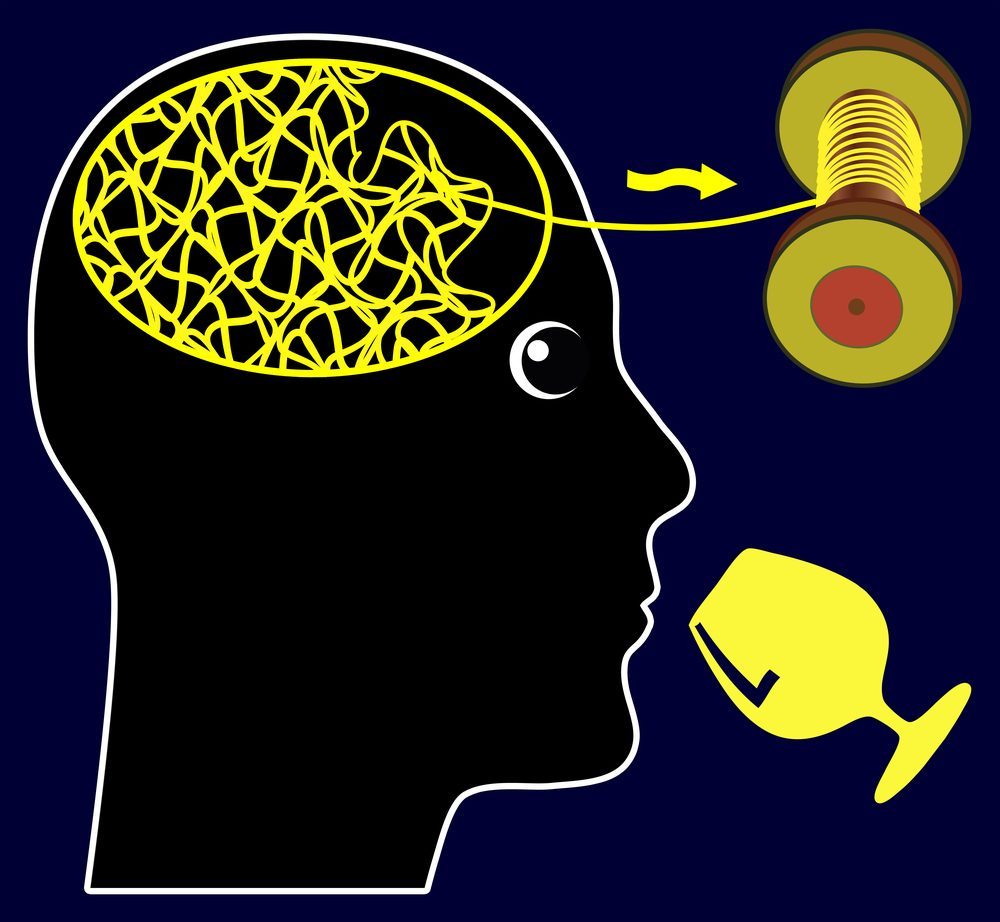 Sadly, it is estimated that 80 to 90 % of individuals who develop alcohol-related Wernicke encephalopathy go on to develop Korsakoff’s psychosis (3)

The signs and symptoms of Wernicke encephalopathy include:

Signs and symptoms of Korsakoff’s psychosis include:

Korsakoff syndrome is a clinical diagnosis given by a medical professional who best knows the patient and can relate their symptoms and deterioration to the development of the disease.

There is no specific test to confirm a diagnosis of Korsakoff’s psychosis conclusively. The clinician making the diagnosis should be fully aware of the patient’s history, drinking habits and symptoms. Korsakoff’s cannot be reliably diagnosed until the patient has stopped drinking for several weeks, and the body and brain are clear of toxins.

Assessing a patient for suspected Wernicke’s-Korsakoff, Korsakoff dementia, or any other related alcoholic brain disease involves a similar process to that of diagnosing dementia. The doctor carrying out the examination will take a detailed history of the person from a family member, friend or loved one. It is best that the person accompanying the patient knows them well and over a substantial period.

The doctor will ask a number of questions relating to the person’s mental wellbeing, memory function and ability to understand. They may also request a brain scan to rule out other possible diagnosis’s such as a stroke and conduct a full medical examination. Once a diagnosis has been given treatment would then start immediately to help prevent deterioration and aid in recovery. (2)

Preventing the onset of Wernicke-Korsakoff syndrome in alcoholism

As Wernicke-Korsakoff syndrome is a Thiamine deficiency disorder, any individual with an alcohol use disorder (alcoholism) should take Vitamin B1 and Thiamine supplements. Even then, this is not a guaranteed safeguard against the condition developing and should not be considered a substitute to stopping alcohol.

Alcohol affects the body’s ability to absorb Vitamin B, so taking supplements, whilst helpful, is not enough.

The only guaranteed way to avoid developing this disorder if you have a drinking problem or dependency is to undergo detox and treatment for alcoholism. This should be a fully medically supervised process.

Alcohol detoxes that are facilitated by rehabs and doctors always ensure that high strength vitamin B and sedative medications are administered to prevent further damage to the brain. Vitamin B therapy should also be continued for some months after an alcohol detox is completed to replenish the brains reserves. (4)

The aim of treatment for this disorder is to control and lessen symptoms and prevent the condition from getting progressively worse. Sadly, Wernicke’s-Korsakoff syndrome cannot be reversed once fully developed.

Medical treatment is limited; vitamin B1 often does not improve memory loss or intellectual ability but can help with other symptoms of Korsakoff’s and prevent them from becoming worse. High strength vitamin B1 is usually injected intramuscularly or into a vein so the body can absorb it straight into the bloodstream. Stopping alcohol is a must if further brain damage is to be prevented. (4)

For any individual that undergoes a medical detox, it is strongly recommended that they undergo a full rehabilitation programme. This can help to prevent alcoholic relapse and assist in learning to live a sober and healthy lifestyle.

Can you recover from Korsakoff’s syndrome?

Once fully developed, the symptoms of Korsakoff’s can only be controlled not reversed. The progression of the condition can, however, be slowed down with treatment.

Without treatment, the prognosis is poor, with a worsening of the condition that could lead to death. Most individuals that develop Korsakoff’s syndrome at the very least will require supported living as they will become unable to live independently and can be a danger to themselves. This is why this condition is so devastating, and prevention is so important. Even if the person successfully stops drinking, the condition will remain to some extent. Family and loves ones are the most affected as they helplessly watch their loved one deteriorate.

Recovery rates very much depend on a quick diagnosis of the condition before it is fully developed. According to the National Institute on Alcoholism, 25% of sufferers of Korsakoff’s recover well when treated in the early stages, 25% recover well but take very much longer to do so, and 50% of sufferers make no recovery at all or further deteriorate.

Due to the nature of the condition, it can be hard to get an individual suffering from Wernicke’s-Korsakoff’s to stop drinking and eat a balanced diet, which is why such a large proportion do not respond to treatment.

Those with Korsakoff’s syndrome rarely recognise that they have the condition due to psychosis and memory impairment being strong characteristics of this illness. The use of antipsychotic medication has not proven effective as a primary treatment for cognitive impairment in KS as either their reality is altered or shrouded in denial. These are the aspects that loved ones will struggle to deal with the most, that along with the fabrication of stories. (7)

Who is at risk of Korsakoff syndrome?

Any individual that has been drinking alcohol heavily for a prolonged period is at risk of developing this disease. Even if the person still manages to have a balanced eating plan, excessive alcohol consumption will prevent Thiamine and B1 from being absorbed. Men between the ages of 45 and 65 years old who drink heavily have also been highlighted as the most at-risk group. (5)

People with a higher risk factor include those with HIV, people who suffer from poor nutrition (i.e. eating disorders or illnesses that prevent them from eating well) and those who have thiamine deficiency-related disorders along with those who have mental health problems. (5)

If you or a loved one have been drinking alcohol heavily and/or are alcohol dependent, we suggest that you urgently seek help to detox from alcohol safely and get checked for the possible onset of Wernicke’ s-Korsakoffs. The earlier the intervention, the better as this can prevent the onset and progression of the disease.

For immediate help and advice about Korsakoff or admission into rehab, call Rehab Guide today on 02072052845  or complete the enquiry form and a member of staff will contact you shortly,

Effects of Alcohol On Unborn Babies