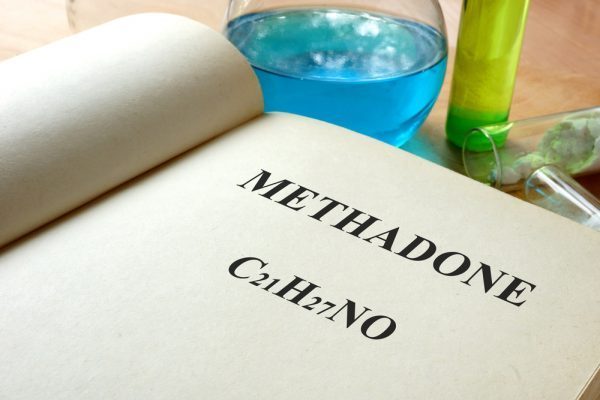 What the latest study on Methadone tells us

There is a drug which has become almost synonymous with treating heroin addiction in the UK, and it is called methadone.

The synthetic opioid, often prescribed to treat chronic pain, is widely used to help people deal with opiate withdrawal, as part of medical detox. Methadone is known for decreasing the intensity of symptoms and is a popular replacement drug in the treatment of heroin addiction.

However, a recent study has revealed there may be another opioid substitute on the market, which may be a safer alternative to methadone, but only if the treatment lasts longer.

Buprenorphine may not be administered as frequently as the more popular opioid substitute methadone but is thought by some to be potentially less harmful to opioid addicts, especially when taken in the first month of treatment. Based on the research carried out at King’s College London, the University of Manchester, the University of Bristol, and the Bristol Drugs Project. The findings of which could have lasting ramifications on how GPs administer medication and offer guidance during heroin detox.

The study, financed by the National Institute for Health Research (NIHR), examined GP information for more than 11,000 patients, receiving opioid substitutes in the course of their addiction therapy.  The research was carried out to examine the possible mortality rates of opioid substitute treatments; methadone and buprenorphine. All the while contrasting it with what it may be like to not receive care, over set time periods — taking in the initial month of being treated, throughout the remainder of the treatment and the first month following its completion.

During the study, more than 30% of subjects undergoing treatment were given buprenorphine, and around 60% received methadone. The research found there was a greater risk of mortality when treatment commences, and just after its completion. This is widely seen to illustrate the belief that it is far more beneficial, as well as safer, to keep patients in treatment for extended periods of time. It can decrease the risk of opioid mortality and aid in their recovery in the long run.

The recent study concluded that those undergoing recovery, who had been prescribed buprenorphine, had less chance of suffering an overdose, in comparison with those who had been given methadone. The research suggested the mortality rate was reduced by around 400% for people using buprenorphine in the opening month of detox therapy. Mortality rates were also decreased by almost double during the remainder of their addiction treatment. It was felt these variations persisted, while factoring in the patient’s specific circumstances, along with their individual health status.

Furthermore, the study found patients taking buprenorphine during recovery may have a lower risk of all-cause death in the course of their treatment or just after. This may be because research has shown elder patients or those dealing with long term physical or psychological issues seemed to have better results with buprenorphine than taking methadone.

Researchers moreover concluded that people being prescribed buprenorphine spend less time in treatment than those taking methadone. This could have an impact on selecting the substitute drug you use when going ahead with detox. After all, it is generally felt people profit more from a treatment programme the longer it lasts.

Those carrying out the study also decided to proceed with a modelling experiment, to ascertain the effect the duration of a treatment programme can have on the wider population. Interestingly, it determined that due to the lesser time spent in treatment in relation to methadone, taking buprenorphine by itself may not diminish the possibility of dying from an overdose or poisoning linked to opioids.

However, the experts conducting the recent study maintain that, based on their findings, you should still use buprenorphine, instead of methadone, during opioid addiction therapy. Despite the fact the reduced mortality rate of recovery addicts using buprenorphine being somewhat counterbalanced by the number of people undergoing shorter treatments.

Therefore, if you are fighting heroin addiction, it is recommended you begin your drug detox by taking buprenorphine, and then moving on to methadone as your treatment progresses. Currently, around a quarter of a million people in the United Kingdom use methadone daily, Reportedly, in excess of  30% of opioid users in Scotland take methadone and the region of 8,000 users have been taking the drug for a period greater than five years where it is generally thought to be the first line of defence when battling heroin dependency. Although, in the light of recent studies, many advise re-evaluating that long-held belief, and consider using buprenorphine more often in the treatment of heroin addiction. These are amongst the findings of a recent in-depth study carried out on the use of methadone in the UK.