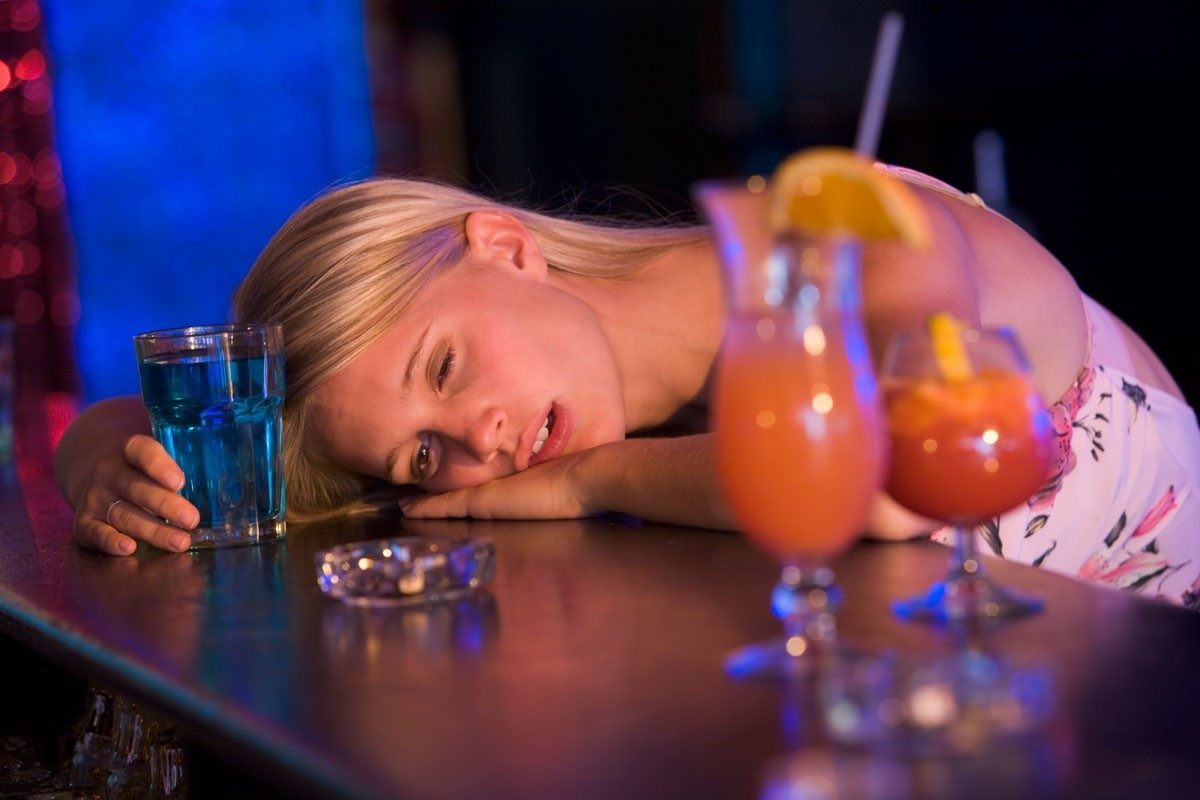 Jason Last Updated: March 22, 2021
Share on FacebookShare on TwitterShare on PinterestShare on LinkedInShare on Email

Alcohol abuse and binge drinking is a common problem with students that attend college and university. After years of following a rigid timetable at school, students suddenly find they have a new freedom level with very few boundaries.

Millions of students worldwide every year approximately 4 out of 5 experiment with alcohol to some degree.

Peer pressure, the desire to fit in and with little adult supervision, students can often believe that getting drunk is part of university culture.

How Can Rehab Guide Help?

As many as 1 in 5 English students are likely to suffer from a diagnosable Alcohol Use Disorder. (1)

As a parent with a child attending a college or university, naturally, there will be some anxieties around your child’s newfound freedom and the potential consequences of alcohol.

In this article, we look at the dangers of college students and drinking and how to spot if your child (or you as a student) has a problem with alcohol that requires professional help.

Despite continuing alcohol awareness and harm reduction campaigns, in a survey conducted in seven English Universities, alcohol consumption statistics showed 40% of students admitted to drinking to ‘hazardous’ levels. 11% of students were identified as ‘harmful drinkers with a further 10% qualifying as ‘probably alcohol dependent’. (1)

The Alcohol Use Disorders Identification Test (AUDIT) was conducted on a total of 770 student participants.

The AUDIT concluded that amongst English universities, many students were drinking alcohol to harmful levels, with one in five likely to suffer from a diagnosable Alcohol Use Disorder (AUD). (1)

It was further found that students drinking alcohol in universities in the north of England had the highest alcohol consumption rates. (1)

Many Universities and colleges have a binge drinking culture, with a night out starting by students ‘preloading’, a term used for drinking alcohol before going out.

Students may also be subjected to initiations and the hazards of drinking games that invariably involves imbibing large amounts of alcohol, often to what may be considered unsafe levels.

Binge drinking carries many risks, not only in its short term effects but can also cause damage to the brain, which is long-lasting.

The human brain continues to grow and develop until the age of 25.  Whilst it is still forming, the brain is especially susceptible to damage from chemicals and toxins. (2) 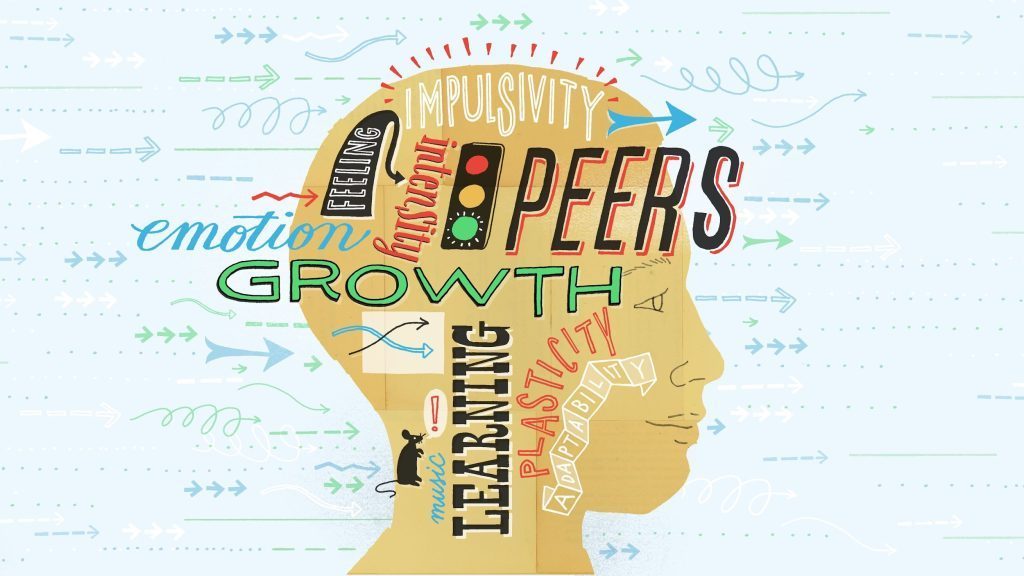 Regardless of how intelligent a person is, whilst the prefrontal cortex part of the brain is still maturing, good decision-making, common sense, and judgment are yet to develop fully.

Students who drink regularly are more likely to make decisions without considering the possible risks and consequences. This is because the teenage brain works differently from the adult brain.

The adult brain thinks with the prefrontal cortex, which is fully developed – the brain’s rational part. Whereas teenagers process information with the amygdala – the emotional part of the brain.

Teenagers often experience overwhelming emotions and are more likely to act on impulse without considering their actions’ and possible implications.

Under the influence of alcohol, a teenager is more likely to lose all perspective on rational thinking and take great risks with their wellbeing.

What is considered binge drinking?

The National Institute on Alcohol Abuse and Alcoholism (NIAAA) defines binge drinking as consuming enough alcohol, resulting in a blood alcohol concentration level of 0.08 g/dL and above. (3) 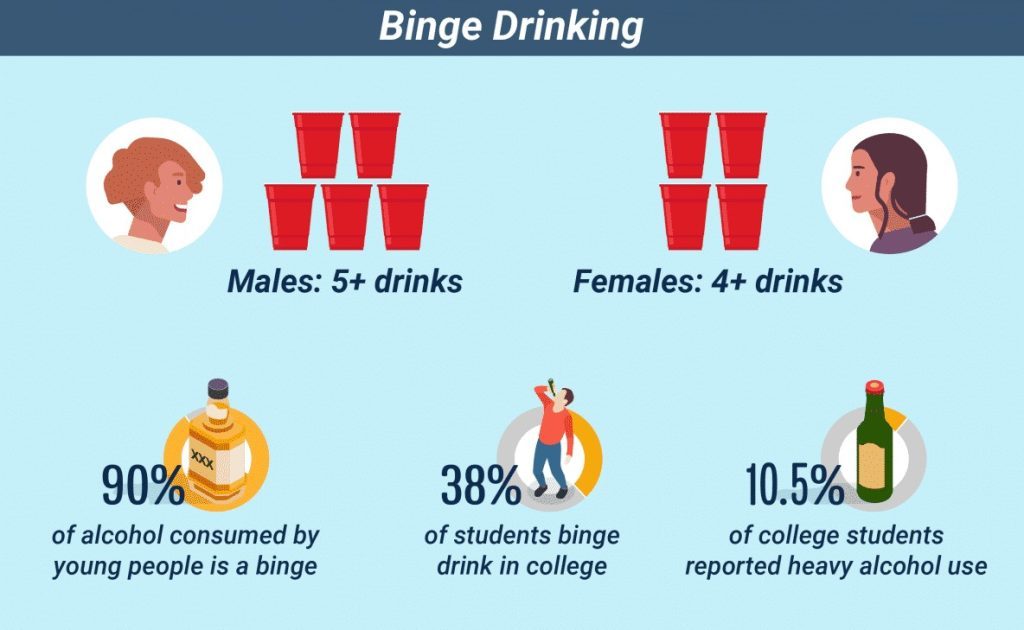 For adult women, that’s an average of 4 drinks in the space of 2 hours, and for adult men, 5 drinks in two hours. In teenagers and children, it is similar or less depending on age. (3)

The human liver is only able to process 1 unit of alcohol per hour. A student who binges will put duress on their liver by causing a backlog of units to build up, resulting in it taking longer for alcohol to leave their system.

Whilst binge drinking does not necessarily mean that a person has an alcohol use disorder, a study conducted in 2002 found that teenagers who engaged in heavy drinking had a higher incidence of drug and alcohol abuse, addiction and dependence than those who did not. (4)

Many studies by scientists and medical professionals have found that a person is more susceptible to developing AUD if they abuse alcohol during their teenage and student years.

If you are a parent, friend or partner of a college student and are worried about their drinking, here are signs to watch out for that could indicate an alcohol problem.Signs of alcohol abuse in college students 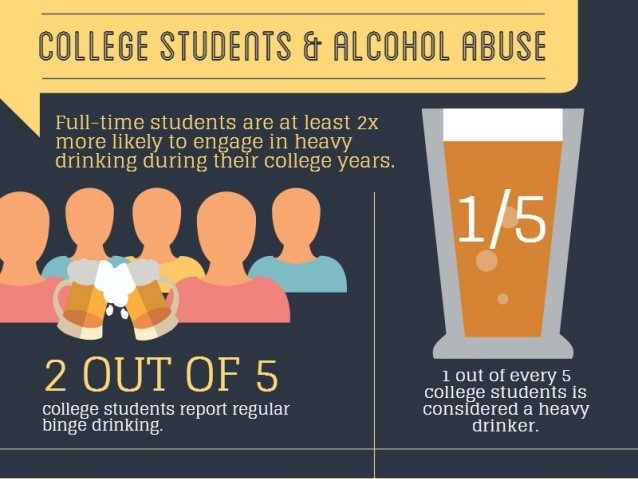 Many students that attend college are under the legal drinking age of 18 in the UK. However, this does not stop them from experimenting with substances and potentially developing unhealthy drinking habits.

Signs a college student has a drinking problem:

Any major changes in a person’s behaviour, mood or appearance should not be ignored. Even if alcohol is not responsible for the change, they are likely experiencing problems with their mental or physical health or substance abuse issues.

The dangers of binge drinking in college students

College students are more prone to suffer from adverse effects from drinking due to their brain still developing.

If you as a parent, carer, friend, or partner suspect a college student has developed a drinking problem, you mustn’t ignore the problem hoping that it is just a phase. Problematic drinking often starts during the teenage and early adulthood years.

Alcohol Use Disorders are medically recognised and respond well to treatment. However, left untreated, they only ever become progressively worse.

We recommend that you speak to them when they are sober to process what you have to say. Try to speak to them on a one-to-one basis and keep your manner calm and non-judgemental.

Provide them with the facts about alcoholism, the potential dangers of binge drinking and present your concerns. If they are defensive or deny they have a problem, then an alcohol intervention may be required.

You can also call us at Rehab Guide for help and support. We will carry out a free and confidential assessment of their drinking habits and advise the appropriate professional treatment required to help them recover. 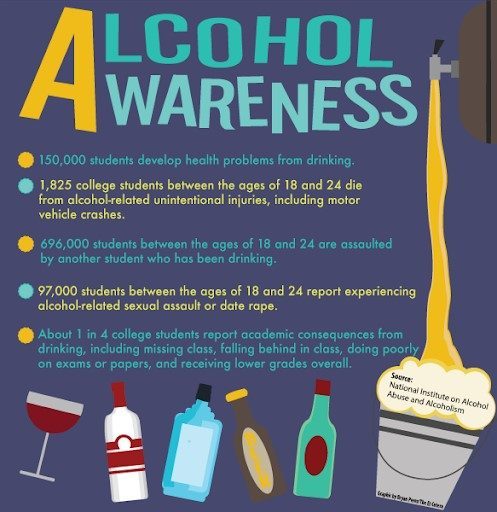 If you have a child that is soon to start college or university, it is important to educate them around the risks of drinking heavily, and You can find many useful pages relating to these subjects on our site.

Assure your child that they can approach you if they have any concerns around drinking or experimenting with drugs. Ensure that you know the college’s alcohol policy and who to contact if you are concerned.

Offer additional support and guidance, especially through the first few months of starting college. This is when they will be forming friendships and social activities.

Many students give in to peer pressure, so it is wise to discuss some practical tips on dealing with this issue. (6)

Most UK rehabs are legally only licensed to treat adults aged 18 and over. However, there are many other successful treatment options available that we can provide.

At Rehab Guide, we specialise in bespoke alcohol treatment programmes, and only work with qualified practitioners and CQC registered treatment centres.

Our addiction treatment experts will advise a suitable treatment plan to support a student in overcoming a drinking problem by calling us; we can also support you as a parent or loved one of someone who is suffering.

Call us today to find out more about our alcohol treatment programmes, alcohol interventions and detox programmes.