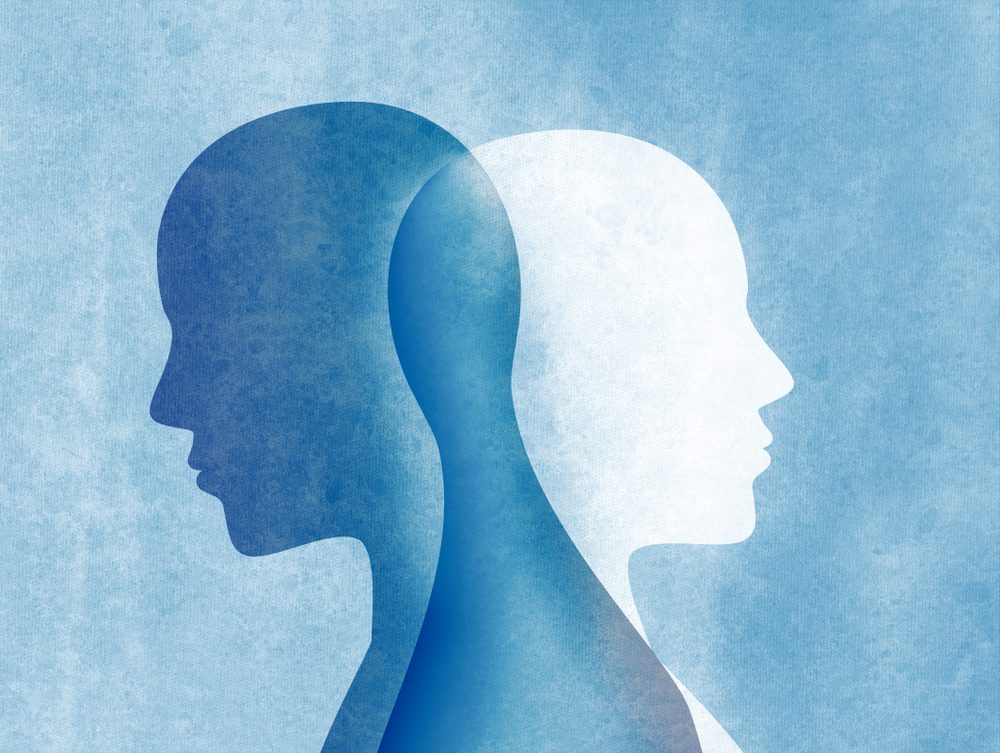 One of the alcoholism and mental illness statistics that highlight dual-diagnosis relationships is that around half of the people with an addiction to alcohol also come with a mental health dual-diagnosis. Because of the complications of all diagnoses, it can be hard to understand which disorder came first.

The way substance abuse disorders interact with mental illnesses is convoluted, especially depending on individual cases.

A dual diagnosis of alcohol and depression or other mental disorders and alcoholism, in general, exacerbate both conditions. With the correct knowledge, resources, and treatment, help can be sought after by people suffering from a mental illness and alcoholism. To get a basic understanding of the relationship between alcohol and mental health, keep reading.

Does Alcohol Cause Mental Illness?

There has been some research to say that the use of alcohol may result in experiences of depression or other mental health conditions. These claims are not founded. It’s a controversial topic because of the direct correlation between alcoholism and mental illness.

There is a conception that alcohol is a depressant. But, depressant actually refers to alcohol being a respiratory depressant.

If you do have a mental illness already, alcohol use definitely worsens symptoms. Some people may experience depression or anxiety after alcohol use. This happens because of poor decision-making they made while intoxicated.

Is Alcoholism a Mental Illness?

Since alcoholism is classified as a substance use disorder and addiction, it technically qualifies as a mental illness. The seriousness of substance abuse disorders gets downplayed by people who have never experienced one before. Because it isn’t something tangible, like having a disease such as cancer, it doesn’t always get taken seriously.

It’s a psychological disease that can lead to physical symptoms such as having cravings. People with alcoholism have an obsession with alcohol that is in many ways out of their control, causing compulsions to indulge in drinking.

Alcoholism has just as much influence over someone’s life as any other disorder would. It affects a person physically, mentally, emotionally, and spiritually. Withdrawal and comedown symptoms are common, such as feelings of shame, guilt, or indignity.

What Type of Individual Is Impacted Most by Pathological Intoxication?

Yet, the condition still remains a bit of a mystery. There are typically no different physical differences within the prefrontal cortex of those who experience pathological intoxication versus those who do not. But, people more prone to the condition are those with preexisting mental illnesses such as depression, anxiety, and bipolar disorder.

People who experience this may also be more likely to have addiction issues as well. Typical behaviour of somebody with pathological intoxication includes the following.

One such article suggests that people suffering from this have a reduced amount of GABA in their brains. Patients also had increased glutamate and aspartate. This suggests that further research is needed in this field of study, despite the invalidity of pathological intoxication in psychiatric work. 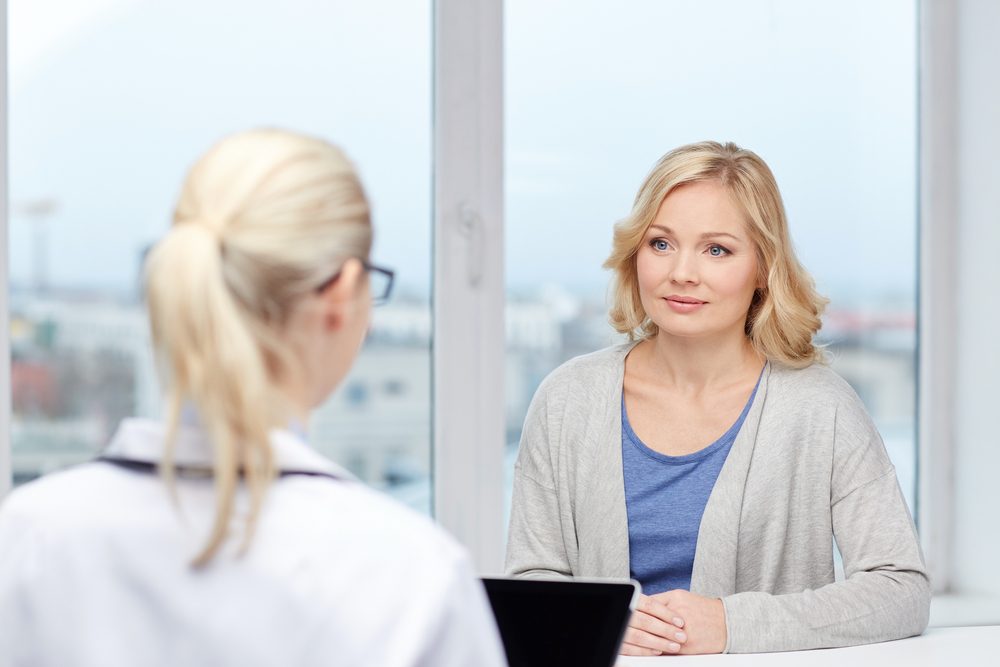 There are some factors to understand before diving into which types of mental illnesses are most common alongside alcoholism. Without a deep dive into an individual’s history, no one can say for sure that addiction caused a mental illness or vice versa. It’s actually pretty possible that they both could have occurred without the other one present.

This is because the same risk factors influence the likelihood of having a mental illness or addiction. Not only do genetics play a role in mental illness and addiction, but so do stress factors and trauma. If you have a combination of any of these three, the risk factor increases even more.

Again, an emphasis needs to be made on one condition potentially causing the other. People with mental illness may turn to drugs to cope with their symptoms. This is known as self-medication.

Likewise, people who use alcohol may cope with their bad decisions or lead them to have developmental issues, resulting in mental illness.

It is no surprise that people with depression turn to alcohol. While comedowns or withdrawals from alcohol tend to make depression worse, depressed people still use alcohol. They believe it to make their personality more outgoing while alleviating negative feelings of self-doubt, shame, guilt, loneliness, hopelessness, etc.

A dependence on alcohol easily occurs when depressive users rely on alcohol. They use alcohol to feel happy, normal, or relieved.

Anxiety is experienced by most individuals at some point in their lives. But, when anxiety persists every day, its symptoms are debilitating. Common symptoms of anxiety include the following.

These are only some of the main symptoms associated with anxiety. There are many subtypes of anxiety as well.

Alcohol is used by those with anxiety to find a temporary break in their symptoms. Anxiety can lead to false confidence within social settings. It can also break the intense focus on ruminating thoughts.

So, when wondering why alcohol is bad for mental health, remember that alcohol worsens mental health symptoms. Someone can feel temporarily relieved while intoxicated but then worsen their mental health conditions after use.

It can be especially dangerous if a bipolar person is on medication that alcohol interferes with. This can result in serious damage to the user.

In addition, drinking whilst depressed may prolong their depressed state. Drinking while manic can make manic symptoms worse, resulting in even more poor decision-making. Alcoholism and bipolar disorder, in some cases, may be life-ruining.

So, again, alcohol use can relieve these thoughts temporarily. However, obsession can occur on drinking too. OCD people may be more prone to obsess over alcohol, thinking about it, thinking about when they will drink again, and so on.

Alcohol is best avoided in people with OCD.

Rehab is necessary for many alcoholics to quit drinking. However, if you have a dual diagnosis, it’s important to get treatment for all of your conditions at the same time. It isn’t possible to solely treat alcoholism while ignoring underlying mental illnesses affecting you.

A good alcohol and mental health rehab center will offer various services catered to your needs. Cognitive-behavioural therapy, detox support, and therapy are typical treatments you can get.

A typical rehab program will begin with detoxing. If alcohol and mental health treatment centers near you don’t offer detox support, you can get this at a hospital usually. You may not need medical assistance during detox if you don’t experience seizures and such while withdrawing.

It’s always better safe than sorry, however. After you completely detox, inpatient treatment can begin. Inpatient treatment has twenty-four-seven services to help you. Here, you will have individual therapy, group therapy, twelve-step programs, and medication-based treatment.

Some places even offer holistic services. Holistic therapies are especially beneficial to those who have a dual diagnosis. This way, you treat your spirit, body, and mental health in addition to physical symptoms from addiction.

Outpatient services exist to help those after they leave rehab. This helps you have the resources to continue sobriety while making progress in treating your mental illness.

While seeking treatment is important, it helps to have resources for before or after rehabilitation. Some people may be hesitant to try rehabilitation. In this case, you can use intervention services to help you create a plan to get a loved one help.

An individual has to be willing to get treatment before treatment is successful. One thing very valuable in a dual diagnosis person’s life is having support. A support system, whether from family, friends, or recovering addicts, gives them positive influences in their lives.

Addicts with mental health disorders are usually aware they have problems. Having someone to talk to can go a long way in them feeling less alone in their situation. Therapy is useful in this situation as well, to have professional, nonjudgmental help.

Holistic therapies help at all phases of a dual diagnosis person’s life. Taking on yoga, meditation, music, or other such hobbies impacts someone for the better. Having things to do while sober is a huge deal for addicts and those with mental illness.

Depressed people don’t feel like doing things. Going for a simple walk can turn the person’s entire day around, though.

Developing safe habits like these help prevent relapses. They can also relieve someone of mental health episodes in a non-toxic way.

Having said this, it’s best to seek out help if you’re struggling. The stigma surrounding both alcoholism and mental illness has reduced from the past. More people are empathetic to these conditions.

This makes it easier to get the help you need to relieve mental health conditions while preventing addiction episodes. Much research has developed, resulting in so many effective therapeutic techniques.

When an addict decides they want help, they are more likely to be successful in sobriety. Someone who doesn’t want help yet gets treatment may be unsuccessful. It can be hard to admit this, but there are many people who are rooting for your success.

Learn to understand your diagnoses. With therapy sessions, inpatient rehab, and holistic habits, this is more than possible. Rehab Guide offers so many services with tangible results for dual diagnosis alcohol and depression patients.

Other mental disorders and alcoholism may be treated using Rehab Guide too. Contact us here to receive more information on the rehabilitation services we offer today.

How Has Lockdown Affected Your Drinking Habits and Mood?