The Relationship Between Alcohol And Bipolar Disorder

Alcohol and Bipolar disorder are often associated. Whilst it is not unusual for a person with mental health problems to abuse alcohol or drugs, there is a definite link between alcohol and bipolar disorder.

It is estimated that as many as 40 – 46% of people suffering from a diagnosed condition of Bipolar disorder also suffer from an alcohol use disorder.

Whilst these statistics may be quite shocking to some, the reality is the actual figures are likely to be much higher.

Sufferers are often misdiagnosed, undiagnosed, or go many years before being correctly diagnosed.

Similar could also be said of those who suffer from an alcohol use disorder; many do not seek a diagnosis, help or treatment until the pain of drinking becomes unbearable 1

In this article, Rehab Guide examine the prevalence of alcohol use disorders in those that suffer from bipolar illness.

We also look at what bipolar disorder is, the different types, and why those that suffer often turn to alcohol.

Further on, we look at the various proven treatment methods available for bipolar conditions. A person also suffers from a problem with alcohol or suffers from another form of dual diagnosis illness.

What is Bipolar Disorder?

Bipolar disorder is a type of mental health illness and mood disorder that is classified into different types.

The main types of the disorder are types 1 & 2. However, other types relate to bipolar disorder recognised by medical and mental health professionals but vary in their presentation, severity, and frequency of symptoms. 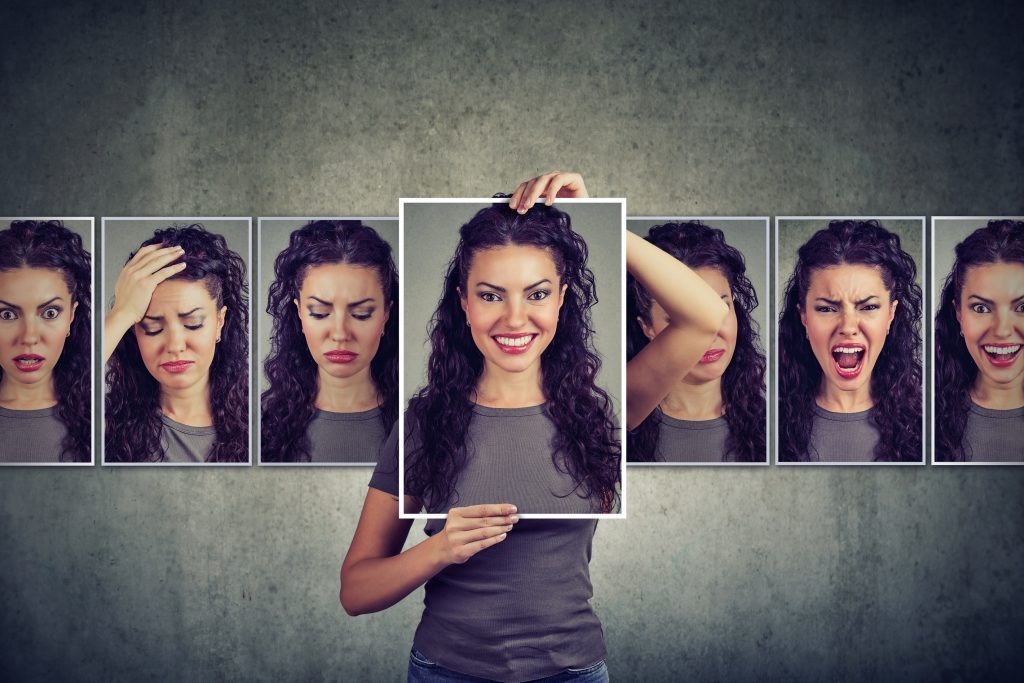 Types of Bipolar disorder and symptoms

Bipolar 1 disorder is diagnosed when a person has suffered at least 1 episode of extreme highs (mania) that lasted more than one week. Between periods of mania, a person will experience extreme lows (depression).

Untreated mania can last 3 to 6 months and depressive episodes 6 to 12 months.

Bipolar 1 disorder is usually diagnosed more quickly than other types of the disorder due to the severity and duration of symptoms.

Bipolar disorder type 2 can be more challenging to diagnose correctly; manic and depressive symptoms are less severe than type 1 but are still highly distressing.

Cyclothymia disorder or Cyclothymia is a type of bipolar disorder diagnosed where a person experiences regular cycles of hypomania and depression that lasts for 2 years or more.

These individuals will feel a combination of depressive and manic episodes simultaneously. For example, they may feel extremely depressed, sad and hopeless yet highly energised. Because the symptoms are mixed, it is often challenging to gain a correct diagnosis.

People will be diagnosed if they experience four or more depressive, manic, mixed or hypomanic episodes over 12 months.

Symptoms and Causes of Bipolar Disorder

Symptoms involve extreme highs and lows and can range from mild to severe.

The more severe symptoms a person experiences, the better their chance of gaining a quick and correct diagnosis.

Sadly, many that are considered borderline, mixed or rapid cycling do not gain a correct diagnosis until later on in life, if at all.

The onset typically manifests in early adulthood but can also be triggered.

Alcohol and drugs have been identified as triggers for an episode in a person suffering from a bipolar illness.

Causes of Bipolar disorder include:

Bipolar disorders, like most mental health disorders, are usually caused by a combination of different factors that make the individual more susceptible.

If you or a loved one suffer from a bipolar disorder illness, self-care is essential.  Episodes can be reduced in frequency, severity and duration by looking after your overall health and wellbeing.

Ways of self-managing bipolar disorder include:

Learning how to manage bipolar disorder effectively will reduce the chances of self-medicating your condition using drugs or alcohol.

Alcohol is a depressant. When a person with bipolar disorder drinks alcohol, they will find that their manic and depressive symptoms are increased.

Mania is characterised by impulsiveness, feeling high and risk-taking – alcohol enhances all of these characteristics. Even drinking just a small amount of alcohol can make a substantial difference to the severity of symptoms.

There is also the risk of possible interactions between bipolar medications and alcohol.

Alcohol can not only delay the recovery process, but it can also interfere with the absorption of medications. Alcohol consumption can result in medication working less effectively.

Drinking alcohol frequently and to excess can also lead to alcohol dependence, causing a person to experience unpleasant and even dangerous symptoms when they try to stop or reduce their alcohol intake (alcohol withdrawal) (3)

According to The National Institute of Alcohol Abuse and Alcoholism, alcohol use disorders are the most common in those who suffer from Bipolar 1 disorder compared to other bipolar types.

Studies have also shown that the frequency of alcohol use disorders (AUDs) is substantially higher in sufferers when compared to any other mood disorder (4,5)

Studies tell us that the more extreme the highs and lows a person suffers due to their mental health, the more likely they are to turn to alcohol as a method of coping.

What Causes Bipolar Individuals to Drink?

Alcohol can intensify or stir up feelings; exacerbate an explosive situation with each sip.

Drinking on bipolar medication can turn one drink into many, particularly drinking on an empty stomach. When people are unable to control their emotions, their responses may be disruptive.

Despite the hazy nights and hangovers leading to mixed feelings once the alcohol leaves your system, many bipolar sufferers still choose to drink. For some, the relaxed feeling and the magnified mania far outweigh the adverse effect alcohol has on the mood.

The higher the pleasure of the high alcohol would bring, the lower a bipolar person’s mood would extend onto everyday life; however, for some, it is all worth it. Alcohol relieves the anxiety between the crazed feelings and the good and bad times bipolar disorder brings about.  Additionally, many with bipolar disorder find that the side effects of most medications are so intense that they would willingly self-medicate and deal with the outcomes.

Another explanation for the high incidence of alcohol use disorders in those with bipolar is genetics. Both bipolar disorder and alcoholism can be genetically passed down in families. Being raised by a bipolar parent with an alcohol problem can also influence a child to drink should they develop bipolar symptoms (7)

As part of the ECA study, Helzer and Przybeck (1988), it was found that mania and alcohol use disorders are more likely to occur together – 6.2 times more likely (6)

Substance abuse and dependence (i.e. abuse and addiction to drugs including cannabis, cocaine, heroin, prescription drugs) is also far more frequent in those that have bipolar disorders when compared to other mood disorders and those that do not suffer from dual diagnosis.

The National Institute on Alcohol Abuse and Alcoholism (NIAAA) has various theories on why alcohol use disorders are so problematic in those who suffer from bipolar, based on the various studies conducted.

Despite these possible explanations of why alcohol use disorders are prevalent, there is still so much that is not fully understood.

Treatment for both bipolar and alcoholism is often complex and lengthy. However, studies have shown that those that suffer from Bipolar do better in treatment and during the two years follow up than those who attend treatment for alcoholism and no other mental health disorder (7,8)

Exactly why this is, we cannot be sure.

We know at Rehab Guide that treatment for dual diagnosis patients has come a very long way within the private sector.

Unfortunately, free treatment available on the NHS still does not simultaneously treat substance misuse disorders and mental health illnesses. Instead, alcohol or drugs need to be stopped before an accurate mental health diagnosis. Only then can the correct treatment be administered.

The NHS’s approach to treating dual diagnosis is mainly due to a lack of funding and adequate treatment pathways.

Bipolar disorder with an alcohol use disorder should have all components treated simultaneously and within the same treatment period to ensure the best long term outcome. This kind of treatment is only possible on an inpatient basis.

Both alcoholism and bipolar disorders have a high fatality rate, so both conditions must be treated intensively and comprehensively to avoid relapse (9)

When both are treated simultaneously, the long-term prognosis is good, providing adequate aftercare and support is arranged for continued support in the community.

For further information on inpatient rehab treatment, please call us and speak with one of our friendly treatment experts.

We specialise in treating all manner of addictions and co-occurring mental health illnesses. We will ensure that you or your loved one access the best in CQC registered addiction treatment available.

Recovery from both alcohol and bipolar disorder is possible with the correct bespoke treatment. Call us today on 020 7205 2845 to find out how Rehab Guide can help you.

Substance Abuse in the Workplace

Are You In a Relationship With a Functioning Alcoholic?

How Much Does Alcohol Rehab Cost?