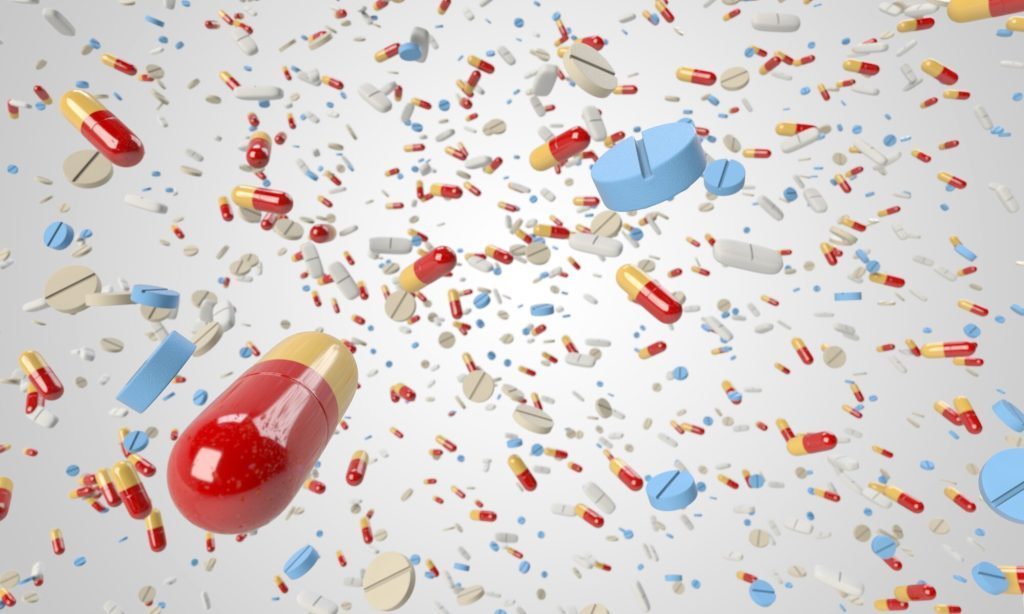 What are prescription drugs?

Prescription drugs are often powerful medications, and this is why they require a prescription.

There are three main kinds of prescription drugs that are regularly misused:

Opioids or Opiates: are used to relieve pain, such as Vicodin, OxyContin, or codeine.

Depressants: are used to help anxiety or assist with sleeping problems, Valium or Xanax are examples.

Stimulants: are treatments for attention deficit hyperactivity disorder (ADHD), such as Adderall and Ritalin.

Although taking these drugs in some situations makes sense, they are sometimes misused. They can take them in risky combinations with other drugs or alcohol. Or, they take doses that are higher than recommended.

Learn about the most widely prescribed and abused prescription drugs and the signs that your prescription medication is becoming a concern.

You must understand how your medication works and the effects that it can cause.

It may be that your body will not agree with that particular medication, and you may experience symptoms of an overdose. By understanding and recognising the signs, you will be able to catch it early before any damage is done.

You should also check the effects of taking your particular drug with any over-the-counter medication and alcohol.

It would be best to tell your doctor about your condition and the symptoms you have to prescribe the correct medication. Also, advise him of all the prescription medicines you take, including over-the-counter medicines. It is also advisable to tell him about any herbal medicines or supplements and amounts of alcohol ingested.

If you are worried about getting addicted to pain killers, ask for alternative medicine that does not contain such a high level of addictive drugs.

Once you have been prescribed opioids, it is always a good idea to check in regularly with your doctor to ensure that the medication you are taking is working and that the dosage is correct.

It may be that he needs to up the dosage or decrease it depending on your pain threshold.

Follow the prescription instructions. Take the required dosage. Do not under any circumstances, take matters into your own hands, stop usage, or change the dosage unless you have spoken to a physician first.

In other words, if you are still in pain after taking the dosage, an alternative medication will be prescribed. It may be that you require a stronger dose.

Another Person’s Medication Is a No-No

Everybody has different physiology. Even if you suffer from the same condition, your body’s chemical set up may be different and react differently with the said drug.

It will likely be an incorrect dosage or drug, and it will not work for you.

On the internet, there are fraudulent prescription drugs and opiates that are potentially harmful. Do not order medication online unless it is from a reputable internet location.

Prescription drugs are intended to treat a particular condition or illness, but they sometimes have side effects, some of which can be unpleasant, or in some cases dangerous. These side effects can be made worse if the drugs are not taken as prescribed or are used in combination with other substances. 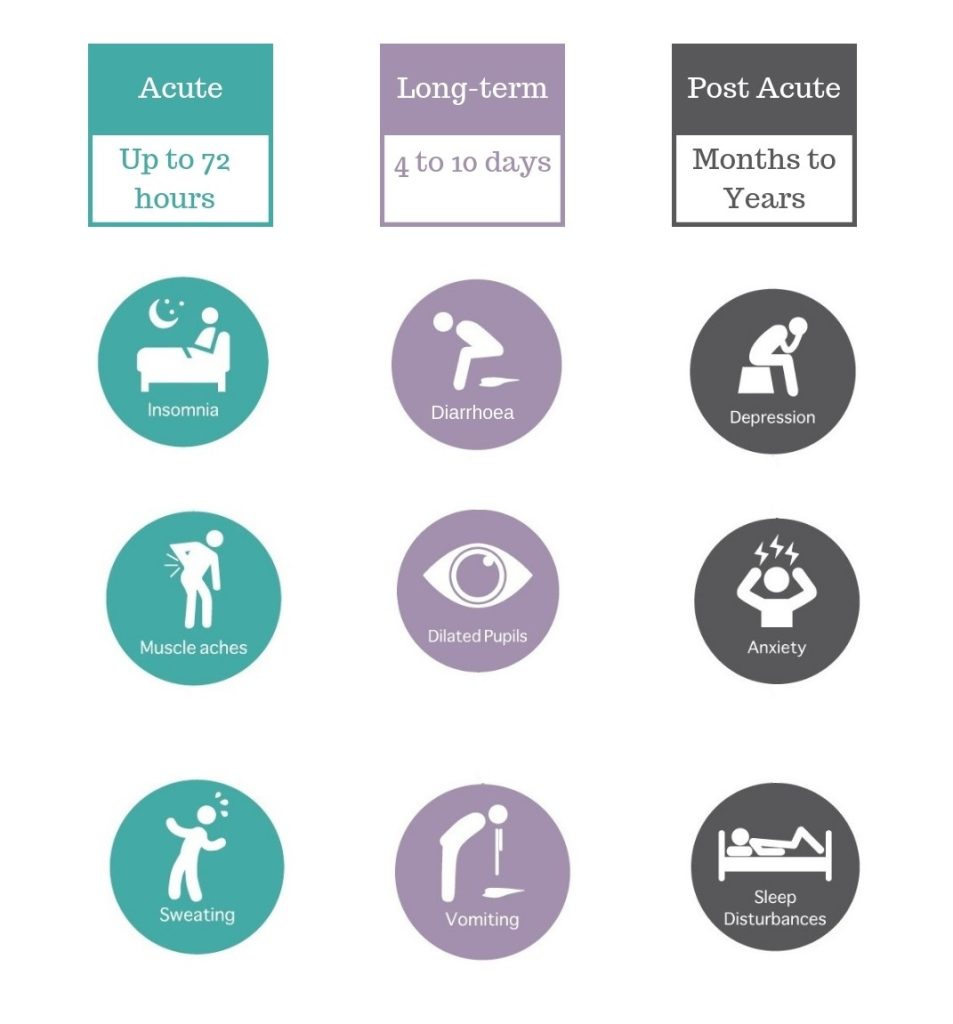 Opiates and opioids are widely prescribed for a vast range of pain-related conditions.

Painkillers are effective medications that are highly addictive, that is a fact. Recognising the social and health effects of opioid usage is essential for minimising associated threats and risks.

Painkiller dependency arises after a duration of daily intake. The time it takes to become dependent varies with the strength, amount, duration, and administration route. Physical and psychological dependency may grow within a relatively short amount of continuous use, anything from two to ten days.

Opioid pain medications are usually safe when used for a short period and as prescribed. But since these prescription drugs create euphoria and pain control, they can be abused if used in a particular manner or in a more significant amount than prescribed.

Regular use, even as prescribed by a doctor, can lead to dependency, and when misused, opioid pain medicines can lead to addiction, overdose, and in some cases, even death.

Speak to a drug rehab centre, if you are concerned about prescription medication misuse or if you want to hear more about how to avoid withdrawal symptoms.

Codeine use often starts innocently as a cough syrup prescription but can quickly evolve into a dependency. That is because codeine is less controlled than other opiates considered to be more harmful, and it is relatively easy to get and abuse.

Codeine is one of the most commonly abused prescription drugs. It has a similar chemical makeup as morphine. Although it is not as potent, codeine produces effects similar to morphine.

The effects codeine gives include drowsiness, euphoria, apathy, and relaxation.

Although some people think codeine is safe, higher doses can be fatal to those who use it. When codeine is taken along with other depressants such as alcohol or other opioids, it can lead to breathing problems, coma, and even death.

Tramadol is only available as prescribed medicine. It comes in the form of tablets, capsules, and liquid drops that you take orally.

Is Tramadol addictive? Yes, it is. If you are prescribed Tramadol for an extended period, your body becomes used to it. That means to be effective and control your pain, you have to up the dosage and take more.

You cannot stop taking Tramadol suddenly. You will suffer withdrawal symptoms. These include anxiety, panic attacks, agitation, nervousness, sleeplessness, shaking, and ringing in the ears.

Methadone is used as an alternate medication for weaning people off drug addiction, mainly heroin.

Although methadone is better than heroin, you can still overdose. Overdosing on methadone in Britain is on the rise. That is a result of increased prescriptions and the availability of this drug. Methadone helps reduce the harshness of opiate withdrawal symptom.

Oxycodone is only available through prescription. It comes in the form of tablets, capsules, liquid, and injection. It is also known by the brand names Oxynorm and OxyContin. If you have little or no tolerance to opioids, you could overdose if you take more pills than prescribed.

Danger rises when people look for a ‘high’. They tamper with the medication by chewing or crushing the tablets, releasing oxycodone immediately and not as it is meant to be as a slow-release.

If oxycodone is used this way, you may suffer an overdose. Signs of overdose include troubled or slower breathing and severe drowsiness. Overdose of oxycodone can result in brain damage or more severe cases, death.

Fentanyl medication is only available with a prescription. It comes in the form of skin patches, lozenges or tablets, nasal spray, and injections.

As with all opioids, too much fentanyl will be dangerous. The quantity that can lead to an overdose, however, varies from person to person.

Fentanyl can be addictive, mainly if you take it for a long time, and your body becomes used to it. That means you will need higher doses to help you control your pain.

Some medical applications for benzodiazepines include as a muscle relaxant, as a before operation relaxant, epilepsy and neurosis, and in the treatment of alcohol and painkiller withdrawal.

Some medical applications for benzodiazepines include as a muscle relaxant, as a before operation relaxant, epilepsy and neurosis, and in the treatment of alcohol withdrawal and painkiller withdrawal.

Here is a list of some prescription Benzodiazepines brands that are commonly abused:

It is predicted that about 40% of people taking these prescribed drugs for more than six weeks would become addicted. Withdrawal may cause signs and symptoms such as panic attacks, nausea, insomnia, restlessness, dizziness, and headache.

Sudden withdrawal from high doses can be hazardous and result in confusion, hallucinations, and convulsions. Tranquillisers are very difficult to give up, and many people find they need a gradually reduced dosage to do so.

Despite the well-known complications with prescription benzodiazepines, these medications rose by 67% from 1996 to2013. Deaths from benzodiazepine abuse increased by 400% from 2002 to 2013.

As indicated, sleeping pills are a type of medication used to induce sleep and treat sleep disorders. In a hospital or surgical situation, they are generally to facilitate a medical procedure or diagnostic procedure.
Several different types of sleeping pill are available worldwide, and each has advantages and disadvantages. Not all substances used to induce sleep are habit-forming, but unfortunately, many of the most popular and most commonly available sleeping pills can be addictive.

It is never good to mix sleeping pills with alcohol because they can interact with each other.  Even small quantities of alcohol mixed with sleeping pills can result in serious symptoms such as over-sedation, disorientation, dizziness, fainting, as well as decreased heart rate and breathing.

Stimulant prescription medications are used in medical situations from obesity, sleep disorders such as narcolepsy, and control conditions such as ADHD and major depression.

Stimulants like Adderall or Ritalin can cause your body temperature to rise and make your heart beat faster. They can also cause paranoia, especially if you take in large doses or other ways other than taking a pill.

Reducing the risk of addiction to prescription medication

Those who take prescription drugs for medicinal purposes might find they like these drugs’ effects and start to take them more. If you are taking a medication that is sometimes abused, make these choices to reduce the likelihood of addiction.

You should be extremely cautious to start taking these prescription drugs if you or a family member have ever had an addiction or a mental health issue.

However, that being said, after you start taking them, you cannot quit ‘cold turkey’ or take an extra dose without first talking to your doctor.

If you suspect or need information on your prescription medication dependency or misuse, contact us for confidential and free advice.