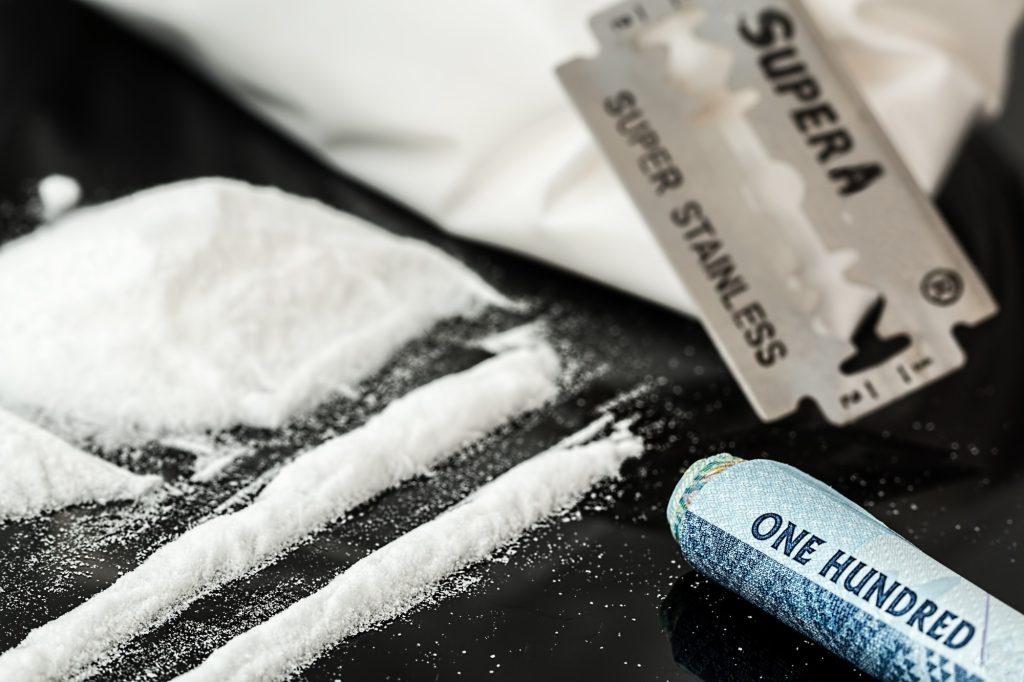 In 2018, 5.3% of British people between 15 and 34 took cocaine. If you’ve been out partying at any time, then it’s very likely that you might’ve seen this substance being passed around.

But can you get addicted to cocaine? You most certainly can.

Cocaine is a stimulant drug that typically takes the form of a white powder. This powder is then snorted or swallowed by users to create an intense high.

Cocaine users tend to feel a sense of euphoria and self-confidence, making it a drug often chosen for raves, parties, and social gatherings. While cocaine might make people feel like the “life of the party,” often, their behaviour is seen as obnoxious.

The high from crack cocaine is so intense that it is more likely that a user will become a coke addict.

The Signs of Cocaine Addiction

There are a number of telltale signs you can look out for if you suspect someone is addicted to cocaine. If you’re close enough with them to know about their finances, you will probably notice a whole lot of money being spent. A cocaine habit can become very expensive.

You might also notice that the person needs to excuse themselves often. Cocaine gives a strong high but it’s short-lasting, so addicts need to consume it at regular intervals.

You might notice that a suspected cocaine addict is lethargic and quiet. And then after a trip to the bathroom, they’re suddenly confident and boisterous.

You might also notice some abrupt lifestyle changes, such as staying out late.

How Addictive Is Cocaine?

You might be asking: how addictive is cocaine? It may not be quite as addictive as substances like heroin or alcohol, but a cocaine habit can still be severe.

Typically, cocaine abuse will not lead to fatal withdrawal symptoms. However, the experience of withdrawing from cocaine can be very unpleasant.

Eventually, cocaine users will develop a tolerance to the drug. This means that they will need to use cocaine just to feel normal. At this point, the addiction can get serious, as attempting to quit can be incredibly debilitating.

So is cocaine addictive? Yes. For many users, it can become a habit that’s extremely difficult to break.

How Widely Used Is Cocaine?

Despite the dangers and expenses of using cocaine, it remains one of the most popular drugs in the UK. It’s believed that cocaine is the second most popular recreational drug among British drug users.

While cocaine is widely used amongst the younger party crowd, it is also used by professionals as well. Some cocaine addicts are highly functional, managing to work a full-time job while habitually using cocaine.

Cocaine is sometimes used in high-pressure work environments because it helps you to stay awake and alert for long periods of time. Its tendency to make users feel self-confident also means that it helps you to have a “winning” mindset.

How Does Cocaine Work?

Next, you might be wondering: how does cocaine work and why is cocaine a stimulant? Essentially, cocaine floods the brain with “feel-good” neurotransmitters such as dopamine and serotonin.

With an excess amount of these chemicals in the brain, a cocaine user will experience a euphoric high. The following day, the user will suffer from a “comedown” due to a lack of dopamine and serotonin left in the brain.

If you’re addicted to coke, your brain stops producing these feel-good transmitters normally. This means that it becomes impossible to feel good without using cocaine.

Once somebody gets to this level of cocaine abuse, it can become tough to quit. At this level of addiction, clinical intervention is usually necessary. For example, a coke addict might stay at a rehab facility.

Cocaine abusers will frequently combine cocaine with alcohol, which is a potentially lethal combination. Users favour this combination, as the two drugs complement each other.

Cocaine users also like this combination, as the stimulant effects of cocaine minimise alcohol’s depressant effects. This means that cocaine users can drink more and for much longer than non-users.

This can quickly spiral into full-blown cocaine addiction.

The Financial Costs of Cocaine Addiction

One of the aspects of cocaine abuse that makes it so problematic is the cost. Cocaine is one of the most expensive recreational drugs out there. For UK cocaine, you could expect to pay at least £50 for just 1 gram.

A serious cocaine session can easily end up costing hundreds or thousands of pounds. This means that cocaine addiction can be tough to maintain without a large income.

For this reason, cocaine is often seen as a drug for rich and successful people. After all, you can’t afford a cocaine habit on minimum wage.

The “glamour” of cocaine is what attracts a lot of people to it, but cocaine use can quickly get out of hand. Eventually, many cocaine abusers get desperate and feel the need to steal, sell their possessions, or borrow from friends or family to maintain the habit.

Cocaine abusers often end up hitting their “rock bottom” situation for financial reasons. This is particularly true for when they can no longer afford to support their habit.

Why Do People Get Addicted to Cocaine?

There are a few different ways that someone might become a cocaine addict. For example, many experts argue that other drugs can act as a “gateway” one.

This means that most users don’t start off directly with addiction by using cocaine. Instead, they start off with less harmful drugs such as cannabis.

After using such drugs for a while, a person might feel the urge to try something stronger and turn to cocaine. They might also buy their softer drugs from a dealer who also pushes cocaine.

Other theories suggest that unresolved trauma and mental illness may be a risk factor for cocaine addiction. For example, cocaine can temporarily alleviate mental disorders such as PTSD and depression.

Finally, some argue that there’s a genetic predisposition to being a cocaine addict. This means that societal and psychological factors might be less relevant and that some people are predisposed to addiction.

Now that you’ve read this article, you know what cocaine addiction looks like. Perhaps you’ve recognised that you yourself have an addiction, or that a loved one is struggling.

Just know that it’s not the end of the world. With proper help from professionals at a rehabilitation centre, you’ll be able to receive the care you need to recover and get sober for good.

Do you or a loved one need help with cocaine addiction? Then get in touch with us now. We’re happy to provide you with free and confidential advice.

An End In Sight For Cocaine Addiction