One of the world’s most recognisable drugs, cocaine, comes from the coca plant. It has several mental and physical side effects.  Cocaine is widely known for its short term high and addiction potential.

Knowing how to spot the signs of cocaine use is important if you believe a friend or loved one might be using or addicted.

Cocaine is a potent stimulant that directly affects the central nervous system. Cocaine has euphoric and stimulating properties, much like amphetamines, but they do not last long. Cocaine symptoms will make the person more alert, excited and feel more confident.

Our eyes naturally change in light and dark. Pupils (the dark part in the middle) get larger in low light and smaller in bright places. We might not notice, but they also get bigger in frightening or exciting situations. This is thanks to the stress hormones adrenaline and norepinephrine.

Cocaine stimulates these chemicals, so having dilated pupils ( a large part of the eye is black) is a common sign of cocaine use. Bloodshot eyes are also common in cocaine users due to increased blood pressure and circulation issues.

Other things that cause these symptoms include eye conditions and stress. However, in combination with other signs, they may indicate cocaine use.

Also known as septum damage, snorting cocaine can cause a hole in the inside of the nose. The symptoms are whistling nose, bleeding and nose collapsing. Cocaine nose often needs surgery to repair the damage.

People on coke are often hyperactive, moving and being agitated almost constantly. This means they often overheat as it is used as a party drug in crowded and hot places.

At the same time, cocaine slightly reduces the body’s ability to cool. You will sweat less than you should. This can lead to dangerous body temperatures and is a risk of overdose.

By mimicking your body’s natural fight or flight response, cocaine puts your system in overdrive. In a dangerous or exciting situation, our body releases adrenaline and other hormones. These let us temporarily have more energy, strength or arousal.

Just like exposing yourself to extreme stress constantly, excessive cocaine use strains your heart and blood vessels. Cocaine creates this effect without the outside stimulus. The issue is that it is only meant to be temporary and seldom.

Heart attacks and strokes are a huge risk for cocaine users.

The most common way of taking cocaine is snorting it as a powder. However, crack cocaine use is rising. This means smoking cocaine in crystal form. Because of the use of crack pipes and preparation of crack cocaine, one of the signs is burnt lips and cracked fingers. 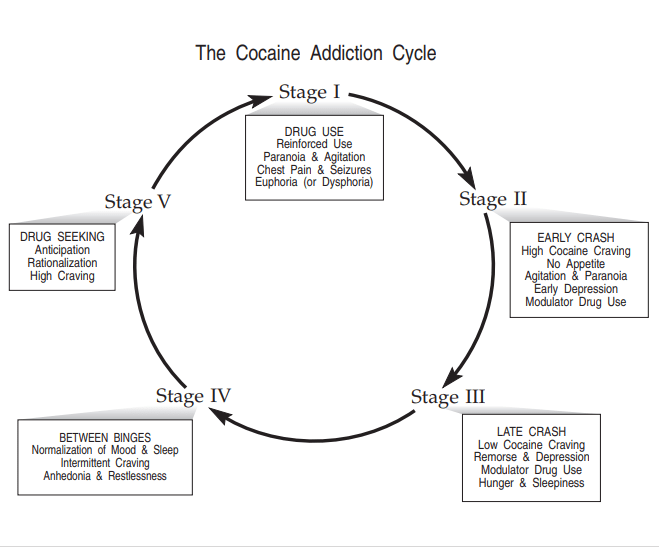 We have looked at how adrenaline and hormones cause physical symptoms, but there are other chemicals in our brain that cocaine affects.

Dopamine is a chemical in our brains that is released when we experience something pleasurable. In other words, dopamine makes us feel good. The more dopamine in our system, the better we feel.

As users continue to abuse cocaine, the brain begins to adjust to the unnatural release of dopamine. Over time, heavy users will become increasingly immune to any form of pleasure and will require larger doses to compensate.

Brain damage may occur at some point, and the user may no longer be able to experience any form of pleasure without the use of cocaine. Individuals who reach this point often become hopelessly addicted to the drug.

The intense high from all forms of cocaine makes it highly addictive. The more you take cocaine, the less able you are to be happy or excited by life without the drug. Signs of cocaine addiction are:

Unable to control cocaine intake. Addiction means you are compelled to take more and more of something, often against your wishes.

Withdrawal symptoms. When you stop taking cocaine, you suffer from insomnia, irritability, depression and extreme cravings.

Lose interest in other things. Family, friends, hobbies and work or studies, these things that used to make you happy are replaced by cocaine.

Financial Problems. Cocaine is known as the ‘rich man’s drug’. A cocaine habit is very costly and can lead to serious financial issues.

Sexual changes. One lesser-known effect of cocaine use is sexual risk-taking. The desire for sex and loss of inhibitions can lead to dangerous and illegal sexual behaviour.

Many users also have unpleasant experiences along with euphoria. These side effects include:

These experiences can last anywhere from a couple of minutes to a few hours. This will depend on the dose and how you take it.

Cocaine affects virtually every part of the body, and long-term use can cause several issues, ranging from minor irritations to fatal injuries. Long-term snorting of cocaine can result in stomach ulcers or damage to the intestines, but the most common side effects are:

Like all stimulants, the longer cocaine is used, the more the user needs to achieve the same level of excitement and euphoria. In the meantime, unpleasant withdrawal effects begin to accumulate. Long-term users say that although the drug no longer produces much of a ‘high’, they still cannot stay away from it. There is a persistent unsettling sense of craving the drug.

Withdrawal of cocaine produces the opposite of the high. After a cocaine binge, the user has feelings of apathy, irritability, depression and disorientation. They may sleep for long periods, be lethargic and drowsy ravenously hungry and have vivid dreams. These symptoms usually decrease in a few days or weeks. However, like with many drugs, cravings for cocaine may endure for longer periods and could develop quickly, years after people have become clean.

Methods of Use: Injecting, Smoking or Snorting

Recreational use of cocaine is usually in one of three ways; snorting cocaine powder, smoking freebase or crack, or by intravenous injection of dissolved powder cocaine. Some users also apply it to the inside of the mouth and other body parts.

Side Effects Of Snorting Cocaine

Snorted cocaine is prepared by pouring a small quantity of the powder on a smooth surface such as a mirror. A sharp-edged tool, such as a credit card or razor blade, is used to chop the larger chunks into a fine uniform powder.

The powder is then formed into thin lines. The drug is snorted by holding a tube to one nostril and sniffing. Snorted cocaine reaches the brain in one to three minutes and produces a high for half an hour or so.

Snorting damages the nasal tissues and causes chronic irritation. The tell-tale runny nose of the user is due to the irritation of the mucous membranes lining the nose. Prolonged snorting leads to nasal ulcers and perforated septum.

Snorting cocaine can have dire consequences as it can lead to lesions, tumours and trauma to the nose, palette, and mouth. Those who swallow cocaine may experience intestinal issues. In severe cases, the intestines can become starved of blood and potentially bunch up and block flow. They may even grow too thin and weak to function properly and may burst. 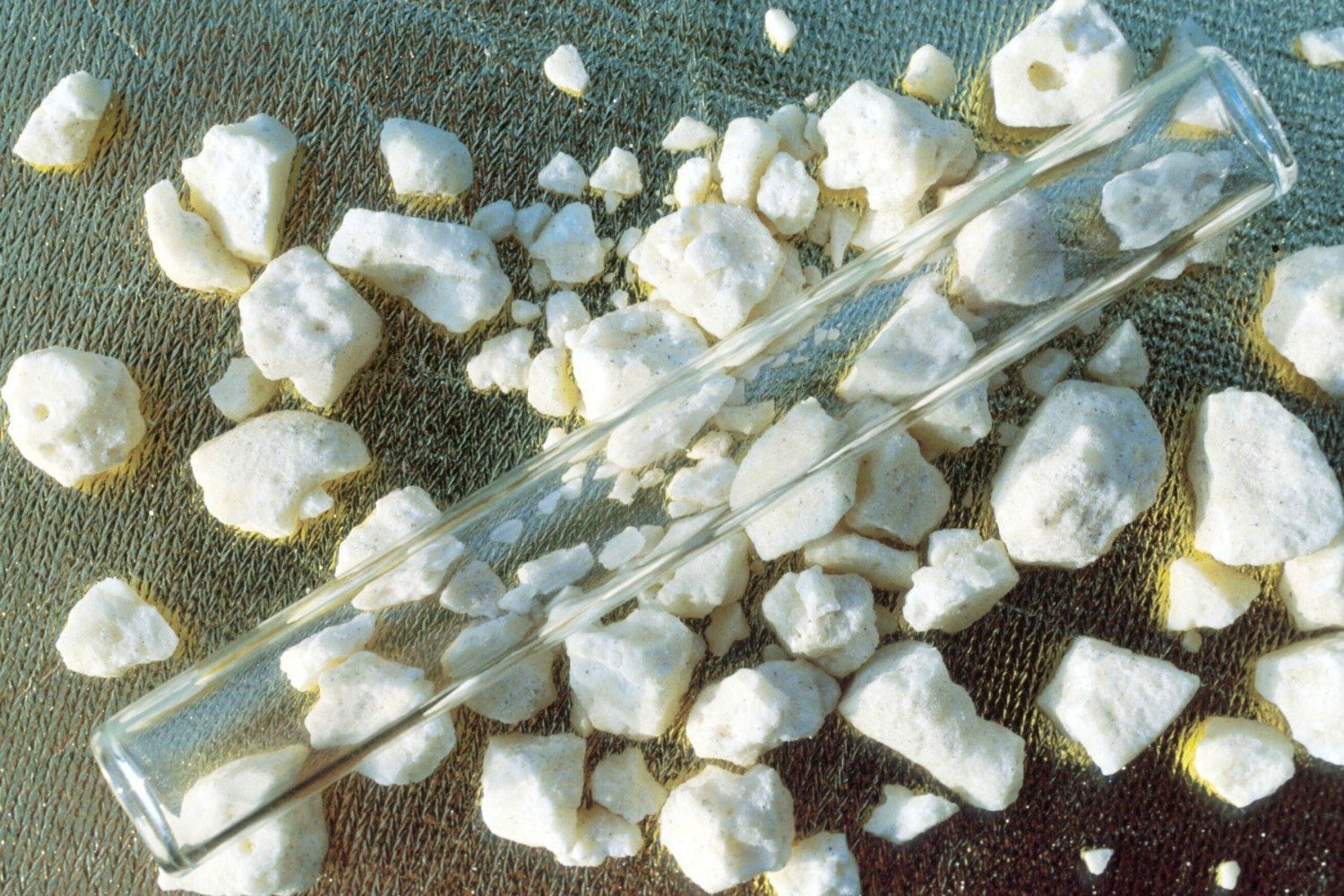 Side Effects Of Smoking Cocaine

Smoking cocaine or freebase can cause bleeding in the lungs when the small blood vessels burst. Many cocaine smokers develop a cough and chest pain that worsens with deep breathing. They may cough up phlegm that is black or tinged with blood. Smoking cocaine can risk causing the lungs to fill with fluid from injury to the small vessels lining the air sacs.

Smoking cocaine has the fastest effect producing an effect with 10 seconds and a peak in 3 to 5 minutes which lasts about 15 minutes. Because the high of smoked cocaine is so short and intense, it is especially addictive.

When people buy coke on the street, the drug is very often diluted or “cut” with any number of other chemicals like detergents, amphetamines and silicon. Those who use this impure cocaine, risk developing addiction and overdosing, as there is usually no way to determine which hazardous ingredients are being ingested.

When users inject the drug, it takes 15 to 30 seconds to produce its effect, which peaks in 3 to 5 minutes. The euphoric feeling can last from 15 to 30 minutes. With chronic injections into the skin, side effects can cause severe vasoconstriction (constricted blood vessels) that may prevent blood from flowing into the tissue, resulting in severe tissue damage.

Cocaine side effects on the body can include severe allergic reactions, and increased risk for contracting HIV, hepatitis, heart infections or sepsis (a blood infection). Since the drug is often ‘cut’ with toxic substances, it can cause abscesses, collapsed veins and even damage to the heart, liver, and brain.

Identifying someone who struggles with cocaine

It can be difficult to identify someone who may be struggling with cocaine dependency. In many cases, family members and friends only discover their loved one is struggling with addiction after they’ve been hospitalised.

Because the drug is a stimulant, users tend to have boundless amounts of energy. They can work faster and harder than everyone around them, and they’re usually very peppy.

However, this “peppiness” tends to have a certain unusual edge to it. The person may seem jumpy and a bit manic at times. Try to look out for these signs if you suspect someone of using cocaine.

Suppose you identify any of the following withdrawal symptoms and it’s suddenly replaced by boundless energy. In that case, there is a possibility that side effects may be a contributing factor to that person’s behaviour.

The first step to helping an addict is to voice your concerns. Let them know you’re worried about them and you’re there to help them. Tell them how their addiction is ruining the relationships around them and driving people away. Offer to help find the professional help they need to get their lives back on track. Let them know they will always have your support through thick and thin.

If they’re un-receptive to your offers to help them, let them know you will always be there for them and let them have their space. After all, you can only help those who want to help themselves. However, if they wish to receive treatment but don’t know what to do, we will be happy to refer them to one of many qualified clinics that will aid them in overcoming their addiction. 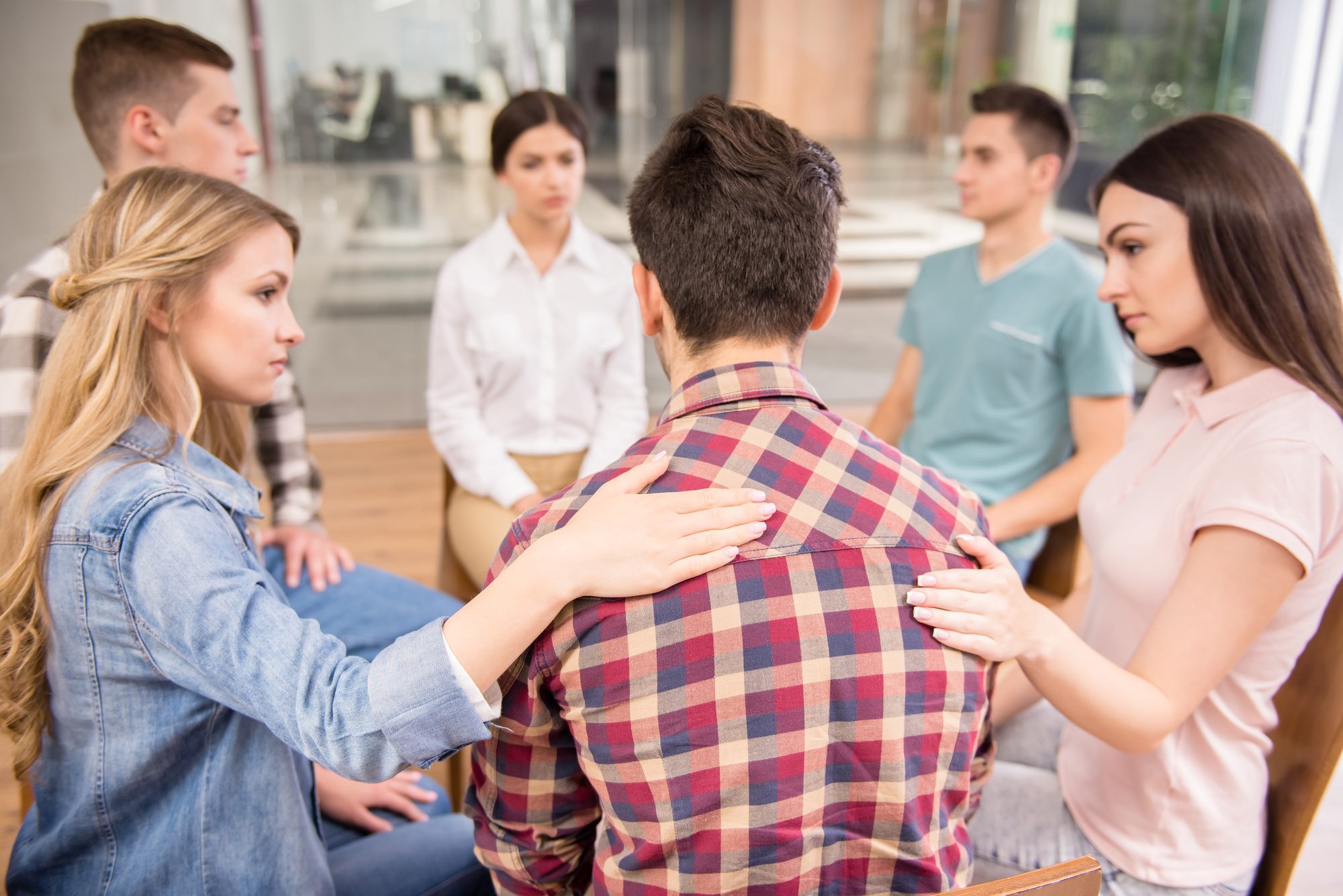 There comes a time for a coke addict when the drug stops working – a time when the coke, the other drugs and all the madness become unbearable. By then you just can’t stop, so you keep on using because although it’s killing you, it has become the most important thing in your life.

When you observe cocaine side effects & possible signs of cocaine dependency, you should take immediate action to ensure you receive proper treatment. There are many programmes that can help individuals who seek liberation from addiction.

If you or a loved one struggles with cocaine use, we can refer you to a professional clinic that has fully dedicated teams at the ready to provide help and support. These clinics are staffed by psychiatrists, psychologists, doctors, support workers and therapists.

Services include inpatient programmes that span from short-term to long-term care. Several programmes even provide housing projects that assist in long-term sobriety. Many highly qualified drug rehab clinics spread across the UK can help you or a loved one overcome your cocaine dependency. Remember, the first step to overcoming cocaine is the acceptance that you need help.

Recovering from cocaine dependency isn’t easy. It takes a strong will and hard work to overcome the addiction. Cocaine can completely overwhelm your ability to think for yourself. It’s a disease that slowly eats away at your will to resist, and eventually, you become a slave to the drug. If you suffer from cocaine use, seek the help you so desperately need before it’s too late.

An End In Sight for Cocaine Addiction