According to information collated by The Global Drugs Survey, London has recently been hailed as the ‘chemsex capital’ of Europe.

The report further found that young Brits are most likely to engage in chemsex in London out of all the cities in Europe, Canada, Australia and even the US.

Rehab Guide feel it is important to highlight the dangers of combining drugs and sex, as it is rarely discussed within the public domain. Sex and drugs are two things that as British we are conditioned not to speak openly about; add to that, because it is very much something that the gay community engage in and you have the perfect combination of taboo subjects that drives chemsex underground.

Chemsex is a topic that we cannot afford to ignore. In London, a chemsex party can be accessed at any time of day or night – thanks to today’s advancements in networking technology. With a click of a button or a swipe of a picture, a chemsex hook up can be arranged within minutes.

You may wonder why it is seen as a growing problem between two consenting adults; it is just a bit of harmless fun? The reality is that it is anything but harmless, it can carry severe consequences, and for the minority that become addicted to it, it can become life-threatening.

What Is Chemsex? And Who It Appeals To

Chemsex parties, often hosted by dealers of chemsex drugs, are where men meet up to take drugs and have sex. The drugs are taken purely to facilitate, enhance, and prolong sexual activity. It is a term that is associated more with the gay and bisexual community. Although heterosexual chemsex exists, there is a far smaller percentage, and it tends to be less problematic in heterosexual encounters and relationships.

Traditionally the party drugs were cocaine, MDMA, Viagra and poppers but frequently, these are being substituted with other drugs such as;

Crystal methamphetamine is known to be highly addictive, and it can be snorted, swallowed, smoked or injected. While crystal meth use is not known to be particularly popular amongst the general population of the UK, its powerful euphoric and stimulant effects make it the perfect drug to facilitate, enhance and prolong sexual activity.

Alcohol, while not considered to be a drug by most people, does lower inhibitions and relaxes. Alcohol is the most commonly used substance in chemically enhanced sexual activity and is often mixed with illicit drugs for a more significant effect.

These drugs, or a combination of them, are often mixed or combined with alcohol for more pronounced effects. Cocaine, solvent inhalants, ketamine and crack cocaine have also been known to be used but to a lesser extent. Chemsex drugs are usually smoked, swallowed or snorted.

“Slamsex” is a term used when drugs are injected intravenously instead of swallowed, smoked or snorted for an immediate and powerfully intense high. This form of chemsex, for obvious reasons, is the most dangerous. It can easily lead to overdose and increases the chances of transmitting blood-borne viruses through shared equipment.

Crystal Meth – The Chemsex Drug of Choice in London

The London boroughs of Lambeth, Southwark and Lewisham commissioned a report studying the use of illicit drugs within sexual settings amongst London’s gay and bisexual men. The report found that chemsex was more common in London than in any other part of the UK. The Global Drug Survey findings also backed this information.

The report published by The London School of Hygiene and Tropical Medicine detailed that nearly all crystal methamphetamine use reported was within a sexual setting and that 85% of GHB/GBL and 75% of mephedrone users reported that they used these illicit drugs solely to facilitate sex.

The Link Between Chemsex and HIV in London

The Terrence Higgins Trust, which specialises in men’s sexual health and living with HIV reported that London continues to have the highest rates of HIV in the country, 36% of all new UK HIV diagnoses in 2017 were London residents.

While the overall number of HIV diagnoses has steadily declined since 2015, when it hit an all-time high, it is still a considerable concern, especially in London, where chemsex is particularly popular.

The London borough with the highest proportion of residents who have been diagnosed with HIV is Lambeth – with just under 15 people per 1,000 living with a confirmed diagnosis of HIV.

London has the highest figures for chemsex HIV is no coincidence. One of the most significant risks is having unprotected sex with multiple partners. While under the influence of drugs and alcohol, safety comes secondary to desire and impulse.

The Dangers of Chemsex

With chemsex becoming more popular, especially in London, it is essential to understand the dangers that having chemsex can carry. Drug-fuelled sex is high risk for several reasons, and not all are related to sexual health.

Repeating chemsex can carry emotional, financial, social and physical consequences. The following chemsex documentary filmed by the BBC highlights the risks associated with chemsex and how it can impact an individual if they become addicted

Dangers and risks associated with chemsex include:

It is entirely possible to become addicted to chemsex. The more you engage in the activity, the higher your risk of developing a full-blown addiction. Chemsex addiction will cause you to become obsessed with arranging drug-fuelled hookups.

Over time you will need more drugs and riskier forms of sex to keep your cravings satisfied. Naturally, this will impact your sober life which will hold little appeal.  Addicts characteristically tend to be full of shame and guilt and find it incredibly difficult to ask for help.

If you or a loved one are suffering from an addiction to chemsex, it is vital that you seek professional help. What perhaps started as an experimental bit of fun can spiral out of control into a life-threatening condition. Chemsex addiction can cost you your physical health, mental health, emotional well-being, relationships with significant others and impact your career and social life. It is just as dangerous as any other addiction.

Free help and support for chemsex addiction can be sought through your local sexual health clinic, your local drug and alcohol team, your GP and 12 step fellowship meetings such as narcotics anonymous and sex addicts anonymous.

Chemsex is a dual addiction, both to the drug(s) involved and to the risky sex. For the minority that engages in chemsex, those that do so regularly are in danger of it progressing into an addiction. Addiction is a life-threatening illness that requires professional treatment and intervention.

For the minority that chemsex becomes a problem, there are often underlying issues that need to be professionally resolved so that they can recover. Undergoing private rehab treatment and chemsex counselling can be both life-saving and life-changing. 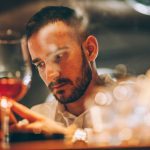 The time to take responsibility?