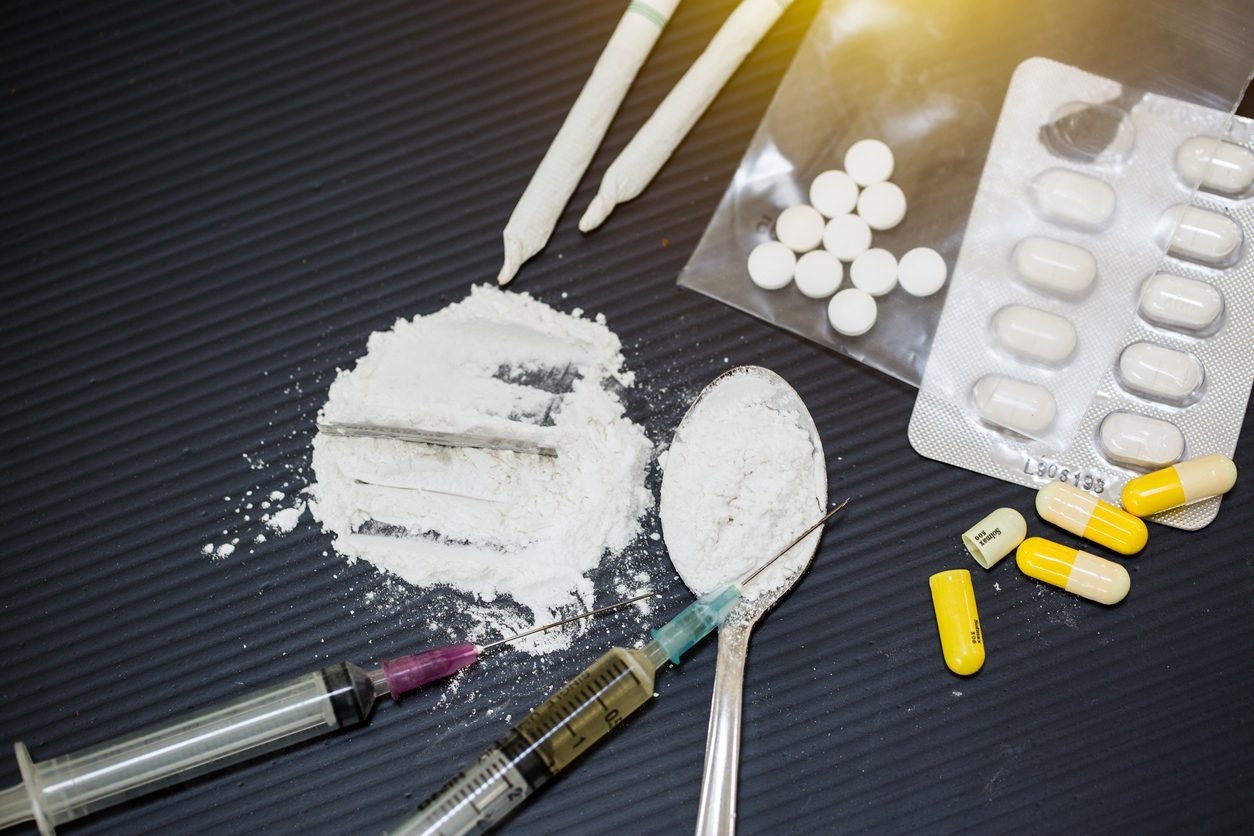 Drugs in Scotland and alcohol addiction in the UK is at an all-time high. But, no area of the UK has as many problems as the drug problems in Scotland. If you thought you knew what was going on when it comes to drug statistics Scotland, you’ve got no idea.

Below we’re going to share with you some of the drug statistics and what the government is doing when it comes to this war on drugs. We don’t tell you all of this to bring you down, but to let you know that there is hope out there for those that are fighting active addiction.

Read on now for everything you need to know. 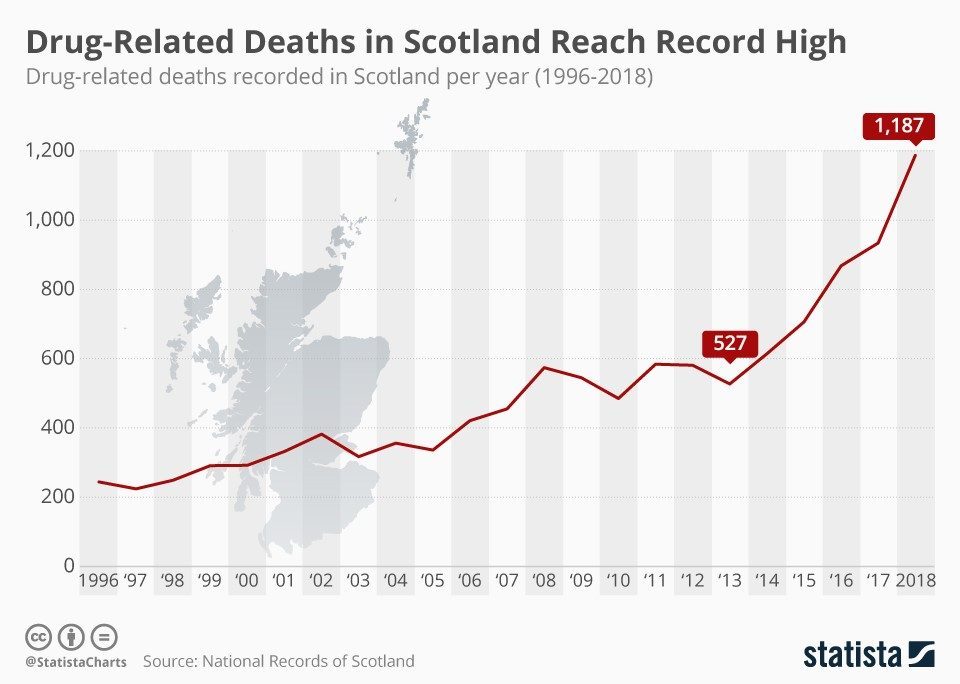 Source: National Records of Scotland. Statistics have seen drug death soar over the past 5 years

We stated that Scotland has one of the worst issues when it comes to drug addiction in the UK. In 2018, the number of drug-related deaths was a massive 1,187.

This area has seen a jump in these death statistics commonly amongst those that are between 35-44 and 45-54 years of age. Typically when these numbers are recorded, it could mean that the death was accidental or intentional.

Those that struggle with addiction or Scotland drugs may also have issues that lead to thoughts or acts of suicide. However, more drug-related deaths are accidental overdoes, heart attacks, liver failure, kidney failure, suffocation, and more.

The annual number of deaths from drugs is overwhelming and that’s why it’s more essential now that the UK gets control of the drug crisis.

Part of the job of the police force is to reduce the amount of drug-related crime and get the drugs off the street. When the use of drugs in Scotland skyrocketed so did the amounts that the police force confiscated when they were making their arrests.

The list goes on and on, but it was founded that the majority of those caught with these drugs and adding to the drug abuse in Scotland were under the ripe age of 20 years old. This may come off as a terrifying statistic when analyzing the Scotland drug problem.

Areas Suffering the Most

Some areas in Scotland are in poorer states than others. And in these areas, there’s going to be a more common issue when it comes to drugs and drug deaths. Here are some of the cities with worsening drug issues in Scotland.

Not only are these cities fighting with drug addiction, but they also have some of the highest drug-related death percentages in Scotland. The cities with the worst drug problems include:

Knowing what the drug statistics are won’t be of any use if we don’t understand what the government is doing to help fight this war on drugs. The government in this area is actively fighting to clean up the streets and provide the resources necessary for people to rise above their addictions.

With this many areas affected it’s no wonder the drug death statistics are rising. The war on drugs Glasgow and other cities is heating up as crisis continues to plague its citizens.

When the pandemic took the world by storm in February, it was something that no one was prepared for. Life as you and your loved ones knew it would soon change forever in all aspects.

And this also means that the regular routine that someone in recovery would go about seeking treatment. Instead of attending meetings in person facilities across the globe have closed in an effort to protect staff and patients from contracting the virus and spreading it to others.

But, even though the pandemic continues to keep people at home, the UK government has partnered with various people and started a wellness fund. These things are being done to make sure that those of you in recovery will continue to have access to the things you need to remain on the sober path.

Various programs are providing their personal help in fighting the ongoing drug issue, including:

For those that are looking to stay on track, you’ve got to take the initiative and get in contact with some of the places that are continuing to lend a helping hand to those in the community that are looking for it. They are doing all they can to fight the war on drugs.

These are just some of the drug and alcohol services in Scotland.

The task force looks to gain control of the drug abuse death statistics that are reported yearly.

For those that are currently in active addiction, the task force is going to look for ways to improve the current health conditions of users. When people are provided with ways to improve their help, it can help them to stay sober once they decide to enter into recovery.

After the task force completed their research, they then moved towards making suggestions to the higher powers to begin implementing these changes that would help turn things around in Scotland and other areas of the UK that are having problems with drug and alcohol addiction.

Drug Statistics: The More You Know

The drug statistic recorded in Scotland are staggering, and they’re shocking. But, when you equip yourself with the knowledge, you’re in a better position to do something about changing the things that are currently happening.

The Rehab Guide wants to be apart of that change that you’re looking to make in your life. We offer various programs that will aid you in your recovery and provide you with the tools you need to withstand the temptation to relapse.

When you’re ready to join others on the road to recovery, contact us because we’re ready to help you.