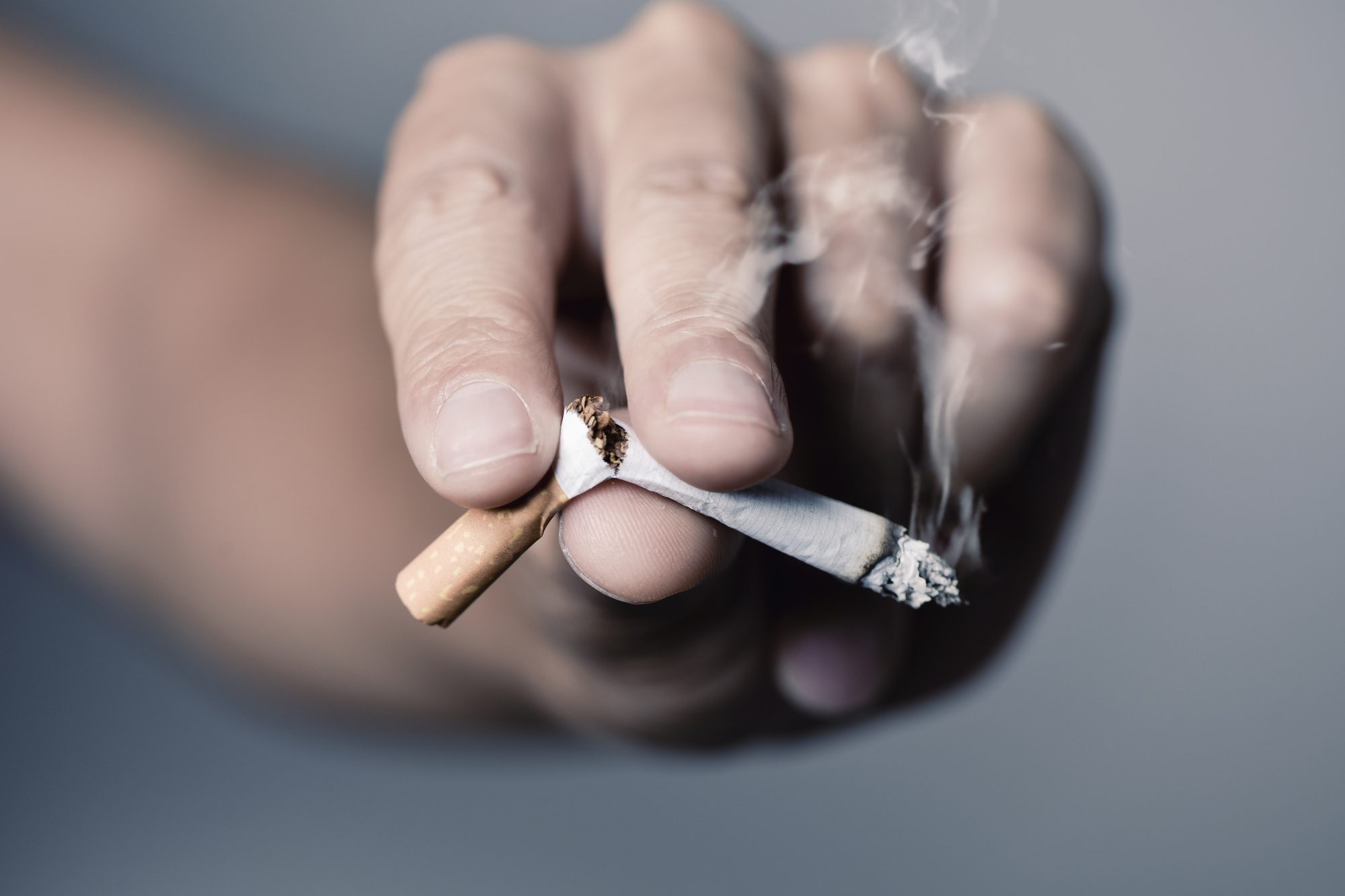 Champix and Alcohol – What You Should Know

Finding a way to quit smoking is one of the best things you can do for your overall health. Whatever the means of kicking that habit, it’s important that you do so.

That said, some smoking cessation agents interact with other lifestyle habits you may have. One smoking medication, Champix, offers a few negative drug interactions that are worth noting.

Champix is an anti-smoking medication used in conjunction with a person’s efforts to stop the habit. Taking Champix alone won’t make you quit smoking, but it will help cut the cravings if you’re trying to quit.

The active ingredient in Champix is something called varenicline.

Smokers get addicted to nicotine. Nicotine binds to particular receptors in the brain and body that trigger the release of dopamine. There are a number of nicotine-based smoking cessation drugs, although some people prefer to try and quit without the use of nicotine.

Varenicline might not be a perfect substitute for nicotine, but it does bind to some of the same receptors that nicotine does. This softens the blow of cravings and makes it a little easier to push through the first few weeks.

Varenicline also works as an antagonist by filling some of the dopamine receptors that nicotine would otherwise fill. In this way, the pleasure one experiences from smoking are not as intense.

This creates a less-enjoyable association with the act of smoking.

Individuals set a quit date and start taking Champix a couple of weeks before that time. The medication is taken for around three months after the individual has stopped smoking.

If you’re not confident that you’re over the hump, though, it’s possible to keep taking the drug for a longer period of time.

Side Effects of Champix

The difficulty with varenicline is that it can produce a number of adverse side effects in the individual who takes it on a regular basis. These side effects range from cold sweats all the way to aggression and digestion problems.

Both the body and the consciousness are affected by the use of this drug.

The most common issues to come from the use of this drug, though, are difficulties with sleep, unusual dreams, and depression. One or more of the symptoms above may be related to the way that individuals process alcohol while varenicline is in the system.

Champix and Alcohol Side Effects

Champix has an interesting relationship with alcohol. There are some very negative side effects alongside a few positive ones.

For one, some individuals who use Chantix and varenicline simultaneously report that they get more intoxicated. The mood or feeling that you have while intoxicated might be heightened as well.

Some people claim they are more aggressive or unruly when they combine the two drugs. Further, people report losing memory of the events of the drinking period, as is common when people blackout on alcohol alone.

Something in Chantix might constrict blood flow or stimulate the central nervous system in a way that interacts with the blood. That reaction causes the impact of alcohol in your system to become more prevalent in the blood.

When one blacks out from alcohol, their central nervous system gets depressed. Some of the essential body functions aren’t operating as they should. The frontal cortex and the hippocampus are also affected in a serious way.

Those two regions communicate to store both short and long-term memory. Someone who blacks out does so due to the central nervous system’s failure to make that communication. This leads some to believe that components of Chantix increase the influence of alcohol in the blood.

One interesting factor in the combination is that one study suggests that men who take Champix to quit smoking might have an easier time cutting down on their drinking as well.

Many individuals have a comorbid diagnosis of smoking cigarettes and drinking alcohol. Whether that combination is social, biological, or both, the fact is that many individuals participate in both substances simultaneously.

Men who had this comorbidity and tried to quit smoking had fewer heavy drinking instances than the placebo group. On the other hand, women who experienced the same set of conditions didn’t show any decrease in the amount they drank heavily.

One potential explanation for this is that these men were not smoking as much and had less interest in drinking. If they were accustomed to smoking and drinking in combination, they might not enjoy doing one without the other.

Further, quitting smoking might make a person change their habits. Those who are trying to kick the habit might avoid the bar. Drinking while trying to quit might ease inhibitions and make the individual more prone to having a cigarette.

Another idea is that this connection occurred because the dopamine receptors were already plugged by the antagonist in varenicline.

That said, there’s not a good explanation as to why this change only affected men. As women were not affected, it’s difficult to claim the biological response to varenicline and alcohol consumption reduction.

More research needs to be done on the side effects of Champix and alcohol to make a clear statement on the interactions one could expect.

Protect Yourself from Interactions

Because there isn’t clear insight into what may happen to you while using both of these substances at the same time, the best route is to avoid using them both.

If you’re someone who plans to quit smoking cigarettes but continue to drink alcohol, Chantix should not be used. There are enough possible complications from Chantix alone that should be taken with caution and at the behest of a medical professional.

The best way to avoid potential complications is to eliminate the combination in the first place. That said, your doctor might have specific insight or experience with the side effects of Champix and alcohol for individuals like you.

If these complications are enough to keep you away from using Champix, note that there are a lot of other options to try and quit smoking.

Many of these options don’t have an alcohol reaction, so the alcohol problems associated with varenicline won’t occur. It’s important to look into the specifics of any drug you take to see whether it will interfere with your lifestyle, but know that there are other options.

Nicotine gums and patches don’t tend to create any alcohol side effects. There may be some unique products on the market that do, but standard quitting methods like those aren’t associated with alcohol medication interactions.

It should also be noted that quitting cold turkey might not be safe. In the case of smoking, an individual might experience difficult withdrawals, but those pains don’t put a person in danger.

In the case of alcohol, though, severe instances of withdrawal can actually be fatal. If you have a comorbid addiction to alcohol and nicotine, it might be best to seek professional help to avoid significant health complications.

It might be difficult to acknowledge that you’re having trouble getting off of alcohol. If you’ve tried and tried again to no avail, it might be time to start looking to the professionals.

Treatment options are varied and can accommodate any individual’s life. Working with a professional can help you understand addiction, making it easier to find safe ways to recover.

Those who experience withdrawals when away from alcohol should seek help even if they could quit without it. The period of time when you’re having withdrawals is a dangerous one.

If you’re trying to quit smoking at the same time, the combination of withdrawals from both substances might be too much for your body to bear.

There’s a lot to look into when it comes to drugs and how they interact with each other. In a lot of cases, like with Champix and alcohol, those interactions could be dangerous.

Whether from personality changes or physiological risks, it’s important to know what to expect. We’re here to help you get the information you need.

Please explore our site for more insight into drug interactions, Champix and alcohol side effects, and much more?

Read About Other Drug Interaction