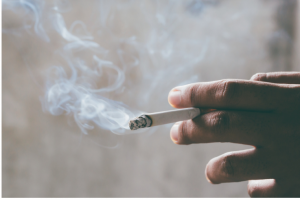 It used to be that you could see people smoking everywhere. Smoking would regularly be a part of any TV show, movie, or seen in offices of the government. Little by little, it has become almost taboo in society, even though it is still quite legal. This is because we have learned how addictive and cancerous smoking is. Nicotine, the main addictive ingredient in cigarettes and cigars, is one of the more cancerous substances on the planet. Nicotine addiction is a real problem, and it can, and should, be treated.


While symptoms will vary per person, they will typically display the following in the course of their time using:

While this is not an exhaustive list of all the possible symptoms of addiction, it should be enough to give you an idea of what a nicotine addiction looks like. Some people may not develop all of these symptoms, while some may have just a couple that are very bad.

Making the decision to quit


Nicotine addiction is different than other addiction, as it is not often treated within a rehab setting. This does not mean there is no treatment for it. Nicotine addiction and treatment is well-researched and can be handled individually with some support and help from medical professionals.

One obvious treatment for it is tapering off usage and easing into nicotine sobriety with the use of a nicotine supplement, like a nicotine patch or nicotine gum for example. This can be used when people are feeling the need for a cigarette and can be used to slowly cut back and quit. Other medical treatments involve using medications as a temporary aid to help with cravings and the anxiety and depression that surrounds withdrawal. These could be antidepressants or anti-anxiety medication.

Support groups can also be a strong help for people struggling with nicotine addiction. The ability to be around people that are going through the same thing and feeling heard and validated by them has been shown to be helpful in the recovery process. Ongoing therapy to cope with some of the symptoms of addiction, or to treat any of the underlying causes for it, has been shown to be helpful in nicotine addiction treatment. Using a combination of support, therapy and medical interventions have been shown to give people the best chance of remaining nicotine free.

Why should you quit smoking tobacco?

Nicotine in cigarettes and cigars is a legal substance and readily available, so what is the problem?  Cigarette smoking is the leading form of preventable cancer, so these symptoms of addiction should be taken seriously if you see them in yourself or a loved one.  Quitting can reduce your risk of death by any one of the multiple diseases that are caused by smoking by as much as 50%.

If you quit you will experience:

Nicotine and other Drugs

Because nicotine use is so prevalent, many smokers also abuse other drugs alongside of it. Alcohol is the most common drug used alongside nicotine, and can also be an obstacle to overcoming nicotine use. Those who are used to smoking a cigarette when they’re drinking will have a mental connection between the two. Quitting smoking can be much more difficult when continuing to drink.

Nicotine is also often abused with other stimulants, such as cocaine. Using both together can amplify their effects. Nicotine may also be a gateway into illicit stimulants.

Finally, you will not serve as an example to others about how to smoke. Smoking is a learned behaviour, that means people have to see it, do it and practice it for it to be something routine in our behavioural repertoire; it is not something that humans do naturally. If you quit now, you will not have to serve as an example of how to handle stress for another generation, which may include your own family.

Smoking, cigarettes and cigars, can be one of the deadliest things a person does. The list of chemicals and known carcinogens, cancer-causing materials, in a cigarette is long, and the companies making them have little reason to stop as long as people are addicted to them. Nicotine addiction is a serious and deadly disease, but it can be stopped with proper support. When a person stops using nicotine, the benefits to health are also long; the body will start healing itself of the damage done, and the risk of serious problems goes down immensely. Take the time to look into the benefits of a smoking cessation program and reach out for help. Nicotine dependence can be overcome.