A blackout is often referred to jokingly as a sort of badge from a rough night out. Is drinking until blacking out something to treat lightly, though?

We’re going to take a look at blackout drinking in this article, exploring what happens when you blackout, the dangers, and the relationship between blackouts and alcoholism.

If you’ve ever been ‘black-out drunk’, read this article for guidance.

What is blackout drinking?

A blackout is an instance when alcohol consumption causes a person to experience a gap in memory.

Blackout drinking occurs when a person drinks enough to interfere with the hippocampus’ ability to transfer memories from the short to the long term. This process allows us to live our lives with some idea of what’s happened and is a major force in our ability to learn.

Depending on the intensity of the blackout, people might have fragmentary blocks in memory or complete amnesia for a period of time.

Fragmentary blackouts allow the individual to keep some semblance of the night before, but there won’t be very much to work with. The person has short snippets of memory that fall into the timeline of their night.

In more severe instances, the entire night will be forgotten. You wake up and have no idea how you got home, what happened after you started drinking, and how you behaved the night before.

Extended use of alcohol can impair the hippocampus for the long term as well. This can result in cognition and memory issues in your daily life, whether you’re drinking or not.

Alcohol abuse might inhibit neurogenesis in the amygdala, which could explain lasting issues with memory and cognition. 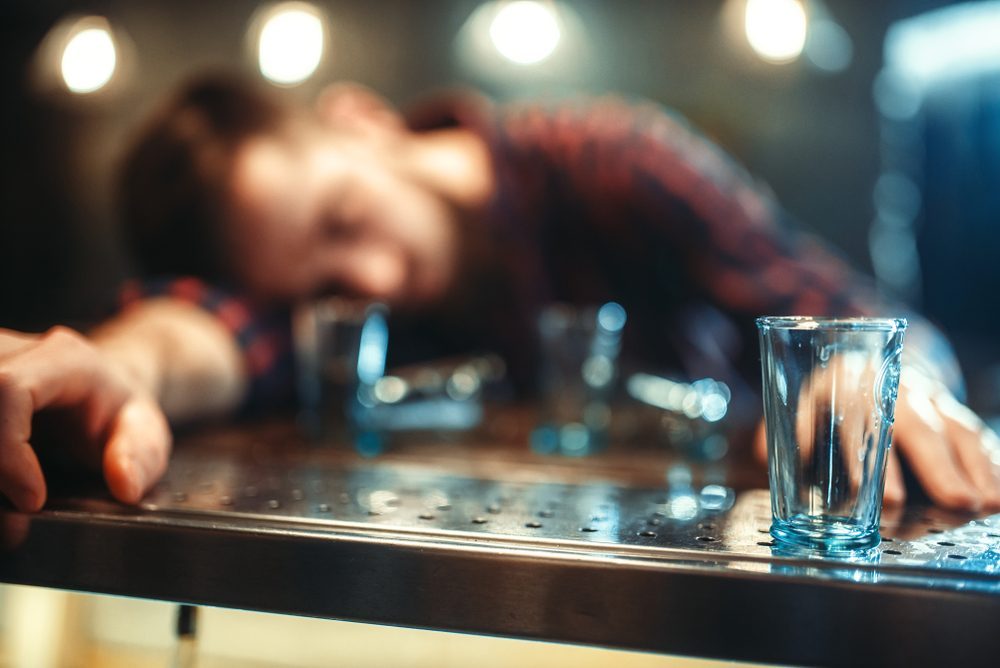 A blackout tends to happen when a person’s blood-alcohol content is around 0.16. As that percentage rises, the brain gets more impaired, and the blackout will get darker.

This is also the point when the person’s ability to think, speak, and move is hindered beyond what is considered safe. In other words, your behaviour might be dangerous, and you’ll have no memory of it.

BAC rises faster when you consume alcohol quickly. Of course, your body weight, diet, and personal biology can all play a part in this process as well. That said, binge drinking is often the cause of blackouts, especially when alcohol is consumed over a short period of time.

Medications that a person takes can also contribute to the speed and severity of a blackout. For example, sleep and anxiety medications are very dangerous to mix with alcohol.

Several complications could come from mixing alcohol with certain medications, but blackouts can occur after only a few drinks with the wrong medication interaction.

If you’re experiencing unexplainable blackouts, it’s worth looking into any medications you’re taking to see if there are potential complications. Also, anytime you get a new medication, talk with your doctor and research how it might interact with alcohol.

What are The Symptoms of a Blackout?

The signs and symptoms of a blackout may be different depending on the person. This is because nobody behaves exactly the same when they’re intoxicated.

You might meet someone who appears to be sober to find that they’re at a BAC of 0.2. But, on the other hand, most people at that level will be falling or wobbling when they try to stand up.

The common thread of a blackout is loss of memory. The visible symptoms will be those of someone who is very intoxicated. In severely intoxicated people, these symptoms might be delusions, dizziness, inability to walk, loss of consciousness, and more.

It can be dangerous to be intoxicated at that level, especially regularly.

Intense and regular drinking can cause damage to your frontal lobe. That damage might lead to different behaviour when you’re sober, altering your personality and ability to perform tasks.

There are also heightened risks of falling or slipping while trying to move. Again, these might seem lighthearted but slipping and falling when drunk can lead to serious injury or death.

Are Some People Predisposed to Blackouts?

Have you ever wondered why you blackout every time you drink alcohol or just the odd time?

Some people are indeed more prone to blackouts than others. This is particularly true for smaller individuals. The smaller you are, the sooner your blood alcohol level will rise and impact the amygdala.

That said, genetics might have a part to place in blackouts as well. The relationship between genetics and blackouts isn’t understood, but there are signs that a connection exists. So, if you find that you blackout more frequently than friends of a similar height and weight, your genes could be to blame.

There’s a lot to be said about a person’s approach to alcohol and their likelihood of blacking out. When someone drinks to get as intoxicated as possible, there’s a good chance that they’ll arrive at a blackout.

On the other hand, those who drink to be social or enjoy themselves might better understand when to stop. There are many reasons that a person might use alcohol as a way to escape or drown emotions, and those often lead to quick, excessive consumption.

So, the individual’s physical, genetic, and psychological makeup all impact their likelihood of a blackout.

The relationship between blackout drinking and alcoholism isn’t always a direct one.

It’s possible to go on a rare night out or participate in drinking games, have too much to drink, and have no memory of the night when you wake up. This is especially true if you don’t have a strong tolerance for alcohol.

In that instance, the individual wouldn’t show the signs of an alcohol use disorder. So blacking out isn’t a direct indicator of alcoholism. It’s just a symptom of excessive drinking at one particular time.

When a person blacks out regularly, though, it might be a sign that there’s an issue. Blackouts damage a person’s health, and they might interfere with relationships, responsibilities, finances and more.

Several things indicate alcoholism. The first is damage to a person’s relationships, job, or lifestyle due to alcohol. Further, the individual will continue alcohol use even though it has a negative impact.

As things progress, the individual might engage in risky behaviour that’s uncharacteristic for them when they’re sober. Over time, people need to drink more alcohol to achieve the same effects. When this happens, withdrawal symptoms might start to appear and require the person to drink much of the time.

If you’re experiencing blackouts weekly or monthly, it’s not always an indication of an alcohol use disorder. But, that said, it could be a sign of something deeper.

A healthy relationship to alcohol is marked by the ability to stop. But, unfortunately, there are times when drinking to excess is the norm of the situation, and the people around can do so in a safe environment.

When those circumstances aren’t there, and you’re unable to stop drinking to the point of blackout, it might be time to reconsider your relationship with alcohol.

Everyone is different, and different factors can play into the frequency of blackouts. However, frequent blackouts might indicate that you’re drinking too much and you’re unable to stop drinking when you start.

The impact that intense hangovers, gaps in memory with alcohol can have is also damaging to most people. When those downsides aren’t enough to push you away from frequent drinking, there might be signs of an alcohol use disorder.

If you have the creeping sense that alcohol is a problem, that’s a good sign that it is. If it’s not yet, the fact that you’re wondering about it is a sign that it could be time to rethink your relationship with it.

It’s natural to have those feelings, and acting upon them is a smart thing to do. But, unfortunately, alcohol is one of the most addictive substances we know of. That’s why so many individuals struggle with its use.

Regardless of who you are, a problem can develop with your relationship with alcohol. Therefore, it’s always worth checking in with yourself to see if you should cut down or stop altogether.

We’re here to help you explore that relationship if you think that an issue is developing. So whether you’re certain that it’s time to quit or you want to learn more about “healthy drinking,” we’re here to help.

Having Trouble with Blackouts?

If you or someone you know is experiencing blackout drinking, it might be time to rethink your relationship to the substance. We’re here to help you find your way. There’s a lot of hope for reestablishing your life and dealing with alcohol use disorders.

Contact us or explore our site for more insight into alcoholism, recovery, and more.