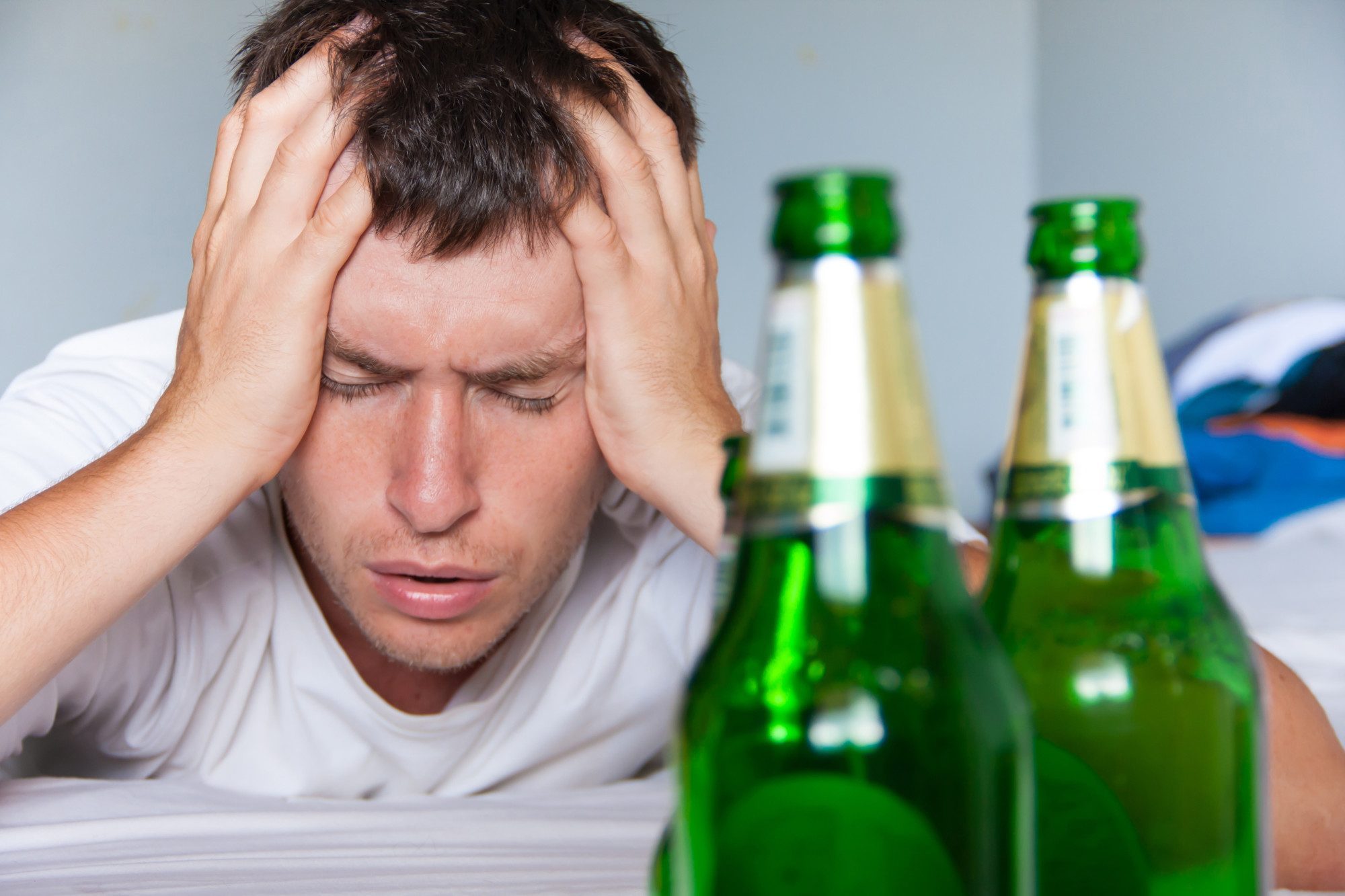 What is considered binge drinking?

Binge drinking is excessive alcohol consumption on a single occasion that causes heavy intoxication within a short time.

Binge drinking shouldn’t be confused with “heavy drinking,” many alcoholic drinks consumed throughout one day or a week.

Binging on alcohol gets a lot of attention in the media. But, unfortunately, it’s often glamorized and made to be something positive.

In reality, though, binge drinking poses many risks to our health and safety. It’s a complicated thing, and we’re going to take a look at what binge drinking is in this article.

Hopefully, the ideas below will give you a better idea of what binge drinking is and establish a clearer picture of healthy relationships to alcohol.

What is Binge Drinking, Anyway?

We tend to think about binge drinking as just “drinking a lot” or a little more than we’re supposed to. So how much qualifies as binge drinking, though?

The technical amount differs based on your body type and size, but the basic categories of over-drinking are split among men and women. For example, for women, binge drinking abuse means having four or more full drinks in the span of two hours.

It means drinking five or more full drinks in two hours for men. A “full drink” is different depending on the type of drink. For example, one 12 oz glass of beer, a 5 oz glass of wine, or 1.5 ounces of spirits constitute a drink.

Naturally, there are more petite men and larger built women, so the rate changes based on who you are. For example, your blood alcohol rises to or above .08 in a period of binge drinking.

So, the binge drinking definition is just drinking to excess over a short amount of time. The reality changes based on who you are.

As a binge drinking session continues, your body cannot process the alcohol fast enough, and you get progressively more intoxicated. Becoming intoxicated isn’t a problem, but getting to a dangerous point is.

Your BAC drops about .01 per cent for every forty minutes that you spend drinking. So that’s around the same percentage that you gain per drink, per hour.

The blood-alcohol level compounds as you drink more over shorter periods. Each additional drink per hour holds a little more weight, but the amount of time it takes to sober up remains the same.

For example, if a man were to have five beers in two hours, his BAC would be around 0.11 per cent. His fifth beer added .03 per cent to his blood-alcohol level. So then, the fifth drink takes about three times longer to leave the system than the first one did.

Your first drink is the one that adds .01 to your system, meaning it’s the only one that only takes 40 minutes to eliminate.

When you consider intense binge drinking, you can see how things escalate quickly.

What Are The Long Term Effects of Binge Drinking?

As your alcohol levels rise, you increase the risks that come with being severely intoxicated. Physical injury is a common issue, and the loss of inhibition contributes to that risk significantly.

The dangers, though, are alcohol poisoning and overdose. When a person has so much alcohol in their system, their essential bodily functions stop working. Those typically have to do with your autonomic nervous system, which regulates things like breathing, heart rate, body temperature, and more.

Generally speaking, the point when you’re at risk of overdosing is a BAC level of around .3 per cent. For people of about 100 pounds, this happens when you’ve had around six drinks. So, for example, someone of that weight who drinks ten drinks might find themselves at a BAC of around .51, which is incredibly dangerous.

A man of 180 pounds would need to have 12 drinks in two hours to reach that level.

What does binge drinking do to the body to cause brain damage and death? In the instance of vomiting, the autonomic nervous system might not produce a gag response. So gagging is something that our body does without the mind’s help. When you’re too intoxicated, and there’s no gag response, a person will choke on their vomit.

When you consume so much alcohol in such a short duration, you’re overloading your body’s capacity to filter out toxins. So, yes, alcohol is a toxin when you look at it from a chemical standpoint.

Your heart rate can drop quickly, and your breathing can become shallow. As a result, some people pass out, and their gag reflexes don’t work as well, meaning they can choke on their vomit and possibly die.

If the alcohol poisoning is severe enough, you can slip into a coma, and death is possible here as well.

Blackouts are different from binges.

Binge drinking and blacking out often go with one another, but blackouts are simply when people lose their memory while consuming alcohol. Depending on the level of intoxication, a blackout can cause scattered loss of memory or erase an entire period of time.

This starts happening when a person is at around .16 per cent. This is the point at which the hippocampus begins losing its ability to transfer short term memories into long term storage.

In serious binges, blackouts are almost always a factor.

The long-term effects of alcohol can put an incredible amount of pressure on your liver. Eventually, it won’t be able to keep up. Instead, it’ll become damaged and repair itself so many times that it can’t do it anymore.

As a result, you’ll develop liver diseases such as:

Some illnesses can be reversible if you stop consuming alcohol early on. But if you don’t, you’ll be doing irreversible damage to your liver, which means decreased function in the future.

Binge drinking is bad for your heart health. People who binge drink usually go on to develop arrhythmias in the heart, where your heart beats irregularly.

If you continue binge drinking, you can also develop cardiomyopathy. Cardiomyopathy is a condition where it’s difficult for your heart to pump blood as usual. Eventually, this can lead to your heart failing.

Stopping alcohol consumption ASAP can reduce the damage you’re doing to your heart.

You might turn to alcohol to help you loosen up in social situations, especially if you have lots of anxiety surrounding them. But, while it might feel like it’s relieving your stress, it’s only temporary.

The psychological consequences of binge drinking  can cause anxiety. So if you keep binge drinking, you’re just perpetuating this ugly cycle where your fear keeps growing, and your health keeps getting poorer.

Instances of binge drinking don’t always mean that a person has a problem with alcohol. In many cases, binge drinking occurs in people who aren’t alcoholics.

Letting things get out of hand once or twice isn’t a clear sign that there’s an issue. Things happen, and different circumstances sometimes call us to drink more than we otherwise would.

Alcoholism is a disorder wherein a person can’t manage their drinking habit. There’s a dependency involved, and the individual leans heavily on alcohol to manage emotional stress or life situations.

Over time, psychological dependency gives way to physical dependence. There are cravings, withdrawals, and the sacrifice of many things to keep drinking. It’s not an exact science, and different people have unique relationships to alcohol, but the factors above are typical.

So, just because you’ve experienced a session or two of binge drinking doesn’t mean you have an issue. So when binge drinking becomes the norm, though, you should take a step back and reevaluate your relationship with alcohol.

How to Stop Binge Drinking

There’s no way around the fact that binge drinking is hazardous. But, as you drink more, your ability to make intelligent choices falls away. That means your impaired judgement might decide to drink too much for your body to handle.

It’s best to find a healthier relationship to alcohol if you’re going to drink at all. So the first thing to do is account for your weight and how much you’ve eaten before you drink.

You can then get a reasonable idea of how much your body can tolerate. For example, writing out your approximate blood alcohol level after a certain amount of drinks can help you count on how much you can drink.

Limit your risks of binging on alcohol:

Just knowing that alcohol levels compound as you drink more and having an idea of your tolerance can change things a lot. In many cases, people binge drink because they don’t know how much they can handle.

So, have an idea of your body’s limits and don’t exceed them when you go out.

If you find that you can’t stop drinking to excess, ask yourself if you want to keep drinking at all.

Options for Treatment of Alcohol Use Disorders

When it seems like binge drinking isn’t something you can control, there are ways to get help. Drinking to excess regularly can destroy a lot of your life.

Rehabilitation and treatment are great ways to get a grasp of your drinking and move toward a healthier lifestyle. However, it’s hard to do, so having some professional help is never a bad idea.

It’s also safer to go to rehab if you’ve been drinking to excess for a long time. It’s safer because you may have withdrawal symptoms that are dangerous enough to be fatal. Typically this isn’t the case, but it’s always safer to be in the presence of professionals if you’re detoxing.

What can happen when you stop binge drinking without detoxing:

Further, quitting alcohol isn’t just a matter of putting down the bottle. There are a lot of factors that lead a person to develop a dependency on alcohol. For example, some are genetically predisposed to develop an addiction, while most have valid psychological reasons to turn to alcohol.

Professionals can help you sift through the cause of binge drinking, helping you wind up with a better idea of yourself, where you’re at, and how you got there.

If you think it might be time to seek help, it probably is. There are so many reasons why people binge drink, and we’re here for anyone looking to binge drinking help.

Do You Think It’s Time for Help?

If you’ve noticed that you’re binge drinking often and it concerns you, it could be time to consider ways to quit.

Seeking treatment is the healthiest thing you can do if you’re experiencing alcoholism. So we’re here to help. Please explore our site or contact us about programmes, options, and pricing.

How To Stop Drinking Action Plan

Alcohol Use and Statistics in the UK