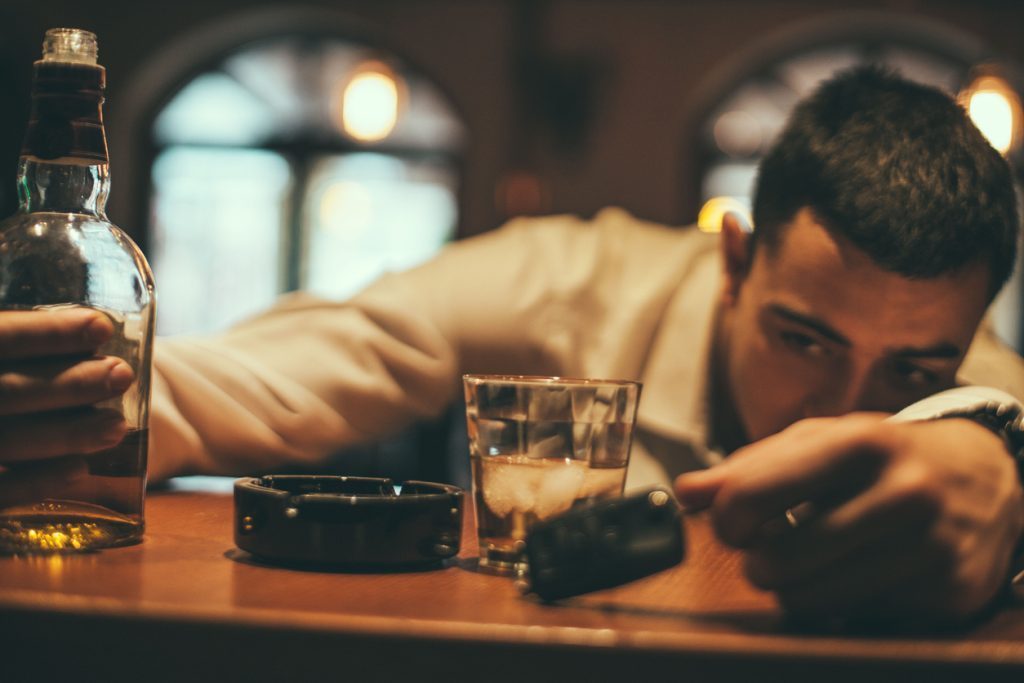 Post-acute withdrawal syndrome generally relates to a variety of side effects people recovering from addiction may face after an extended withdrawal period. They are invariably emotionally and psychologically based and can last long after you have completed drug or alcohol withdrawal.

This is the time when people in the throes of recovery deal with the most intense physical side effects of detoxification such as stomach pains, nausea, headaches or a heightened heart rate which could last for up to a week or two. Following the detox process, you could also show the signs of post-acute withdrawal syndrome, which can be just as intense.

If you have been living with an addiction to drugs or alcohol and have decided to quit, you can expect to go through withdrawal. It can be a painful, difficult process but a necessary step on the path to recovery. You may be experiencing the different types of symptoms which come with undergoing detox. Be aware though; if properly supervised, these unpleasant symptoms will decrease in intensity and usually subside when the body has become accustomed to being without addictive substances

However, in many cases, this may not mark the end of the withdrawal process. If you have completed detox, you may physically heal, but it can take a matter of months or even years for the brain to fully recover from drug or alcohol addiction.

It can be difficult for the human brain, to be deprived of the addictive substances it has become accustomed to, affecting its functionality. You may experience numerous side effects, from suffering sleep problems and cravings to what is known as brain fog, amongst others.

Post-acute withdrawal syndrome, otherwise known as PAWS is brought on by chemical imbalances in the brain, an after effect of long-term drug or alcohol use. If you deprive yourself of addictive substances, after taking them over an extended period, it may affect the brains functionality. Especially as it has come to rely on the chemicals, the drugs and alcohol create in order to work properly. This is how the brain can become accustomed to substances. They may alter the brains chemistry to such an extent that it cannot function without them.

However, when you have completed detoxification, and the toxins have been washed from your body, your brain will also need time to recover. Where it must learn how to function properly again, when deprived of drugs or alcohol, but this can take time.

If you are suffering from post-acute withdrawal syndrome, you may display a broad spectrum of symptoms. Their intensity and how long they last may depend on various factors from the substance, you are addicted, to the length of your dependency and your general health and wellbeing. Despite these considerations, there are numerous symptoms which are readily associated with PAWS.

There are numerous emotional and psychological signs from depression and anxiety to becoming irritable and displaying sudden mood swings. You may have trouble sleeping while conversely experience lethargy and exhaustion. If you are struggling with PAWS, you may be lacking in energy and enthusiasm, and your concentration may suffer.

When you first exhibit the signs of post-acute withdrawal syndrome, you may have problems with repetitive thinking. You may dwell on things or replay events repeatedly or may struggle with abstract notions. These are often the most commonplace and overriding initial symptoms, experienced as soon as you are affected with PAWS.

It is not uncommon to have difficulties with movement, mobility and memory. These can result from changes and imbalance in chemicals in the human brain, which will be naturally resolved eventually. Be aware though that, in certain extreme cases, long term alcohol addiction could lead to potential brain damage, resulting in lasting cognitive and mobility impairment.

If you are in the grip of PAWS, you also may find yourself highly sensitive to stress and may have confidence issues. There have also instances where, if you have been using drugs and alcohol over a long period of time may have come to rely on the addictive substance to create dopamine, the chemical in the brain which makes you feel pleasure. However, if you stop taking substances, one of the effects of PAWS is to experience the condition called anhedonia, where a person cannot feel pleasure. These are among the various unpleasant symptoms you may exhibit when suffering post-acute withdrawal syndrome.

Exactly how long you may be affected by PAWS can vary, depending on the intensity and length of your addiction. You may first experience the symptoms after a week to 14 days following acute withdrawal. Symptoms can peak after three to six months from when you stopped taking substances and may extend for a period of 24 months. However, they can come and go over an extended period, be it a month, two months or a year up to two years of sobriety.

PAWS will progressively get better over time, which can extend from six months to many years in more extreme cases.

How is PAWS treated?

There are many steps you can take to help you overcome the effects of PAWS. The symptoms are mostly psychologically based, you could speak to a therapist on an individual basis or as part of a recovery group, where you can develop a healthy coping strategy to assist you in your recovery.

You can also have the invaluable support of your friends and loved ones, who will help you deal with the stress of post-acute withdrawal syndrome.

There are other ways you can deal with the symptoms of post-acute withdrawal syndrome, which could assist you in your addiction recovery.

It is widely recommended you choose a healthy diet and get more exercise, as well as perfect your impulse control. You should also try and recognise and avoid any triggers which may heighten your symptoms and cause undue stress. It can already be stressful to enter recovery in the early stages, and this can often be increased while undergoing PAWS.

There is a medication called Acamprosate, which can be purchased under the name Campral, which is utilised alongside counselling in the treatment of alcohol addiction. It has also been found to be useful in treating the symptoms of post-acute withdrawal syndrome. Trazodone and Carbamazepine are other medications which have been employed to eradicate the signs of PAWS, for people in recovery for alcohol abuse. Many have also turned to Cognitive behavioural therapy to help them deal with cravings.

These are a few of the ways people battle and overcome post-acute withdrawal syndrome. The next step after detoxification where, in time, the brain can be fully healed and learn to function again, free of drugs and alcohol.

However, one of the biggest risks of PAWS is suffering a relapse, which can be common in the early stages of recovery. By identifying negative thoughts and emotions and dealing with the stresses which could lead you astray, you could continue the path of sobriety. This, while managing the symptoms of post-acute withdrawal syndrome, could change your life. It is never too late.

The risk of experiencing PAWS can be reduced by receiving professional detox, entering rehab, and receiving ongoing support and treatment well after initial substance abuse treatment has ended.