Alcohol and codeine are both addictive substances. When combined together, their effects become even more pronounced.

Codeine is a popular painkiller that can be purchased over the counter at pharmacies or by prescription in higher strengths. It is not uncommon for a person who regularly takes codeine to drink alcohol from time to time. However, this does not mean that it is safe.

Drinking alcohol, whilst taking codeine, especially in prescription strengths, poses a number of risks and dangers (to the respiratory system in particular).

The dangers of mixing alcohol and drugs

Mixing alcohol and prescription drugs can result in a dual addiction to both codeine and alcohol – a potentially deadly combination.

If you or a loved one have a problem with codeine and alcohol, please call our experts at Rehab Guide for confidential advice on the treatment options available.

The effects of mixing alcohol and codeine

Combining codeine and alcohol produces several effects, not all of which are desirable.

Mixing together may produce the following effects:

The stronger the codeine and the more alcohol consumed, the more pronounced and dangerous effects become 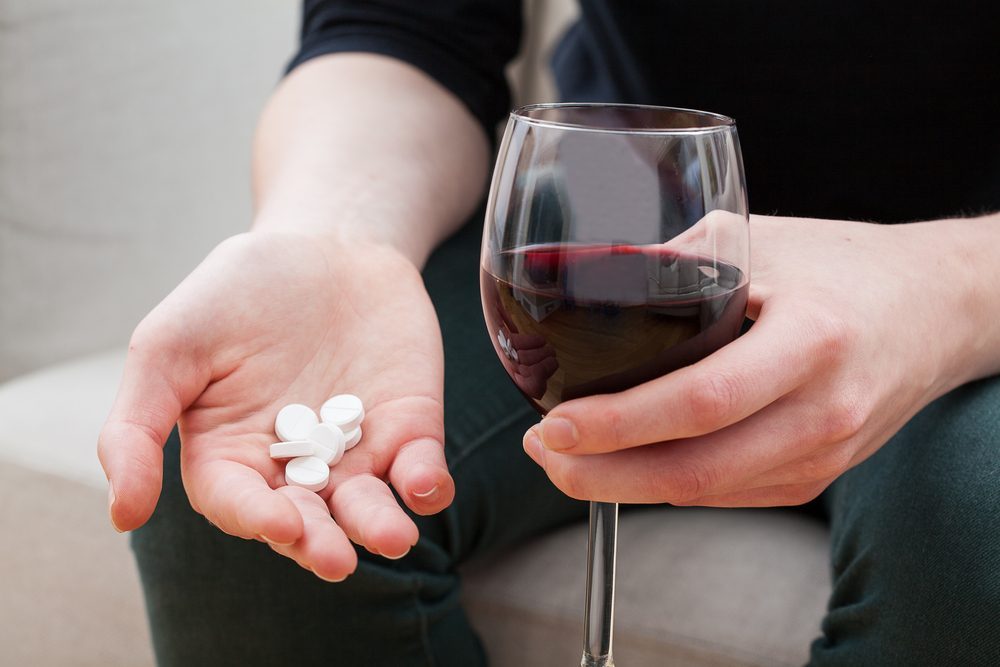 The dangers of mixing codeine and alcohol

Mixing codeine and alcohol can be fatal. Both are central nervous system depressants, and so both have a similar action in increasing sleepiness and suppressing the respiratory system.

By mixing codeine with alcohol, you are also more likely to lose track of your use and take more than originally intended.

The dangers of mixing codeine and alcohol include:

Cough syrup that contains codeine and promethazine can be easily abused. It appeals mostly to teenagers, who abuse it by combining it with alcohol or soda to increase its effects.

The use of codeine enhanced drinks became popular in the late ’90s and was given street names including Sizzurp, Syrup, Lean and Purple dank. 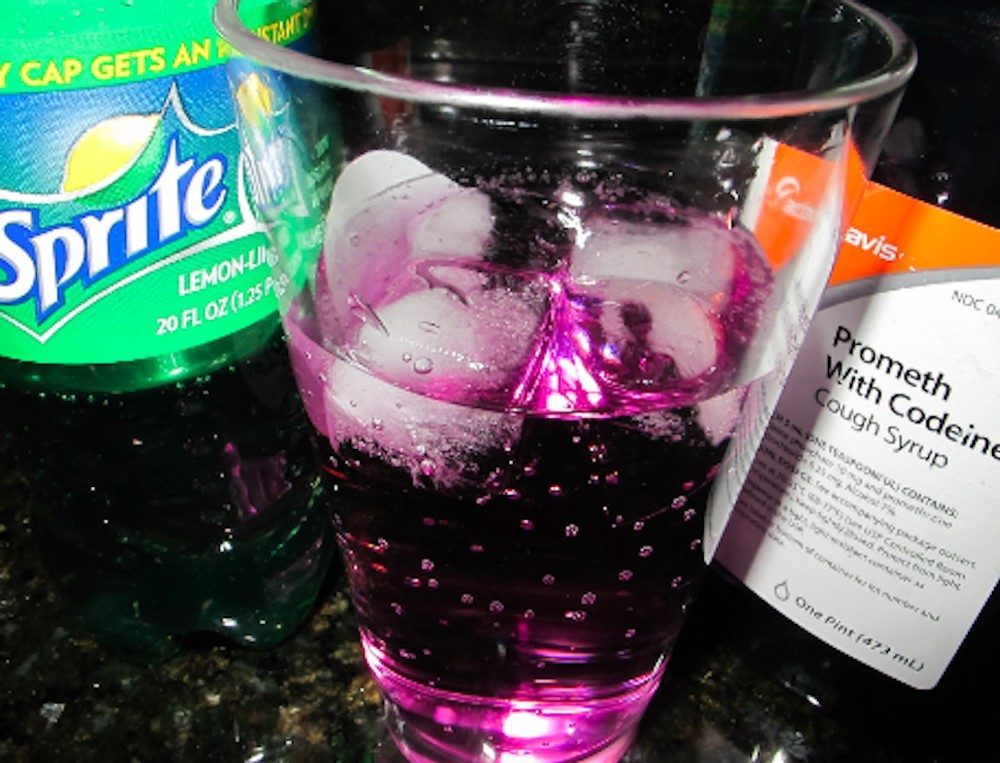 Image of Purple Dank, also known as ‘Lean’ and ‘Sizzurp’ –  a lethal combination of codeine, promethazine and soda.

Codeine based medicines and alcohol are also often abused with benzodiazepines (another central nervous depressant). Needless to say, the combination of any two is extremely dangerous in itself, but to combine all three is potentially deadly and can easily lead to overdose, coma and death.

Protecting yourself from the risks associated with codeine and alcohol

There are certain steps you can take to protect yourself from the dangers associated with codeine and alcohol:

Following these simple steps will help you stay safe whilst accessing effective pain relief. If you do develop a problem with codeine and/or alcohol, it is always better to seek help sooner rather than later.

Treatment for codeine and alcohol addiction

Effective treatment for alcohol and codeine addiction comes in the form of a full medical detox followed by a bespoke addiction treatment programme to help prevent relapse.

You will know if you have a problem with mixing alcohol and drugs, if you cannot stop using and drinking despite suffering negative consequences, or developing opiate or alcohol withdrawal symptoms.

If you have a dependence on alcohol or codeine, you should not just stop suddenly. This can cause life-threatening complications. With a mild or new dependence, your GP should be able to advise you accordingly.

A long-standing dependence and addiction that has progressively become worse over time requires far more intensive treatment in the form of residential rehab.

Rehab Guide specialise in the treatment of all manner of substance misuse disorders, including multiple substance dependencies, addiction, dual diagnosis and substance abuse.

If you or a loved one need help with a codeine and alcohol problem, call us today for information on our CQC registered detox and rehabilitation programmes.

Learn More About Alcohol and Drugs