Ayahuasca; The psychoactive brew that’s got everyone talking

When people speak of Ayahuasca, you may envisage spiritual ceremonies involving LSD type drugs in far off foreign places. Peru’s Ayahuasca industry has boomed over the last few years as tourists head to take the plant medicine Ayahuasca.

The psychedelic Ayahuasca is a plant-based brew that possesses strong hallucinogenic properties.

Typically, stories of taking the hallucinogenic tea tend to focus on out of body experiences and terrifying hallucinations.

Despite very little being commonly known about the benefits and side effects, this potent psychedelic drug has been around for thousands of years.

In this article, we review the pharmacology of Ayahuasca and the data available concerning its efficacy in the treatment of drug addiction. We try to provide a balanced and factual view to make a decision based on the facts rather than hearsay.

If you or a loved one are researching or considering undergoing Ayahuasca treatment for addiction or another mental health illness, it is wise to gather as much information as possible. We hope this page will answer some of the questions you may have concerning this ‘spiritual’ drug. 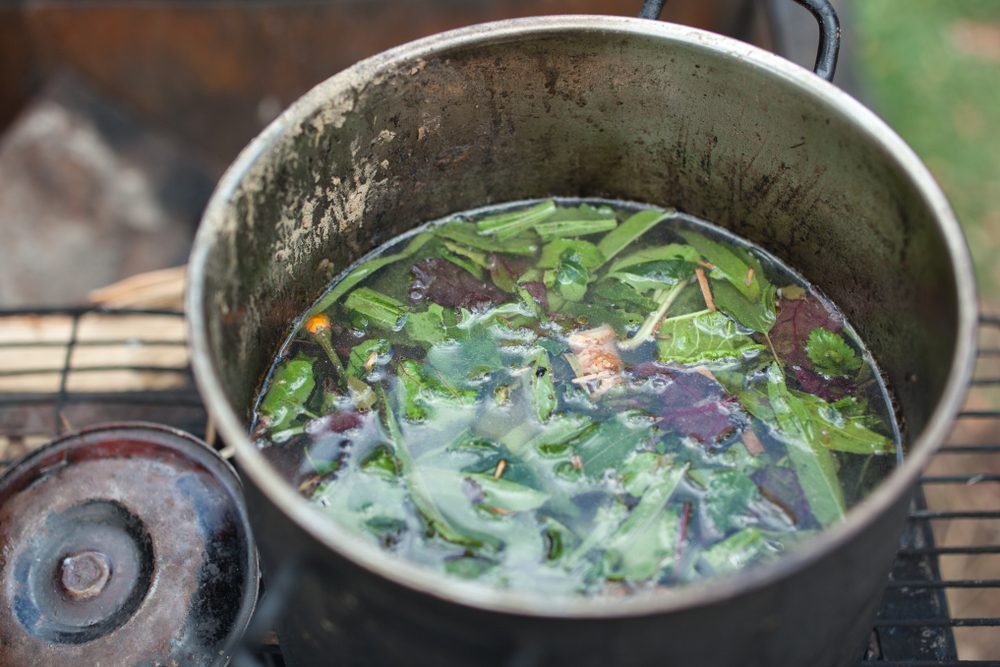 Ayahuasca is a potion or brew made from the leaves of the Psychotria Viridis shrub and bark or stems from the Banisteriopsis caapi vine. Both of these plants traditionally grow in South America. When combined, they provide a potent psychedelic brew. 1

Ayahuasca is not a mainstream drug and is only available in certain countries and known by other names depending on the country of origin. Common terms include The Tea, The Vine and La Purga.

Traditionally, the brew or tea is used for spiritual ceremonies in the Amazon basin where Bolivia, Brazil, Colombia, Ecuador, Guyana, Peru, Suriname and Venezuela exist.

Most of the Amazon basin is covered by the Amazon Rainforest, the world’s largest and most dense tropical rainforest. It is also the home of the Banisteriopsis caapi plant, where the main active ingredient is sourced.

The brew contains other native ingredients and plants to enhance the effects. Depending on where the mixture is made and by whom, recipes and potency will vary.

Some individuals seeking an answer for their addiction undergo Ayahuasca treatment hoping that it will magically resolve the trauma that drives their addiction.

What a ceremony involves 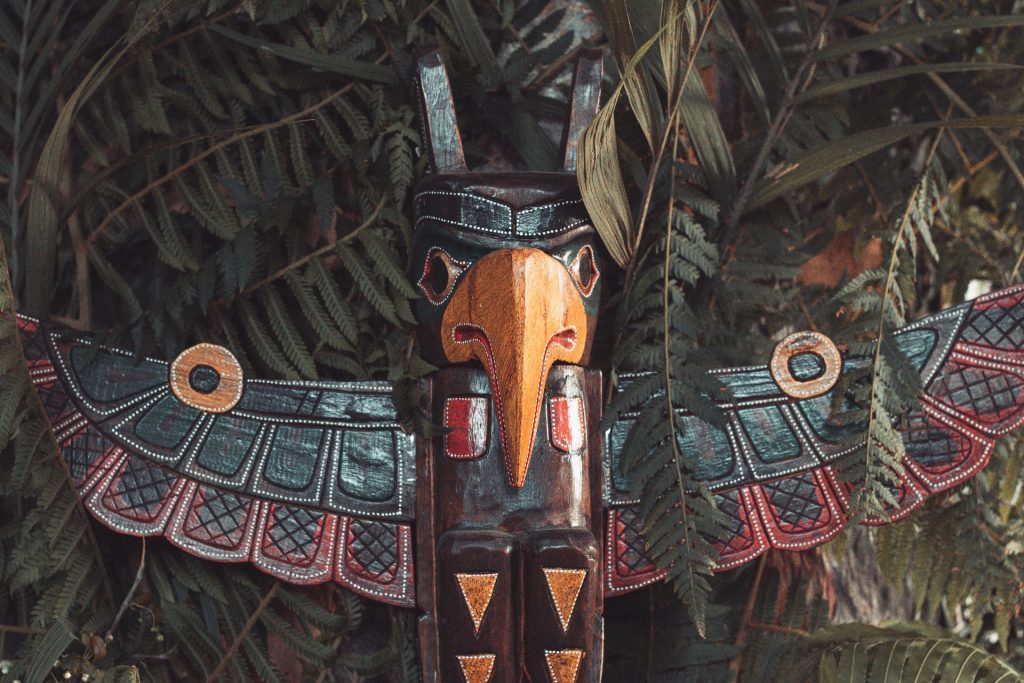 The native Shaman leads the ceremony. A Shaman is not a type of religion. Still, it refers to a powerful healer and person of medicine who can reach higher consciousness and connect with the spiritual world.

A Shaman is seen as a spiritual leader of native communities throughout history, and Shaman uses plant-based medicine and their ability to speak with the spirit world to provide healing to their people.

A Shamans role in a ceremony is central, and they will have prepared the ayahuasca tea in preparation for the ceremony. In different countries, the Shaman or healer will go under names native to their country.

Depending on the country and community holding the ceremony, it is held within what is considered a sacred space. This may be a clearing in the forest, a yurt, hut, tent or similar. Spiritual ceremonies tend to be held at night and last as long as the group feels the effects of the brew and all feel comfortable to leave following their experience. 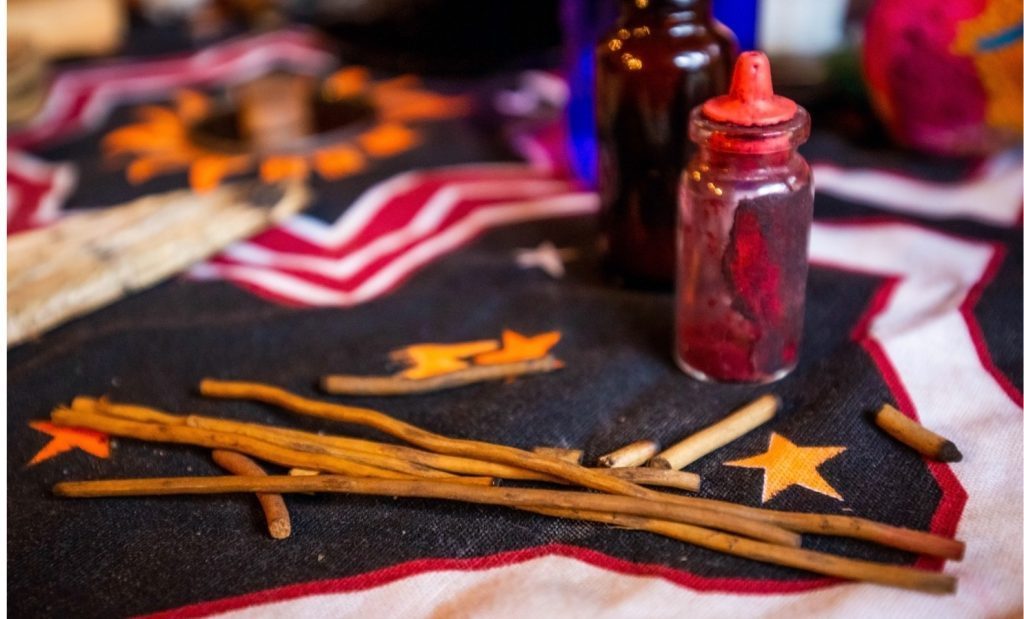 Due to Ayahuasca’s growing popularity, more and more retreats are being founded in countries native to the ceremonies.

Each ceremony will slightly differ depending on the Shaman who is leading it. Ceremonies also vary in how long they last. The Shaman will usually conduct a group of participants throughout the entire ceremony experience.

At the beginning of the ceremony, each participant will clearly state what they wish to be healed and their intention. Once the brew has been consumed, the Shaman will then perform a ritualistic song, ‘icaros’, which enhances the psychoactive effects.

The ceremony intends to provide deep therapeutic healing facilitated by the brew’s hallucinogenic properties. How each person reacts to the mixture can be very different, but each person can expect some common effects.

A person can feel the effects within 20 to 60 minutes after consuming the Ayahuasca tea.

How long the effects last is dose-dependent, but usually, they can be felt for between 2 to 6 hours.

In some individuals, the effects can last much longer. Participants may also experience ‘flashbacks’ of the ceremony for some time (weeks and months) afterwards. 2

With the onset of effects, physical symptoms such as vomiting and diarrhoea are commonplace and are viewed as part of the cleansing process.

Ayahuasca can interact with certain medications, antidepressants, psychiatric medications, weight loss medications and drugs to control Parkinson’s disease. Additionally, taking the brew is not suitable for people with specific health conditions. For example, there can be dangerous side effects if you have a heart condition or have past mental health disorders, such as schizophrenia.

The psychological effects of Ayahuasca include:

It is not uncommon for those who participate in a ceremony to experience both intense fear and euphoria whilst under the influence of the drug.

Adverse effects of “herbal highs” can include disequilibrium (loss of mental stability), intense terror, coma and even death. 3 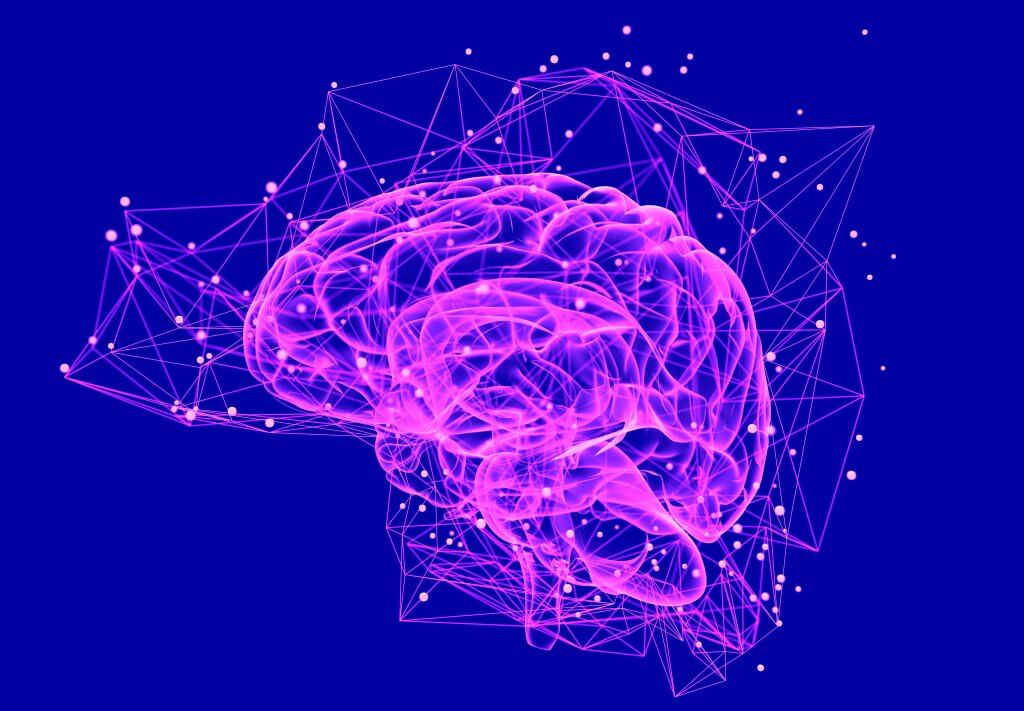 More recent scientific research into the possible benefits of “herbal highs” treatment shows that there are several ways in which a participant’s brains may benefit.

These potential benefits need to be carefully weighed up against the possible adverse effects. What is known is that different people react in different ways; there is no telling how you, as an individual, will respond to it until they take it.

How does it work?

The active ingredients in the Ayahuasca hallucinogenic tea are DMT and B-carbolines. These drugs have shown to exhibit neuroprotective and brain cell restorative qualities in some studies, including brain remapping due to new cell growth. 4

Some participants of ceremonies report they have undergone a profound change in their thinking and beliefs due to their experience. However, this is, of course, subjective and difficult to measure.

There is still not enough research on “herbal highs” effects on humans to say they are safe. However, all study points to a very personal experience whilst under the influence and the after-effects.

As a ceremony that is traditionally held by a spiritual healer in a very remote area, as opposed to having professional medical and therapeutic help present, if anything does go wrong, little can be done to reverse it.

Sadly, relapse of drug addiction does occur, and this is the nature of the illness. It does not necessarily mean that what you have tried has wholly failed. This does not always mean that you need a new treatment experience.  It is illegal in the UK because the chacruna leaves contain dimethyltryptamine (DMT), a Class A drug. It is also illegal in most countries, except for Peru. In the U.S., it is legal to use in particular religious groups as part of their healing ceremonies.

Because of limited research and information and the unregulated use of hallucinogens like Ayahuasca, people must realize that its use isn’t recommended. This is because there are so many unknown uncertainties, from what occurs and the possible long-term effects.

If you suffer from addiction or another mental health illness and are considering undergoing Ayahuasca treatment, we urge you to contact Rehab Guide. The drug rehab treatment methods we offer are evidence-based and thoroughly researched, and delivered by a team of fully qualified medical and therapeutic experts.