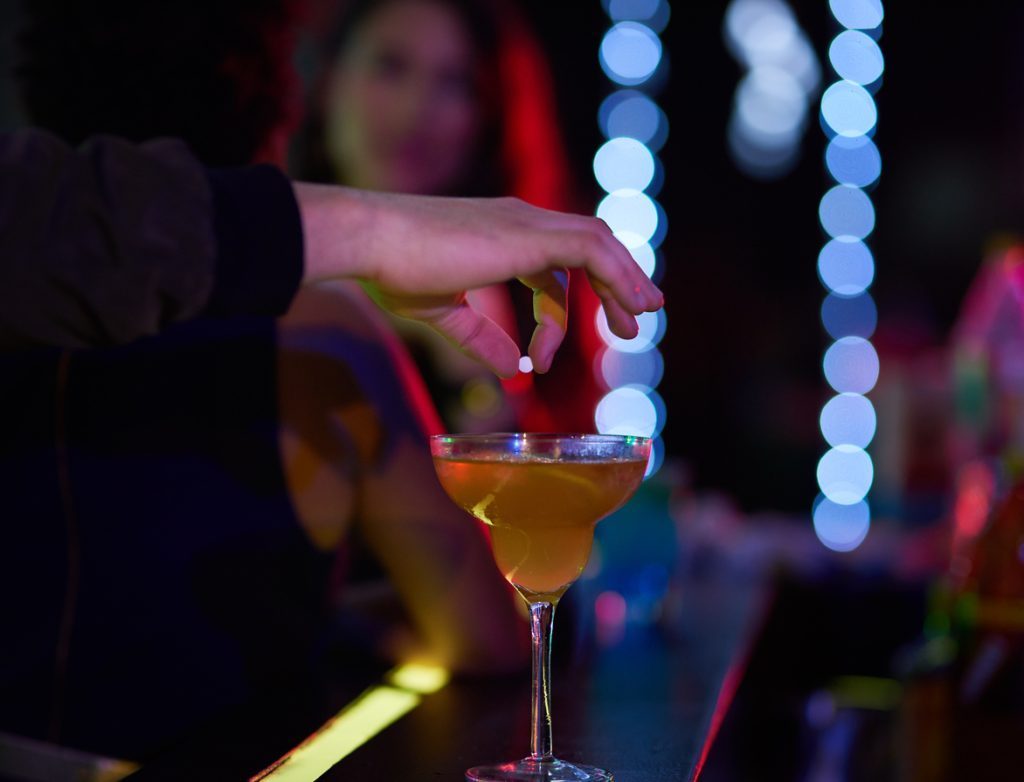 GHB (gamma-hydroxybutyric acid) is a dangerous drug with sedative and anaesthetic effects. Producing a feeling of euphoria which can reduce inhibitions and cause sleepiness. It is particularly dangerous when used with alcohol and other depressant or sedative substances.

It was first synthesized in France in 1960 by Dr Henri Laborit, a researcher looking for a better anaesthetic. He knew that it was actually the major inhibitor of the central nervous system GABA.

The first studies showed that it might have some promise as an anaesthetic similar to Benzodiazepines. It rapidly put patients into a deep coma. Unfortunately, it did not prevent pain, and it seemed to cause neurological problems, which dampened enthusiasm for its use in the operating room. Its ability to induce deep sleep, however, made the drug attractive to those who have insomnia. GHB became popular in it was sold at health food stores, gyms. By mail order, as a “natural” sleeping aid and nutritional supplement, Bodybuilders believed that GHB was an artificial variant of growth hormone that helped them increase muscle mass. Others took it for its euphoric or dreamy effects, and it became a popular dance-club drug.

Side Effects of GHB

If consumed in a small amount, it suppresses anxiety and stress. If you receive a larger dose, it can be dangerous. The brain may be overcome with information from various signals, leading to seizures.

Despite the risks, thousands still take GHB recreationally. However, if you take too much, you may build up a tolerance and have to increase your dosage, or it may take longer, to receive the full psychoactive effect.

There can be no way of knowing if someone has spiked your glass with Gamma HydroxyButrate as it is an odourless and colourless liquid. It is sometimes purchased as an oil in a miniature capsule or bottle. GHB is widely sold as sodium or potassium salt. The drug also comes in a powder or tablet which are easily dissolved in drinks.

GHB can be a hazardous substance due to its varying degrees of concentration. It can be hard for users to monitor how much they are taking, leading to an overdose. If you take higher doses by even a small amount, it can prove potentially fatal, especially when combined with alcohol. 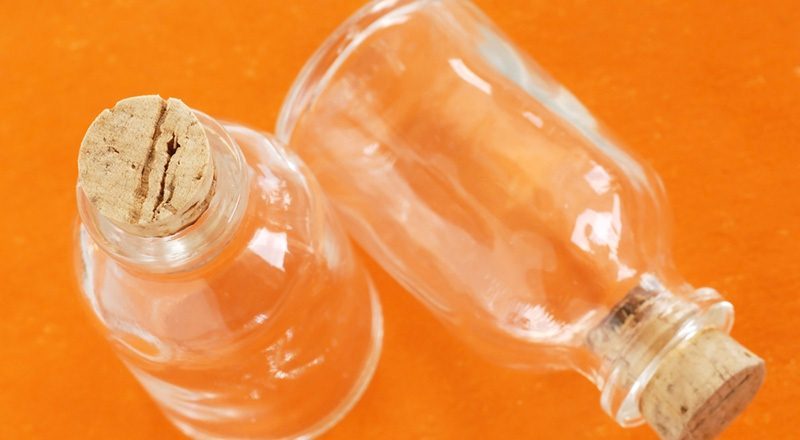 GHB is rapidly absorbed after swallowing, especially on an empty stomach. The maximum blood concentration is reached in 20 to 30 minutes with a typical dose, or longer with a more massive quantity or if it is mixed with food. The effect is usually felt within 15 minutes or so, with a peak at about 40 minutes. People vary unpredictably in their response to it, and the same person may react differently to the same dose on different occasions. The significant effects last for one to two hours, followed by an additional period of about two hours with more subtle effects. This pattern is much the same as alcohol, and some users take it in the same way-sipping it slowly over an evening rather than gulping the full dose at once.

The typical dose of pure GHB powder is one to three grams, taken as a drink when the powder is dissolved in water or fruit juice. Some people use as much as four or five grams, particularly if they use it often and have developed a tolerance to it. Street names for GHB include

Illegally made GHB and GBL powder is cheap and is usually sold in smaller units as a powder or mixed with water. One gram of powder can be dissolved in a bottle of water or as little as one millilitre of water (one-fifth of a teaspoon). Consequently, once dissolved, it isn’t easy to know what the concentration is unless the user knows both the purity of the original powder and the amount of liquid for the mixture.

A highly concentrated street form is available in small plastic bottles, the size and shape of hotel shampoo bottles. An individual hit might be sold at a dance club for as little as £1.

Raves began in 1987 on the Spanish island of Ibiza, when young people from Britain began to hold all-night parties during their holidays. The dance parties were easily arranged—just a simple sound system blasting out propulsive, trance-inducing, heavily electronic music. Drugs were plentiful, to help get into the mood and to keep going all night.

The ravers brought the dances home to nightclubs in Britain, and then, to avoid police harassment, to empty warehouses and open fields. Even though raves were kept secret until the last moment, the word always managed to get out to enough people. Some London raves had as many as 30,000 dancers.

Along with the increased use came reports of people slipping into an odd, comatose state, and of deaths from overdose. Emergency Departments were mystified by drugged patients who seemed to be in the deepest life-threatening coma but who, just hours later, woke up and could walk out.

Who Is Using GHB now?

The only medical uses today are in the treatment of narcolepsy and marketed under the prescription medication Xyrem, but it was not widely used since it sometimes causes seizures.

Although GBL is used legally in industry recreationally, GHB has been a Class C drug since 2003, when it was brought under the Misuse of Drugs Act. Anyone who supplies or possesses it, believing that it will be consumed, is breaking the law. And can get you up to 2 years in prison, an unlimited fine or both.

According to official figures from the Office for National Statistics, there were 120 deaths in England and Wales between 2014 and 2017 that involved GHB.

In the 1980s, GHB became popular as a nutritional supplement sold in health clubs. The sellers claimed that it would stimulate the brain’s production of growth hormone, building muscle and reducing body fat. Both bodybuilders and dieters eagerly sought out the drug.

Many bodybuilders are convinced that the drug helps build muscle mass. Some researchers speculate that there may actually be some truth to the claim, though not directly. Growth hormone is produced mainly during deep slow-wave sleep. If GHB increases the amount of this type of sleep, it may also lengthen the time that the body produces growth hormone.

GHB in the gay community

Reported to produce increased sex drive, it is relatively common for gay men to use the GHB drug as a recreational drug, during chemsex – when drugs are used to enhance sex between two or more partners – but heterosexuals also use it as a party drug. The use of these drugs by gay men in London appears to have risen sharply from relatively low levels.

Along with Rohypnol, GHB became known as a “date-rape” drug. Its reputation for sexual assaults came apparent after Britain’s worst ever rapist is believed to have attacked up to 195 victims after doping them with GHB.

If you are a long-term user, you may eventually feel you cannot function without GHB. You cannot enjoy yourself or experience pleasure, and the drug has taken over your life. You have evolved from occasionally abusing to having an addiction.

You may become accustomed to its euphoric, mind-altering effects and wish to experience them again and again. So, you repeat the process until the drug has altered your brain chemistry, and you cannot live without it.

Effects also influence dopamine in the brain, the chemical it secretes when we experience pleasure. The body eventually stops itself from being inundated with dopamine, setting off the reward section of the brain. Users enjoy this sensation and wish to replicate it, so they keep on taking drugs, leading to dependency.

People should be aware the drug GHB is a highly addictive drug, thought by some to be just as hard to give up as heroin. Its withdrawal symptoms can be more powerful and last longer than other psychoactive substances. GHB can also have harmful side effects, impacting both mental and physical health.

In a National Institute on Drug Abuse article, GHB was described as a type of drug that:

You may have slurred speech, blurred vision and muscle pain. There is a risk of infection, heart problems, kidney failure and liver damage amongst other conditions. In the end, though, there is the chance of unconsciousness, falling into a coma and death. In some cases, dizziness has continued up to 14 days after use. Other withdrawal symptoms that have been reported include:

Most withdrawal signs appear within hours after the last dose. 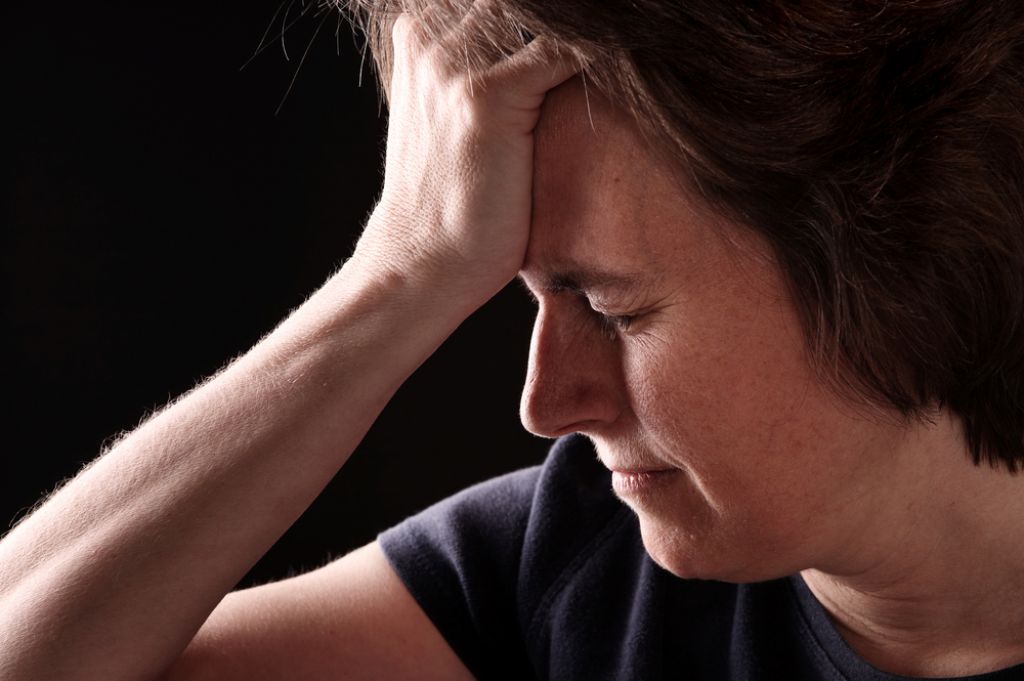 Daily use can lead to addiction, with both mental and physical dependency in a small percentage of users.

Some advocates claim that it can be used for years, or even decades, without becoming physically dependent. However, as there have not been any adequate medical studies on long term use, it isn’t easy to separate the possible consequences of the drug from the effects of other drugs or psychological conditions in long-term users.

The drug has been noted to cause changes suggesting epilepsy in the electroencephalograph (EEG) in animals, although studies in humans do not show an increase in epilepsy. Some researchers believe that the muscle spasms of users recovering from the drug are a form of epilepsy.

GHB’s ability to lengthen the deepest part of sleep may explain why some people believe that it increases growth hormone production, which occurs naturally during deep sleep.

The most dramatic feature of GHB is it is easy to overdose on and its ability to cause a coma-like state that can be very frightening. This is obvious to friends or loved ones; however, the user is usually oblivious to the effects, and also won’t remember any of it the next day.

It is never too late to get help. You could consider detox, under the care of a trained medical professional at a residential rehab clinic. It can be part of an inpatient drug treatment programme. They can monitor your detox and prescribe any medications, such as Benzodiazepines, you may need to help you through withdrawal. You could also speak to an experienced counsellor, in group therapy or on a one to one basis, to get to the heart of your addiction.

It could be the first stage of ongoing rehabilitation treatment to help you break free from GHB.