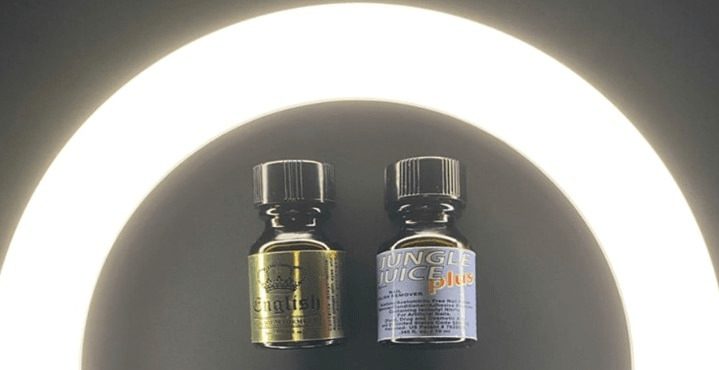 In the UK, poppers are usually sold in small bottles in liquids that produce a vapour that can be inhaled.

Commonly named ‘Liquid Gold’ or ‘Rush’, the popper drug is usually sniffed, achieving a sense of euphoria along with a head rush, and an increased sex drive. Poppers do however leave you with some undesirable effects such as nausea, nosebleeds and loss of coordination.

How Do People Take Poppers?

Amyl Nitrite Poppers are usually inhaled straight from the bottle by capping the hand around the bottle or from an absorbent material such as a cloth or a sleeve. One of the most common chemicals in the poppers group is Amyl Nitrite and was initially used to treat angina (a heart condition).

As of 2002, the newest popper was cyclohexyl nitrite, commonly sold in drug paraphernalia or “head” shops and adult bookstores as a head cleaner for VCRs. Cyclohexyl is chemically similar to amyl nitrite and butyl nitrite and produces the same effect when inhaled.

It may surprise you to know that the use of Poppers in the UK is not covered under the ‘Governments’ legal high‘ Psychoactive Substances Act. They are, however, controlled under the Medicines Act. They have been used recreationally since the 1970s, and they’re labelled for other uses because it is illegal to advertise them for human consumption.   They are commonly sold in little brown bottles and are highly flammable. They have a very distinctive and strong solvent smell.

Poppers are dangerous for several reasons. Dangers include chemically burning yourself upon inhalation, or by spilling or accidentally drinking the liquid. The risks of using are relatively low for healthy people compared to other volatile substances and other drugs.  However, long-term harm makes poppers very dangerous by leading to brain and organ damage.

However, statistics show that 18 drug-related deaths mentioned Amyl Nitrite on a death certificate death in England and Wales between 2001 to 2016.

Poppers reduce blood pressure and increase heart rate, and they are riskier for people with heart conditions, abnormal blood pressure, anaemia or glaucoma, and those who are pregnant.

What Do Poppers Do?

These chemicals are called potent vasodilators; in other words, the popper effect expands the blood vessels, directly impacting blood pressure. When sniffing poppers, you will experience a head rush that comes on almost immediately after sniffing them and can last a couple of minutes. This rush or high is caused by the body’s blood vessels dilating (opening) and blood rushing to the brain. 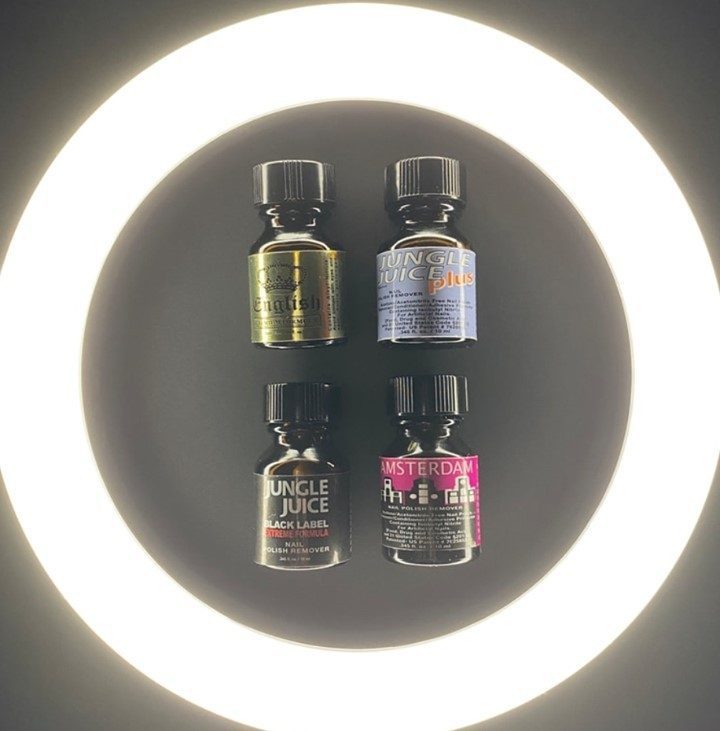 Poppers are often used during sex as they are believed to enhance orgasm and have been reported to increase the size of a man’s erection for a few minutes after sniffing the drug. But for some men, it’s the opposite, and they have trouble getting an erection after sniffing them.

Are Poppers Bad For You?

Once the initial rush is over, you will experience headaches that can last a few days if used heavily. Other reported side effects include hot flushes, rashes, particularly around the nose and lips, dizziness, nausea, and damage to the cheeks and face due to chemical burns.  These side effects will disappear after using the drug stops, although recovery may take a few days after heavy use. Be warned if you spill poppers on your skin or try to drink them, they will burn you severely.

A new study published online indicates that the legal high ‘poppers’ chemical composition is linked to retinal damage at the back of the eye. From a British Journal of Ophthalmology report, isopropyl nitrite is linked with a form of eye damage known as ‘Poppers Maculopathy. The findings prompt the researchers to call for a reassessment of the harms associated with these recreational drugs.

It’s useful to know that if you have low blood pressure, heart trouble or have had a stroke, do not use poppers – they will make your condition severely worse and kill you.

Poppers may increase the chance of tearing during sex, making it easier for HIV or Hep C to enter the bloodstream.

All nitrites are possible carcinogens, and isobutyl nitrite is a known carcinogen. In addition, long-term, frequent use may be associated with an increased risk of certain kinds of cancer.

Is It Dangerous To Mix Poppers With Other Drugs?

Amyl nitrite is a depressant drug that slows messages going within the brain and body. Elements that affect your risk include the kind of drug, the intensity and how much you take. Other depressant drugs are Alcohol, Benzodiazepines and GHB. Mixing drugs with alcohol will cause tremendous stress to the body’s vital organs. Mixing poppers with alcohol can increase the risk of reducing the oxygen supply to vital organs, which can cause unconsciousness and death.

Can You Get Addicted?

There’s no evidence to suggest that poppers are physically or psychologically addictive.

Poppers are extremely dangerous and can lead to sudden death at any time, so it is vital to get medical help detoxing from these drugs.

There are no withdrawal symptoms for poppers commonly associated with other inhalants. Since amyl nitrite is not addictive, no suggested treatment or rehabilitation regimen is specific to the drug. However, since poppers are often used in combination with other drugs, abusers are likely to benefit from drug dependency treatment programs, including counselling.

If you think you or your friend has a problem or has a popper addiction, contact Rehab Guide today to inquire about help and advice on 02072052845.

A Guide To The History Of Methamphetamine

What is Legal Highs?

Being Married To A Drug Addict: How To Help Them And Yourself