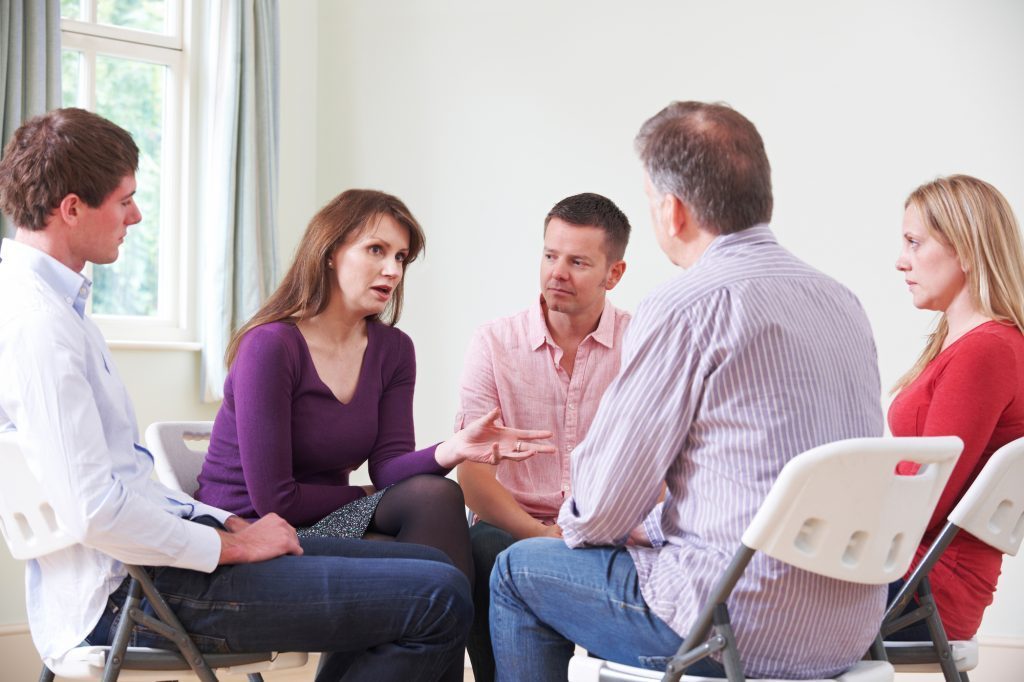 James Patrick Kinnon, also known as “Jimmy K,” is generally credited with establishing Narcotics Anonymous (NA) in Los Angeles, California, in 1953. He did this to help its members discourage the use of addictive drugs.

Alcoholics Anonymous (AA) had existed for 20 years at the time. It gained widespread attention for helping its members avoid the consumption of alcohol. AA concentrated only on alcohol and not substance use. Kinnon understood the advantages of the 12 steps of the AA method.

Jimmy K then thought about how a 12 steps program could also benefit people with drug abuse issues. He established NA and held NA meetings based on this new 12 step program.

For individuals with drug addiction, Narcotics Anonymous offers a 12-step program similar to the AA. Find out more below about the organization’s history.

The Rise Of Narcotics Anonymous

In 1953 Jimmy Kinnon and other AA members began holding separate meetings, which they named Narcotics Anonymous.

The AA granted Kinnon permission to adopt and change the AA Twelve Steps. For the NA twelve steps, he changed the wording in Step 1 from ‘powerless over alcohol’ to ‘powerless over our addiction.’ That is significant as it changed the focus on the addiction rather than on the abused substance.

In New York City, a recovering alcoholic, Danny Carlsen, formed another organization called Narcotics Anonymous. It died in the mid-1960s and was never related to the Sun Valley NA Kinnon.

Many of Narcotics Anonymous’s early published works were written by Jimmy Kinnon and are now used globally at over 70,000 NA meetings. He was the key donor to the Yellow Booklet and Little White Booklet used in the 1960s and 1970s.

NA offers many information pamphlets and NA booklets. In order to help members, these are available in many different languages throughout the world.

The Basic Text was the first-ever known to have been published by recovered drug addicts to treat drug addicts. It was first released in 1982.

The Expansion Of The NA

Before the NA’s Basic Text release in 1983, the number of group members was minimal.

However, in the 20 years since the foundation and publishing of the Basic Text, the word has steadily spread. Narcotics Anonymous meetings started to occur in many major North American cities, and it also started to attract some international coverage.

In the early 1970s, NA had moved to Australia. That officially made them an international organization. Soon after that, NA meetings began to occur in Brazil, Colombia, Germany, India, Ireland, Japan, New Zealand, and the United Kingdom.

At the end of 1983, NA had spread to more than a dozen nations, providing nearly 3,000 sessions worldwide.

What Are The Difference Between NA and AA?

AA was developed simply to help those with an urge to avoid drinking alcohol. Jimmy K created NA to help those with a substance abuse disorder, whether this was narcotics, prescription drugs, or alcohol. The only stipulation was they had to have a desire to live a clean life.

As stated before, the NA uses the AA 12 steps NA group model in most ways, with a few exceptions.

While the 12 steps of both AA and NA mention Deity or “higher power,” NA urges participants to decide what this means to them. NA encourages a heavy emphasis on moral values such as “honesty, open-mindedness, and willingness.”

Both organizations empower members to recognise the harm they have caused themselves and others. Each member has to atone to those they have hurt. They must also heal broken relationships and help others resolve their addiction.

Group support is an integral part of both organizations. Many studies have supported the therapeutic benefit of participants collaborating with other members.

Today, NA provides more than 70,000 weekly meetings in 144 countries worldwide and is recognized as one of the world’s oldest and most prominent international organizations of its kind.

What Happens In NA Meetings?

Meetings are generally discussions or speaker’s meetings. Discussion meetings encourage participants to share experiences. Speaker meetings are when one member speaks about their experiences to the group.

Here is what you can expect:

Groups can vary as to how they want to approach any meeting-related problems. What is important is that the meetings are where each member expresses their experiences and looks for strength and hope.

Here’s a short guide of words used at NA sessions, as set out in the NA Official, Intro to NA, leaflets and books.

That terminology should help you navigate your way in your first NA meeting. There are many more, but these will suffice as an introduction to NA lingo.

The Strength of Group Narcotic Therapy

The guidance, support, and friendship offered by NA groups are always of great value to people during rehabilitation. Also, those seeking recovery by providing support and sponsorship from those who understand their plight have experienced similar problems.

The non-pressure style of meetings and free subscriptions, and the adherence to confidentiality make NA an incredibly supportive organization.

NA meetings are hosted weekly across the UK, making it typically the most accessible resource for drug addicts other than the NHS.

If you’re dealing with addiction, accept your problem, and want help, are many clinics and agencies that are now operating around the world. Contact us now to discover how we can support you and reclaim your life from the clutches of addiction.