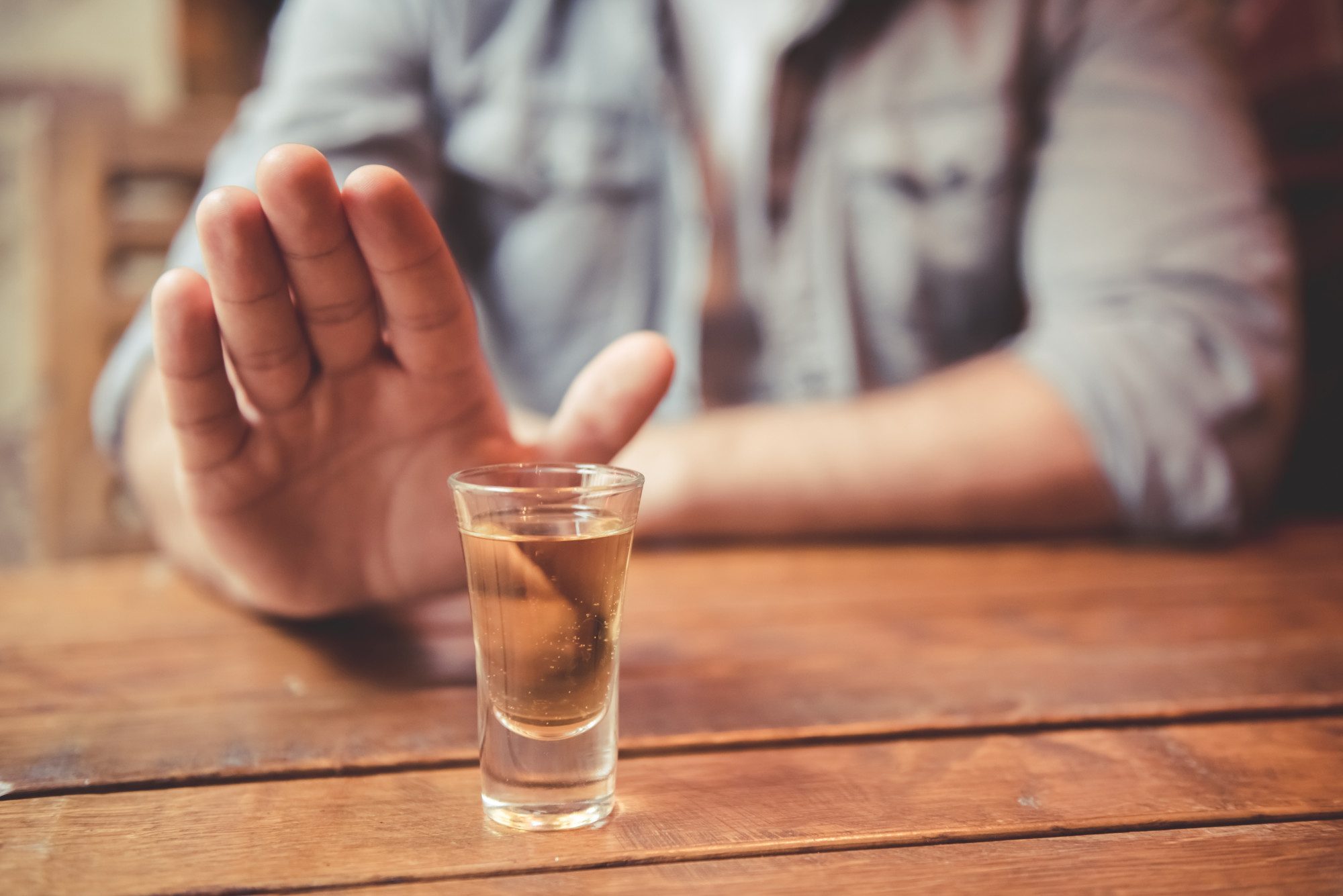 The way that a person experiences and interacts with alcohol tends to be pretty unique to themselves. Some people seem to have high alcohol tolerance, while others are intoxicated after the first few sips.

Further, some individuals grow dependent upon alcohol and addicted to it, whereas other people might be able to pick up a glass and set it down whenever they want.

We’re going to explore the relationship between alcoholism and genetics, alcohol and metabolism, and more in this article. Hopefully, we can give you a better idea of how the body’s relationship to alcohol is formed and what sort of factors contribute to those unique relationships.

Is there a gene for alcoholism?

How fast your body absorbs and processes alcohol is impacted by your genetics. Other than environmental factors like food and drink present in your system, the way your body handles the things you consume all depends upon your particular set of genes.

It’s difficult to know just where you get particular factors from, though. You might be able to see that your mother and maternal grandfather are quickly affected by alcohol and make a loose assumption that you get that trait from them. That said, there are so many factors that go into genetics that it’s difficult to know without an alcoholism genetic test.

There is, however, research to suggest that genetics play anywhere from 40 to 60 percent of a role in whether or not you develop alcohol use disorder.

That isn’t to say that there’s necessarily an “alcoholic gene” that ensures your dependence on alcohol, though. There are some other factors that come into play and contribute heavily. For example, one inherited trait that contributes to alcohol use disorder is a small amygdala.

The amygdala is an emotional command centre in your brain that helps you deal with stress, cravings, emotions, and more. When you inherit an amygdala that has trouble managing cravings and emotions, you might be more prone to falling prey to alcoholism.

Further, you might inherit a body that doesn’t let you know when you’ve gone too far or doesn’t make you feel as bad when you’ve consumed too much alcohol. That makes it a lot easier to consistently consume, become addicted, and fall right into alcoholism without feeling sick.

Another factor that comes into play is your natural production of serotonin. Those who have abnormal serotonin levels, usually on the lower side, might be more prone to depression and alcoholism.

Even the person who’s born with the right genes can become addicted to alcohol. Alternatively, the individual who inherits all of the “alcoholic genes” can absolutely go through life without experiencing alcoholism.

That’s why genes are thought only to play 40 to 60 per cent of a part in alcoholism. There are many environmental factors that can lead a person to alcoholism or prevent them from developing it.

For example, children who grow up in the household of an alcoholic are more likely to become one in the future. There’s also a connection between emotionally difficult childhoods and substance abuse. Abuse from an early age, whether it’s emotional or otherwise, will make a person more likely to develop alcohol use disorder.

Similarly, the development of mental illnesses can send a person toward alcohol use disorder as well. The difficult thing about putting a finger down on all of these factors is that many have a combination of genetic and environmental influence.

For example, depression might develop due to general discontentedness with the state of a person’s life, or it could come as a direct result of their genes. In most cases, there’s an interplay between those two. The lack of serotonin in the person’s body could lead them to behave in a way that causes them to be less content, and so on.

Another big factor in how well a person processes alcohol is how much tolerance they have for it. As a person drinks over time, it takes more to produce the same alcohol effects that they had originally.

Tolerance, it turns out, is a complicated thing as well. You might experience a different level of tolerance in different environments. Naturally, you’ll be less impacted by a glass of beer if your body has been getting used to alcohol for your whole life.

That said, all else aside, your high tolerance when drinking at home might not be the same as it is when you’re out at a pub with friends. The level of comfortability you have with the environment impacts how your mind responds to alcohol.

This can be a dangerous thing in some cases. You might overdrink, thinking that your tolerance is the same as what it tends to be at home. Maybe you’re comfortable drinking at a certain bar and don’t feel as drunk as you actually are.

Your blood alcohol level could be far past the legal limit, but your brain might think that it’s alright to drive because you feel less drunk.

Some individuals might have a genetic advantage when it comes to alcohol tolerance, as well. These individuals are naturally less affected or more affected by alcohol than the normal person.

People that have these tendencies are thought of as “lightweights” or “heavyweights.” Still, the reality is that, in most cases, their genetics are the reason they experience alcohol in this way, and it has nothing to do with their personality or attitude.

Metabolism is the process our bodies use to work through the nutrients that we ingest. While it breaks down food and drink in order to process the ingredients that we need, it also works through the toxins and unhealthy materials we ingest.

In a lot of cases, one piece of food contains both toxins and nutrients that we need. So, our metabolism is doing a good deal of work to keep us healthy.

Each person has a different metabolism. Take, for example, the ageing man who lives off of only ice cream, fast food, and other snacks here and there but remains thin as a rail throughout his life.

Alternatively, think of the person who eats well and exercises but still holds a little extra weight. These are extremely simple examples, but the point is that all metabolisms aren’t the same, and different individuals will have unique relationships to food and drink as a result.

Alcohol’s Journey Through the Body

We drink alcohol. Then it runs right through our digestive system. It enters into the gastrointestinal tract and almost immediately hits the blood. As the alcohol travels through the tract, it’s absorbed through the stomach and intestinal lining.

From that point, the blood carries the alcohol throughout the body, most importantly to the brain, and we become intoxicated. The more we drink, the more space the alcohol takes up in our blood, and the more intoxicated we get.

If there were an “average person,” we’d have a good idea of how long it would take that imaginary person to metabolize a few specific drinks. It’s supposed to take about an hour to metabolize a shot, 2 hours for a pint of beer, and something like 3 hours for someone drinking a big glass of wine.

While the body may not oust all evidence of alcohol from your body for a few months, the vast majority will be out within 48 hours. Of course, your conscious awareness and ability to function will recover far sooner than that.

Why do I have a high alcohol tolerance?

There are some environmental things that come into play when you’re thinking about how a glass of alcohol will affect you.

On the other hand, a stomach full of food helps cut that alcohol and absorb a good deal of it into the food rather than the stomach. That isn’t to say that you won’t experience the absorbed alcohol in any way, but it does help to keep a person from getting as intoxicated as they would otherwise.

The same goes for drinking water. Water helps to reduce a person’s blood alcohol content in relation to the amount of alcohol they’ve consumed. You won’t necessarily process the alcohol any faster, but you won’t be as impacted by it if there’s more water in your system.

Want to Learn More about Alcohol Use?

Hopefully, you have a little better idea of how alcohol and metabolism operate in your body. There’s a lot more to learn, though, and issues surrounding alcohol use are often complex. We’re here to help.

Explore our site for more insights into alcohol use and how people can break free from it.

How do I Handle Triggers?

How Much Does Treatment Cost?

What Is Inpatient Alcohol Rehab?

How Can I Stage An Intervention?